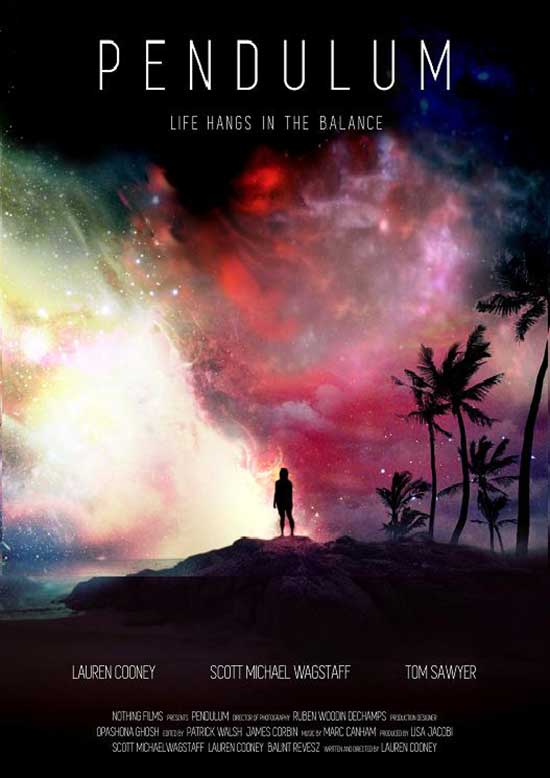 Two friends seek spiritual salvation in India, away from their hedonistic and disconnected London lives, in advance of the impending collapse of the Cosmos.

This story is science fiction based, which I will admit to my love of sci-fi right now. The premise centers on a rip in space, detected by the Hubble 30 years past, that spells the end of the Earth.  No metaphor involved,  literal destruction.

So human civilization has a lot of time to wait for this inevitiable end. As we get closer to the time, an entire generation of nihilists is born. They know they will never see past their 20s. This generation forgoes education, and indulges in sex and drugs and rock and roll. Endless parties are the bulk of their lives. If there’s no future to plan for, then why bother?

Our story is narrated by and focuses on Cerys (Lauren Cooney) as she navigates the hedonistic world of London. As the end of the world draws nearer, Cerys realizes she doesn’t want to go out like that. Her friend Gwylim (Scott Michael Wagstaff) had always forgone the party life, and together they travel to India to see the ending through.

Once there, they join a group of others following a spiritual leader called Derryk (Tom Sawyer) who is ostensibily preparing them for the end of everything through rituals of purification and rebirth.

But even the end of the world does not mean the end of problems, and things don’t go the way Cerys and Gwylim planned.

There is so much to unpack in this film. While very broad in scope, it still manages to be an intimate story about these individuals. Yea, its the end of the world but that’s not really the story being told.

The visual effects are absolutely stunning. According to IMDB, the budget for this film was 30,000 British pounds.  When i saw the budget, and looked back at the effects, I was blown away. Money well spent.

Its a heavy story, and there’s a lot of layers and a lot that could be triggery. Perhaps it hits a little too close to reality, in a way. If the world was ending, and there was nothing to do to prevent it, what would you do?

I found myself asking that question at the credits.  Watch this thing. Its one of the most amazing short films I have seen to date.