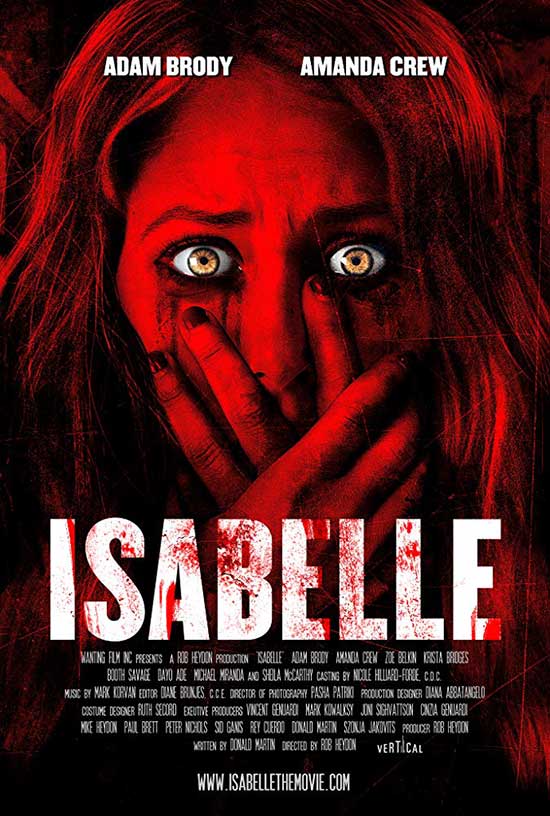 A young couple’s dream of starting a family shatters as they descend into the depths of paranoia and must struggle to survive an evil presence that wants nothing more than their very own lives.

The meat of the plot sees affluent couple, Matt (Adam Brody, O.C) and Larissa (Amanda Crew, Silicon Valley) moving into their new home. They seem to have it all: looks, money and a little nipper on the way. Unfortunately, after a run in with their creepy neighbor Ann (Sheila McCarthy, The Umbrella Academy), Larissa has miscarriage which winds up with her not only losing her baby but being clinically dead for a minute.

Returning home, Larissa is understandable depressed and struggles to cope with the loss of her child. Left at home by herself whilst Matt works, she soon begins to see and hear things that aren’t there, including that of her unborn baby’s cries. Whilst the couple try to work through Larissa’s mental health issues, they must also contend with Ann’s disabled daughter Isabelle (Zoë Belkin, Degrassi: The Next Generation) keeping a constant watch on them from her bedroom window. 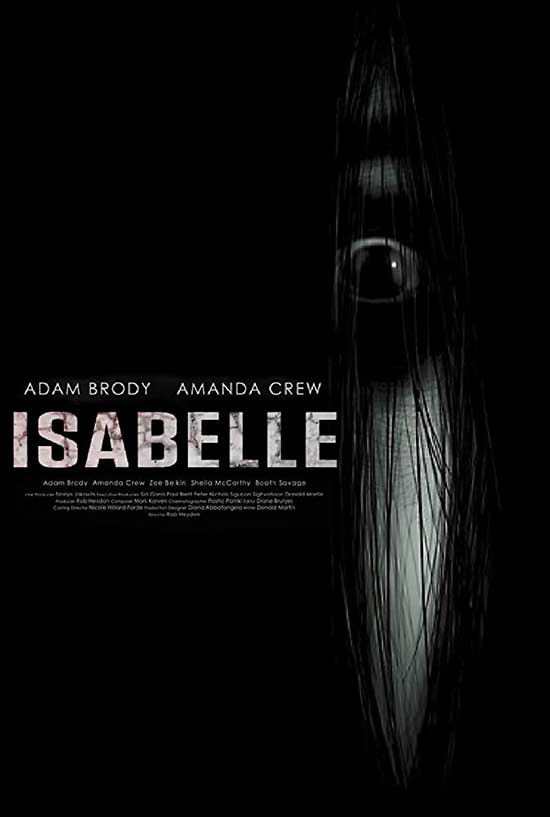 This perhaps one of the more derivative horror films to come out in a long time. Over the course of its runtime, everything from The Conjuring, Insidious, Rosemary’s Baby and The Exorcist are cherry-picked and presented as if it isn’t reheated leftovers. And at only 80 minutes, Isabelle shouldn’t feel as much of a slog as it does. The blame for this can be largely put at the feet of its screenplay from Donald Martin (The Hunt for the BTK Killer and, this one is a corker, Murder, She Baked: A Chocolate Chip Cookie Mystery).

Martin appears to have thrown everything at the page in the hopes that something, anything, will stick. As well as Larissa’s mental health issues, there are the cracks showing in her relationship with Matt, the fraught relationship between Ann and Isabelle, demon possession, ghosts, exposition in the form of flashbacks, Catholicism…. When will it all end! There’s so much going on that the film loses focus on what the audience actually needs to know. What’s happening to Larissa and how is Isabelle connected? Obviously, a true critic never gives away spoilers. Rest assured, I shall not be giving away any spoilers. Mostly because I couldn’t tell you what was going on. What can be said is that the ending deserves every groan and cry of ‘foul play’ it has hurled at it. You will roll your eyes so hard, there is a chance you may never see straight again. 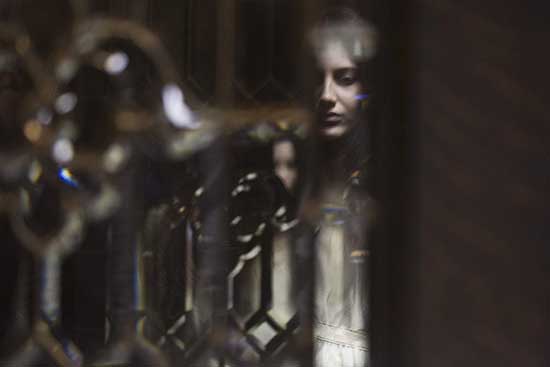 Haydon’s direction fails to sense of the script either as he tries to spice up the bland suburban backdrop with a dash of Gothicism. Failing that, everything is just shot in the dark in the hopes that it’ll look spoopy enough for the folks back at home. What it looks like is a direct to TV movie or, perhaps even worst, an Asylum knock off. In fact, there’s nothing you can say that won’t convince that Isabelle is so-called to cash in on Annabelle Comes Home which also came out in 2019.

Isabelle is an absolute misfire on so many levels, with perhaps the exception of Crew herself, who manages to ground the absurdity of the film with enough realism that you feel sorry for her whilst it all starts going incredibly bad for her. 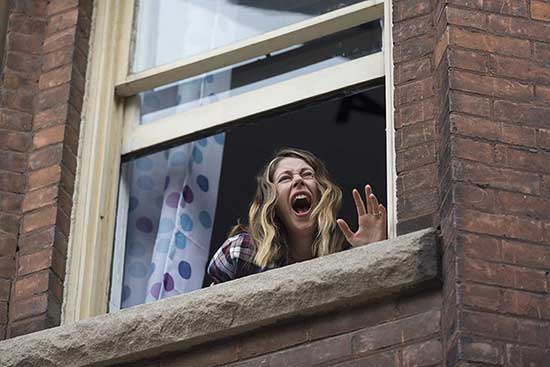 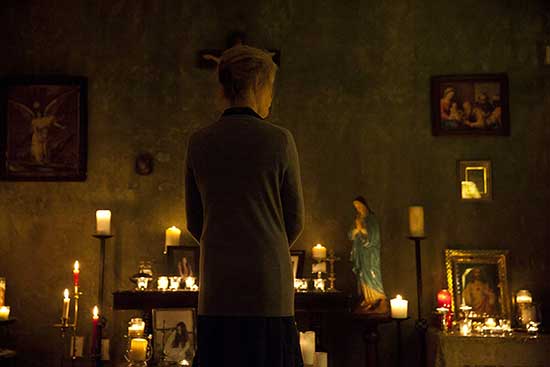 If you were looking for a film that tackled the same issues that Isabelle wants to, then you’re better throwing your money at Brandon Christensen’s Still/Born or Jennifer Kent’s The Babadook. Both films tackle motherhood and depression with a greater than could be said of this film. Avoid like the plague.