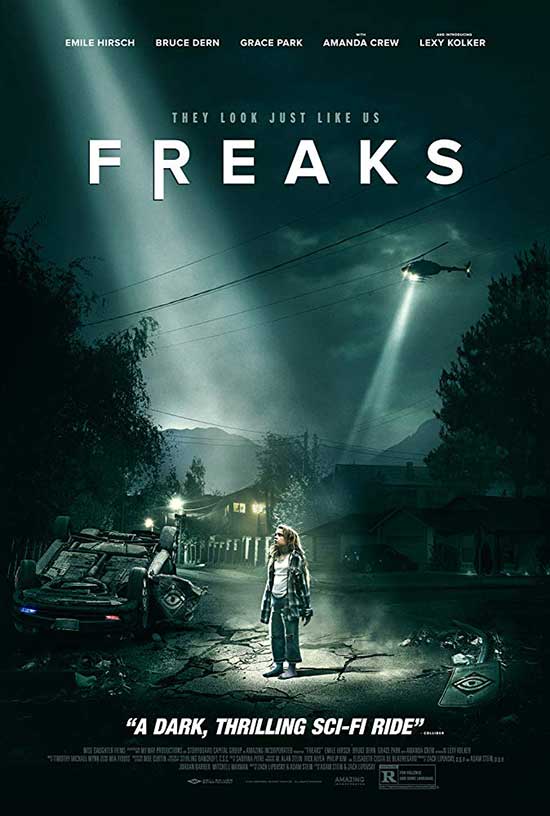 A bold girl discovers a bizarre, threatening, and mysterious new world beyond her front door after she escapes her father’s protective and paranoid control.

Chloe’s dad is tired all of the time. He spends the days drilling his daughter on how to stay safe. He brings in supplies so they can eat.

They live in a run-down house with all the windows blocked or taped shut. Occasionally, Chloe peeks through cracks or tattered corners. Outside, the sky is bright. There are people and birds and, most importantly, a colorful ice cream truck.

Sometimes, when her father is asleep, Chloe can hear the children playing in the other yards. More than anything else, she hears the magical music of the ice cream truck.

One day, her curiosity outweighs her sense of danger. While her father sleeps off a severe wound received during a supply run, Chloe unlocks the front door, goes down the stairs, and walks up to the ice cream truck.

No one’s life will ever be the same.

All very cryptic sounding, isn’t it? Not really. You are just locked into a child’s perception of her reality. You know only what the father says because what you can occasionally see does not quite fit with what you are being told.

“Freaks” creates a world that is introduced in bits and pieces as our main character, Chloe, slowly becomes aware that reality is far different than what has been explained to her. The ice cream man may not be the kindly gent he appears to be. The girl across the street is troubled by Chloe appearing in her room late at night. Chloe’s father’s explanations and excuses are starting to wear a bit thin, even to the ears of a 7-year-old girl.

Truth is, they live a world suddenly beset by random mutations that cause immense powers in those who are mutated. Of course, average folk fear that which is different, so the mutated folks, called “freaks”, are hunted down by the “normal” authorities. Chloe has been kept under protection after her mother was taken by the authorities years before.

To give much more information about the script would be an injustice to those watching for the first time. While the film does NOT hinge on a “twist”, learning about Chloe, her dad, and their messed-up world is best done alongside Chloe. Knowing the whole story will not greatly diminish the film, but not knowing it will feel more rewarding to most viewers as they piece each little drop of information the film gives.

Just because the film is deliberately paced does not mean “Freaks” is slow. Every few minutes, new images and information add to what the audience already knows. By the time the story and action are in full swing, the viewer has already been through a couple of emotionally-charged scenes that have set the stakes of the story rather high for the characters. Precious few moments of screen time are wasted. 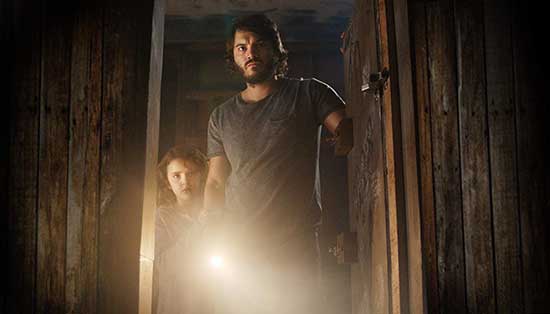 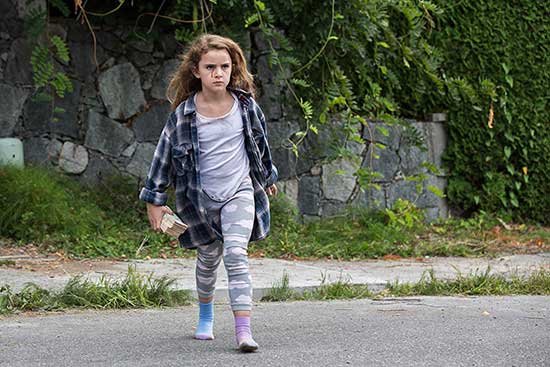 Emile Hirsch, who plays the dad, seems to be channeling a sedate Jack Black; in fact, he often looks like Jack Black in certain shots. Intentional or not, his character is warmer and more relatable to the audience as a result.  He feels like a guy forced to be more of a parent than he thought possible, and he’s doing it alone.

Bruce Dern gives another fine performance. To be honest, Dern seems to be improving as he rolls into his 70s. What seemed like youthful arrogance early in his career now comes off as a rugged self-confidence. That confidence is reflected in a character driven by emotion and obsession. 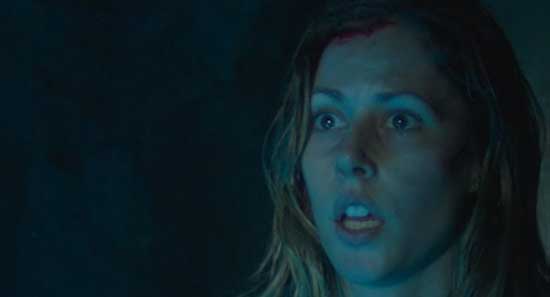 The highlight of “Freaks” (that is, other than the rest of the film) is Lexy Kolker, who plays Chloe. Risking a film by placing the weight of it on the shoulders of a 10-year-old child paid off in this instance. Chloe is the eyes, ears, and voice of the audience. A half-assed performance or a grating personality would wreck the film in seconds. Luckily, Lexy becomes Chloe. She is utterly believable every step of the way. Professionals in the business would kill to have this kid’s timing and earnestness. Young Kolker leads the film as if she has been doing this kind of thing for years. She is a wonder to watch.

As has been said by other reviewers, “Freaks” takes the mutant gene concept from X-Men and reworks that kind of sci-fi world into a reality that more accurately reflects our own – both the good and bad. What is more amazing is that it manages a more personal and emotional story without resorting to wowing you with CGI effect after effect. Leave Wolverine and Deadpool at home, please. 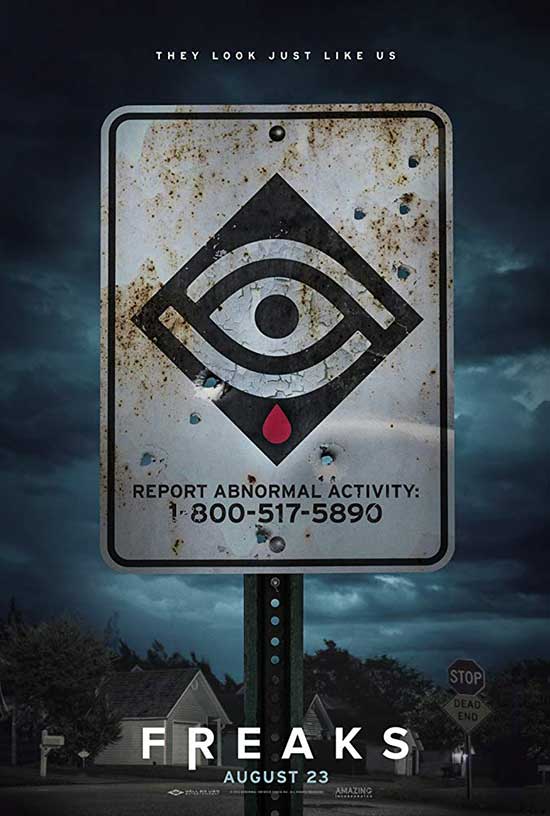 “Freaks” is such a bright spot that you might actually forget a couple of the turkeys you saw earlier this year. Even if it doesn’t make you forget any of the dross, it should keep you entertained for an evening.

Freaks is now available on blu ray per Wellgousa