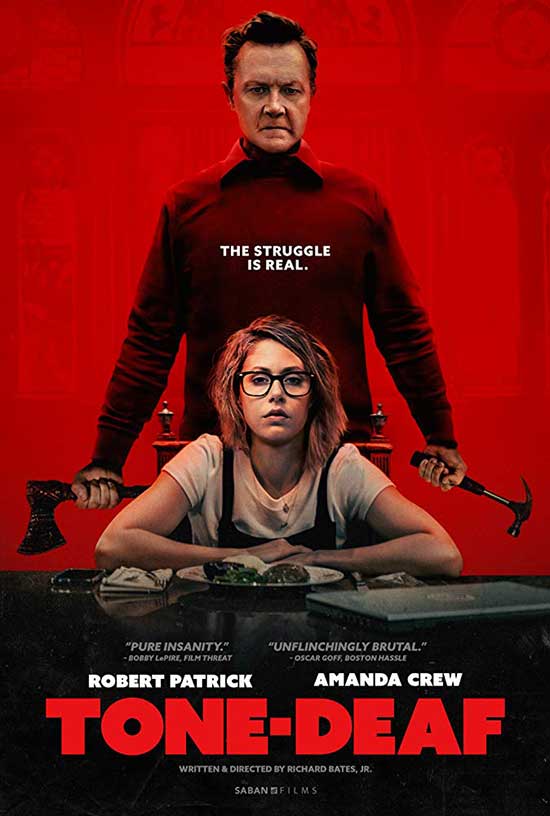 A woman goes to the countryside to spend a quiet weekend after losing her job and having her last complicated relationship implode. She rents a country house to an old-fashioned widower, who struggles to hide his pyschopatic tendencies.

With memes of Pepe the Frog, Ok Boomer and Kevin Sorbo movies plastered over certain corners of the internet, it could be said that political debate has never been more fractured. While we can pretty much all agree that prejudice is terrible and Richard Spencer taking a punch is hilarious, arguments still blaze about what generation is to blame for all this mess we find ourselves in currently.

Ostensibly, Richard Bates Jnr’s latest film, Tone Deaf, is a generational deathmatch where the boomer generation goes toe to toe with millennials, and the blood flows freely. While the final act is like that in a way, it’s also a film about people realizing their place in the world and having to rebuild their lives. Stay with me on this one!

Olive (Amanda Crew) is a mean-spirited twenty-something, who has not only just lost her job but in the most apathetic argument ever put to the screen, she’s also lost her boyfriend as well. She wears thick-rimmed glasses, ironic t-shirts and – gasp – takes drugs. With seemingly nothing worth sticking around for in her hometown, she decides to pack up and take some time out in the country. A quick Airbnb search leads her to the property of Harvey (Robert Patrick), a mean-spirited 60 something, who has not just lost his wife, but in the most apathetic argument ever put to screen, has decided that he really wants to kill someone.

Like Patrick Bateman, Harvey, played brilliantly by Patrick, narrates his bloodthirst to the audience; literally stopping the film to chew out anyone he believes to be under 30 that’s watching. While Harvey was growing bitter over his wife’s death, the world moved on without him. Olive, filled pessimism, is everything he detests in the youth of today. His hate is obsessive and monochrome, failing to take in any grey. 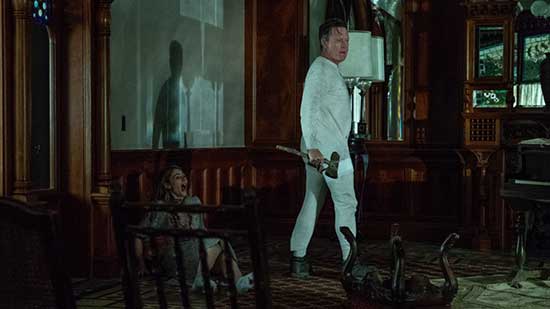 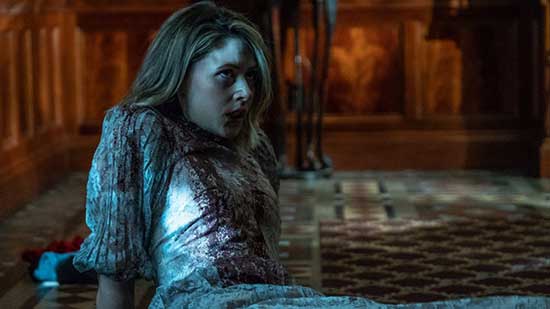 During an obsessive bout of stalking, Harvey witnesses her being roofied at a bar and while he, in a way, avenges this act, it’s clear he blames her for being so pre-occupied with herself, she can’t see what’s going on around. When presented with clear evidence that men can be terrible specimens, Harvey can only dole out further justice before switching back in to gear that millennials like Olive need to pull their socks if they want to make America great again.

And while Olive is certainly self-centered, her role is like that of Adrian Greiner in Bates Jnr’s last film, Trash Fire. We’re allowed to have a miserable hero. To paint her as a poster child for everything that’s wrong with society is to fall into Harvey’s mindset. For all of Olive’s eye-rolling, she doesn’t really deserve the violence and Machiavellian torture that Harvey throws her way, including swapping her contact lenses for spiders. Harvey is impotent with rage, his obsession blooming into nightmares that hark back to Excision. Harvey is not well, but that doesn’t mean his actions are justified. 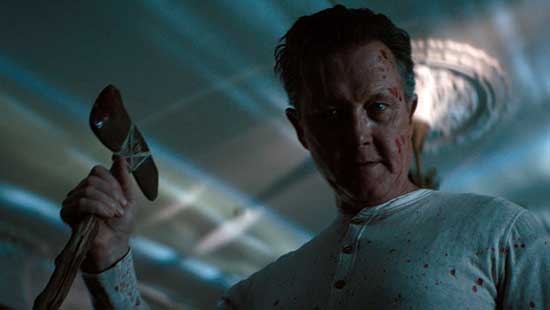 Is the director trying to say that both generations ‘have fine people on both sides’? It could be argued that but when Olive’s most significant crimes are that she misses her dead father and her mother – an ineffectual Gen X stand-in played by Kim Delaney – has abandoned her for sex-fueled nights with hippies, you wonder what chance she stands when everyone is either lying that it’s all going to be okay or they’re running at you with a tomahawk whilst wearing bloodied long johns.

Bleak, funny and liable to annoy several people, Tone Deaf is perhaps not the antidote to polarized political debate, but it deserves a lot more credit than some people are willing to give it.

Tone-Deaf is now available on blu ray per Lions Gate