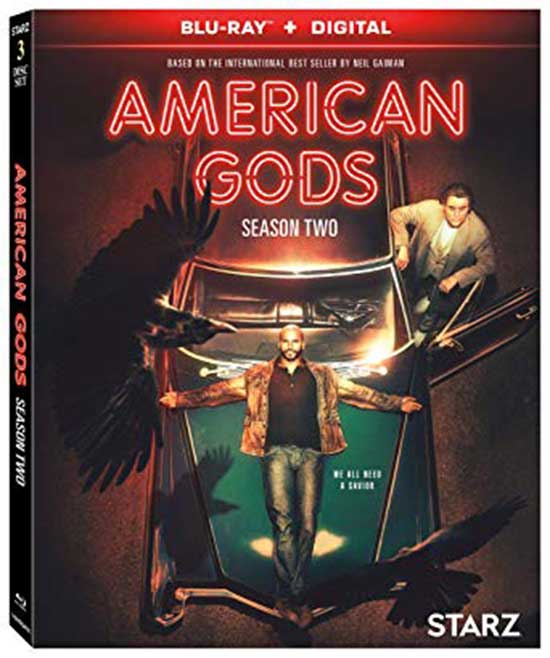 The second season follows Shadow Moon, an ex-convict who is the right-hand man and bodyguard for Mr. Wednesday, an Old God who is in the midst of a war between the Old Gods, the gods from ancient mythology, and the New Gods, the gods of society, technology, and globalization.

The award winning series “American Gods” bears a unique distinction of perhaps being one of the most inventive, confusing, and bizarre series to ever hit TV. This Starz originated program arrives sometime after the debut season 1 which introduced us to the world of American Gods, a series consisting of 8 episodes based on Neil Gaiman’s novel of same name. Neil’s writings have been the core inspiration for several shows and movies over the years due to their originality and depth, most recently the amazon prime series “Good Omens”, as a point of comparison. 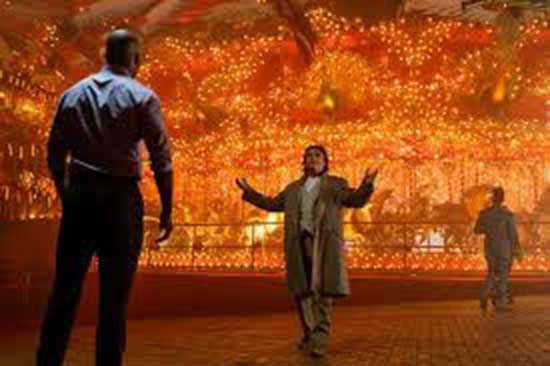 However with uniqueness, often comes a deeper more integrated storyline and showcase of dialog that lives somewhere way above our typical expectations of shows. American Gods is a perfect example of this statement which might live in the same universe of uniqueness as series such as: “Preacher”, “Twin Peaks” and “Eerie, Indiana”.

Though with that said, “American Gods” is definitely its own beast. To bring readers up to speed, this show had its initial run per season 1 which debuted in 2017. That’s right, it took another 2 years before we were granted a season 2 (which now is coming to you per bluray!!) 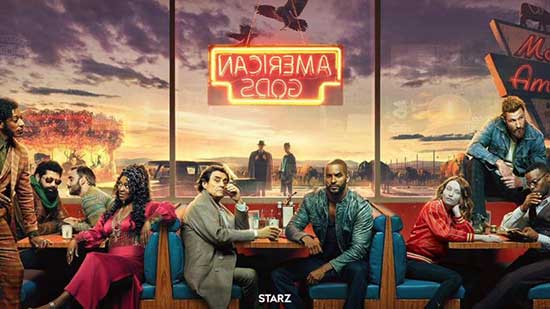 If I were to advise a new viewers, I would absolutely insist they go the blu ray route primarily due to the inclusion of subtitles. It’s not the volume or language but rather a certain need to see the words on screen to understand the dialog exchanges (Note: this was also my recommendation for other dark in-depth series, such as Hannibal)

Getting back to the show, we were led down a bizarre road in season 1 culminating into the concept of old gods vs new gods. Yep, the lot of them, Odin, Easter, Bilquis, Thor, Bast, and other odd ancient mythology picks vs the new gods such as: media, Mr. World, technology…and well you get the picture. The gods of past historical proclamation coming to do battle with the present day tech-meets-millennial culture of gods.

Shadow Moon played by Ricky Whittle is enlisted to become Mr. Wednesday’s (Odin) bodyguard. The 3 of them embark on a journey of enlisting others assistance. You can read more about American Gods – season 1 here

So coming full circle, it is now time for the battles to begin and wars to start. Crispin Glover as Mr. World appears to be the man in power representing the new gods. He is supported by (Bruce Langley) Technical Boy, (Kahyun Kim) New Media, and various other present day power entities. Note: I am going to suggest readers refer to the wikipedia page for full run down of characters seen here. 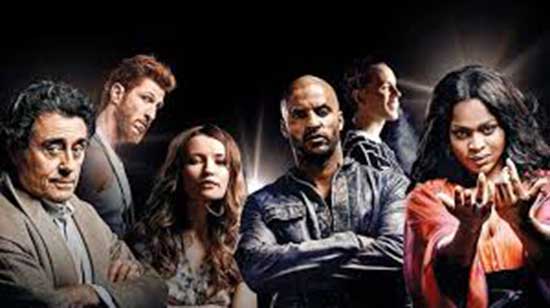 As the series evolves we are rejoined with Shadow Moon, his revenant wife Emily Browning as Laura Moon and of course Ian McShane as Mr. Wednesday (aka Odin). Various journeys continue as gods meet on ethereal plains almost in a dreamlike fashion showing true forms and discussing the current state of affairs. Joined for the ride is Pablo Schreiber as Mad Sweeney, a crazy Irish leprechaun that is enlisted purely to regain his lost charm, now held by Laura Moon and under debt to Odin. 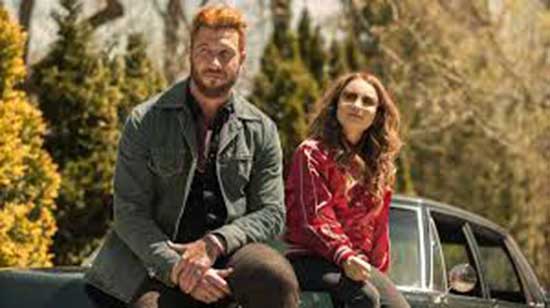 As the series progresses, this season appears to be more about deeper insight into some of the characters back stories. We are already in on the god secret, which means it is time to reflect a bit on where some of these different entities came from or are about today. A certain amount of repressed godmanship and legend lore are kept under wraps though subtly reminding viewers that these entities are still equipped somewhat with a bag of tricks and a mean streak if called upon. Laura Moon is less highlighted this season to allow for this retrospective of reveals, seeing that we were given the full back story, unfaithfulness and transformation of Laura last season. Mad Sweeney, a key character this season is given full reveal per several back stories exploring the his past and present. 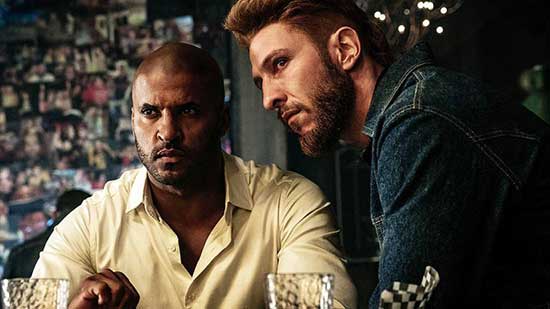 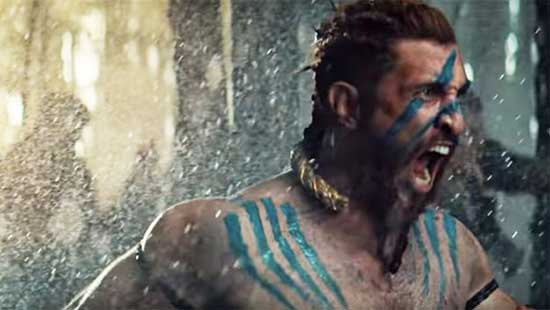 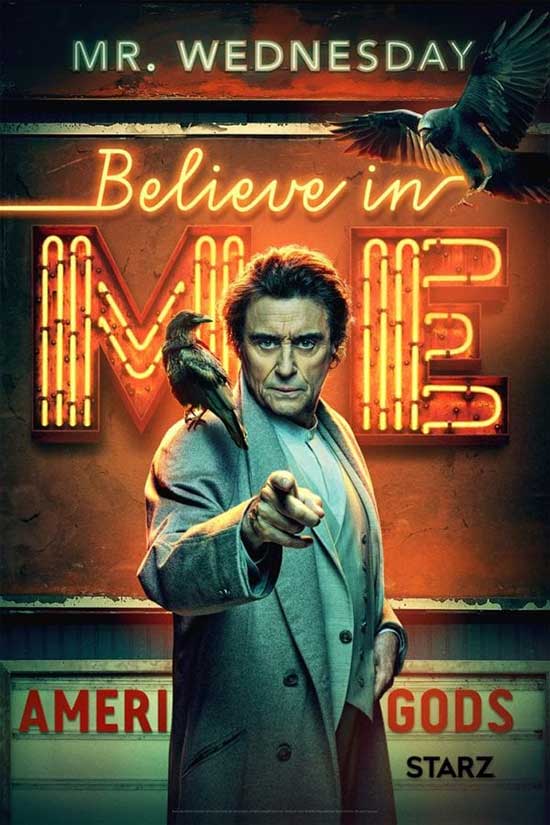 The journey of course is the rounding up soldiers and warriors led by Odin. This is counteracted by Mr. World’s own recruitment methods and confidence. Mr. World plots his attacks with a snake-like whisper enlisting his collection of Gods to attack the world using Odin as a focal. Episodes run the gamut with deep insightful stories that at times demand close attention to follow the intention of the writers. Season 2 takes a more ambiguous approach at times using dialog, symbolism, and circumstance. 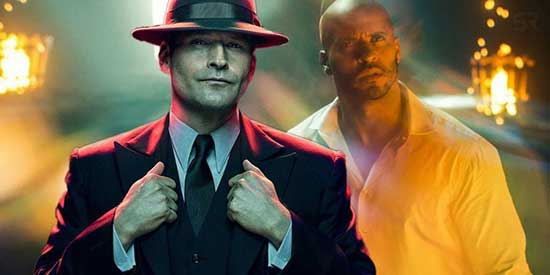 So when all is said and done, is this show a keeper? In my opinion absolutely! despite the fact that you are going to have to pay attention to much of what is going on to make sense of it all. The core story is gods at war, the longer version is the realization of mythical entities and characters that truly coexists with normal folks in the background. It does lend itself to that whole “Supernatural” way of thinking that legends are real and just have been kept hidden, but it also presents a pretty intriguing story about where gods require belief and acknowledgment to properly exist.

I do look forward to a season 3, though the jury is out to if that will materialize and the direction of the series.