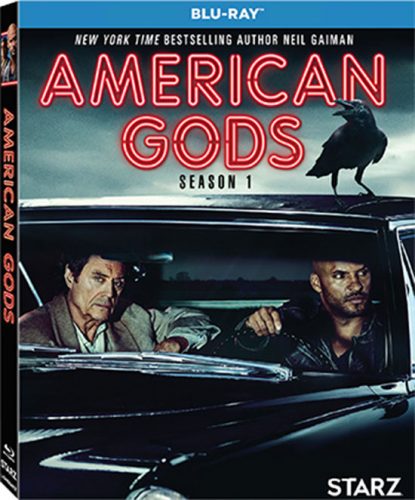 Shadow is a man with a past. But now he wants nothing more than to live a quiet life with his wife and stay out of trouble. Until he learns that she’s been killed in a terrible accident. Flying home for the funeral, as a violent storm rocks the plane, he is greeted by a strange man in the seat next to him. The man calls himself Mr. Wednesday, and he knows more about Shadow than is possible. He warns Shadow that a far bigger storm is coming. And from that moment on, nothing will ever be the same

If you’ve seen this series or at least caught a few episodes, it goes without saying that it’s one of the most bizarre series on TV next to David Lynch’s Twin Peaks (though don’t confuse the 2 as being related). American Gods is definitely its own beast much in the same frame of mind the TV show “The Preacher” might fuel discussions about. All original, unique, confusing, memorizing, dark, genre-bending and refreshing… (and these are just a few of the descriptions I’ve heard from viewers and reviewers), this is the engaging world of American Gods.

To start things off, a lil history is in store on the American Gods series. This series is an adaptation from the novel of same name garnering itself an impressive history of various awards and editions. The show which is handled by the Starz TV network (yep, the same network that championed “Ash VS Evil Dead”) has completed its first season covering 8 mind-altering episodes. As of May 2017, the series was green-lit for a season 2 (thank you Starz!) Season one contains 8 episodes which culminates into a revealing finale by episode 8. So, yes…you need to stick it out! 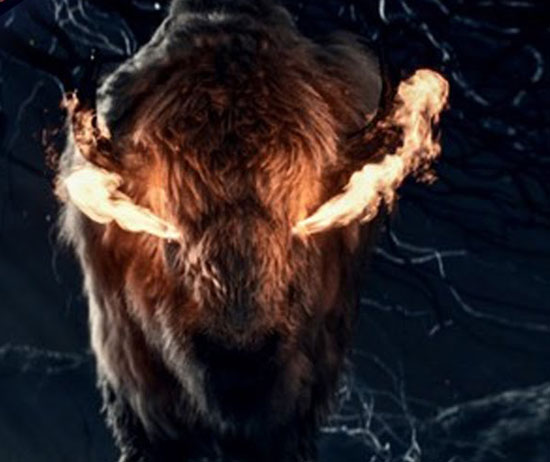 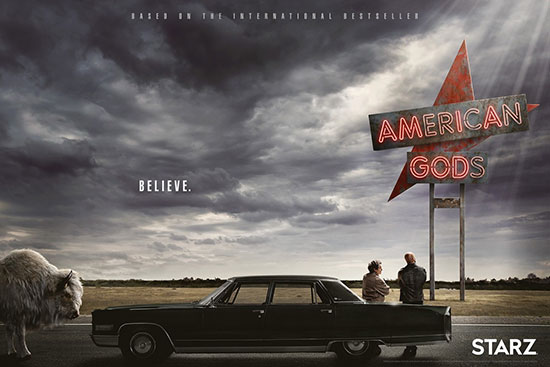 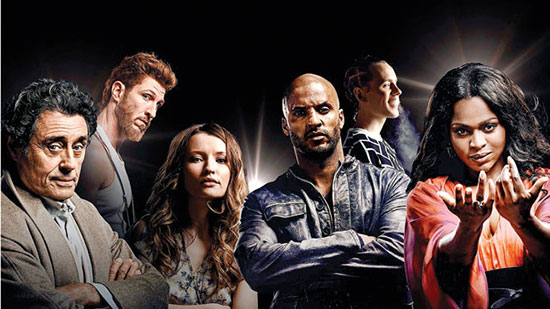 Now, to just call this fantasy, horror or action would be a mistake as it takes on all sorts of crossover genres. It definitely has its share of horror, violence, gore, blood, sex and in general a smattering of adult themes being rocketed towards you. Though, on the same hand American Gods excels at being an almost entirely original piece of work that is unlike anything else on TV. So in short, it is an enriching experience.

The adult content here means the show is not appropriate for younger viewers, which at times means plenty of nudity and sexual situations. It features several great acting talents, one of which is Emily Browning (from well…several films but more notably “Sucker Punch”) who does appear fully nude in a few episodes (bonus points there!! for fan boys) 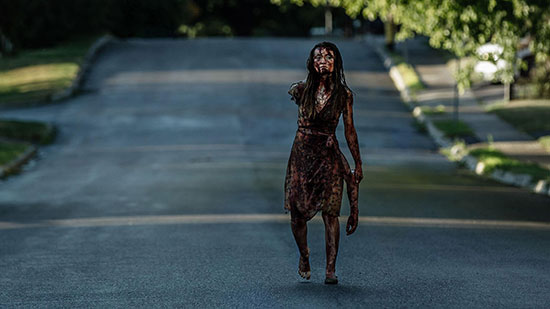 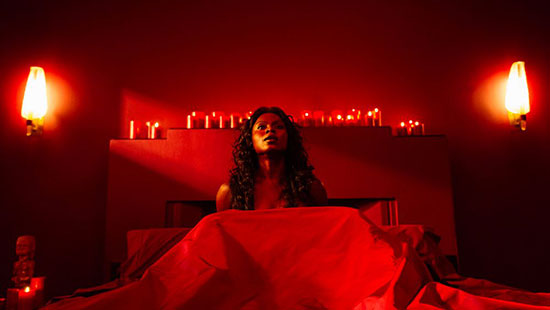 To describe “American Gods” presents a few issues as it is indescribable at best without a few minor spoilers. I say this because I was 4 episodes in and still didn’t really know entirely what was going on. I think in the case of this series, a few minor spoilers will “help” the series by laying some information groundwork. (Note: at the time of viewing, I also found it necessary to look the series up to gain some basic info about what I was watching)

Now the first indicator is the title: “American Gods”, which means exactly and not exactly what this series is about (note: spoiler in that). The show anchors itself to a central character named Shadow Moon (Ricky Whittle) who meets a strange older man by the name of Mr. Wednesday (Ian McShane).

As the show moves forward, Mr. Wednesday is questioned as to who he really is and to what his real purpose is. He employs Shadow Moon, (an ex convict who is trying to restart his life) as his immediate body guard. Though that aspect really is unnecessary as Mr. Wednesday almost appears to require a sidekick of sorts for their adventures and travels. These travels meet with and meet up with all sorts of equally strange characters/persons including a leprechaun named Mad Sweeney who appears to have certain money-producing-gifts. Gifts and powers is something that is revealed in subtle fashion at times more than others in many of the characters they come across. 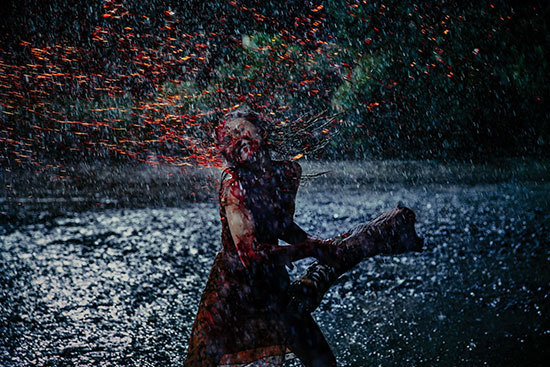 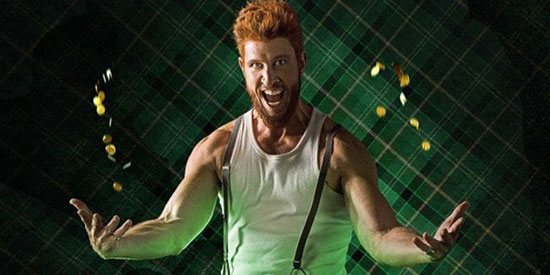 Shadow Moon’s past is revealed over several episodes. The full details of his imprisonment, his torrid tale of his beautiful deceased ex-wife (Emily Browning as Laura Moon), and the events that lead up to the final meeting with Mr. Wednesday.

The series is about destination and a culmination that is leading up to an inevitable conflict. Keep this in mind as all the weirdness plays out. What throws viewing off is that characters are introduced without names at times and without purpose at times. Seeing that most of the series plays out this way, a few spoilers will help you to put the pieces together much faster. And rest assured, all will make sense by episode 8. 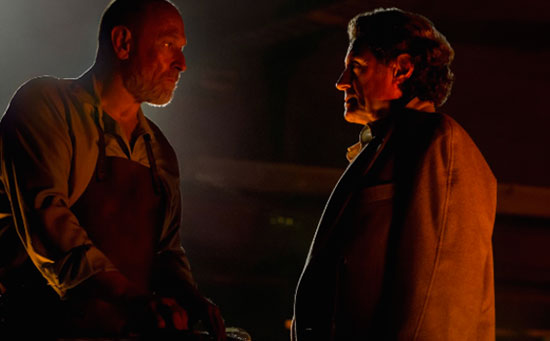 So with that said, this series is really about old gods and new gods. The new gods (American based gods…such as “media”, and “technology”) feel that they are the superior race, while old gods who have been around for centuries feel that they are the much more important gods who possess the wisdom of the ages. Modern society has forgotten many of these older gods which empowers the newer gods (and rightfully so). So keep this basis premise in mind, as it will make the weirdness feel less weird. 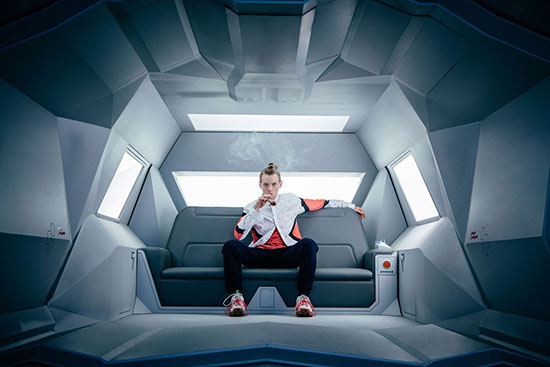 Gods are represented by great acting talents such as: Gillian Anderson, Peter Stormare, Orlando Jones, Corbin Bernsen, Cloris Leachman and Crispin Glover (to name a few). And if history is correct, a God is a god as long as they have believers, followers or person who give credibility to their existence. This aspect makes things slightly harder for old gods. Shadow Moon in my opinion gives validation to Mr Wednesday which helps keep him in power long enough to gather his posse. 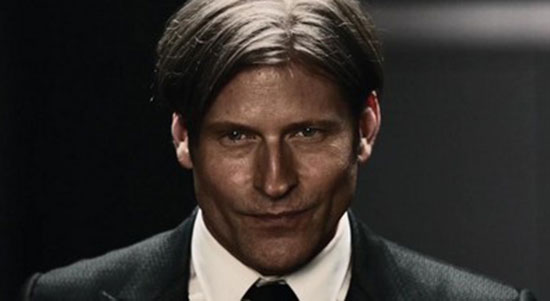 In addition to all this gods talk, we also have supernatural elements and beings of the supernatural world such as the Leprechaun, a revenant, and Jinn’s. Expect this inclusion of beings to grow over time. This presents a strange universe existing within our own reality.

Visuals presented in this series are nothing short of fantastic. Dramas evolve, plots thicken, and characters reveal. It’s all a relatively odd bunch of themes and entities making for something you haven’t seen. Viewers should expect episodes which begin or comment on certain Gods origins. This is necessary to build on subplots and character evolutions.

The season has been announced as being on bluray, which in my opinion is a must see (must purchase call for collectors). 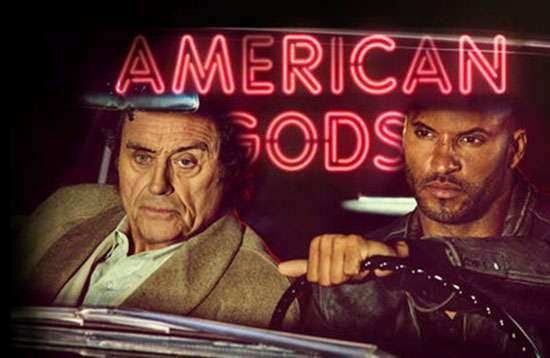 Expect to begin the series scratching your head but ending with a new series that you can discuss with fans and friends. If you don’t complete all 8 episodes, it wont be a full experience….I said it, there!

American Gods is an intellectual story that works on a visual slow grind. It’s not instant resolutions that we expect from other shows. Fans of Preacher, will find a relative comfort here.

Rockin!, all original madness and genius combined – that’s my 2 cents…. check it out!

American Gods Season 1 is now available on bluray per Starz