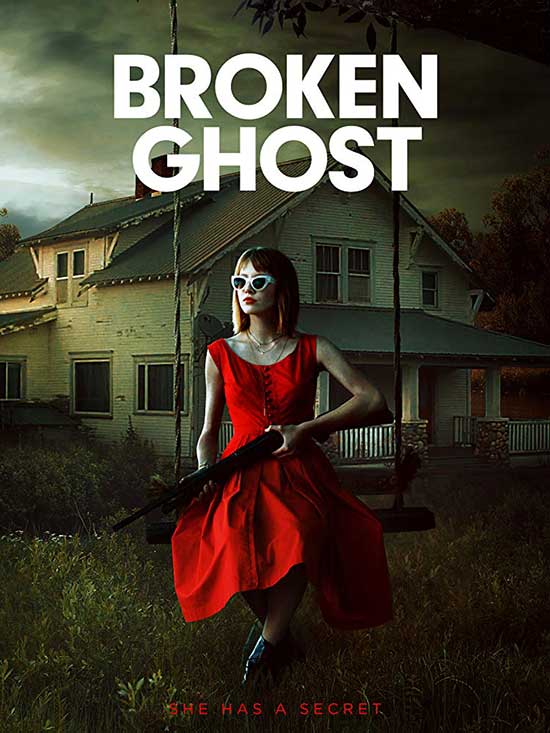 A teenage girl and her family try to escape a school scandal by moving to a remote house that may be haunted.

Broken Ghost (2017) is an independent attempt at a high-brow horror film focused more familial drama than scares. Directed by Richard Gray (Sugar Mountain 2016, The Lookalike 2014) and with a script by television veterans Abe Pogos (Sugar Mountain 2016) and Catherine Hill (Houseboat Horror 1989), the film tries to skirt the line between art film and supernatural thriller, with the latter taking a backseat to the former. While this is sure to turn off some horror fans, the tension, acting, and pleasing visuals hold it aloft, though the plot sadly falters damningly at the film’s conclusion. It’s important to note that this review contains minor spoilers. 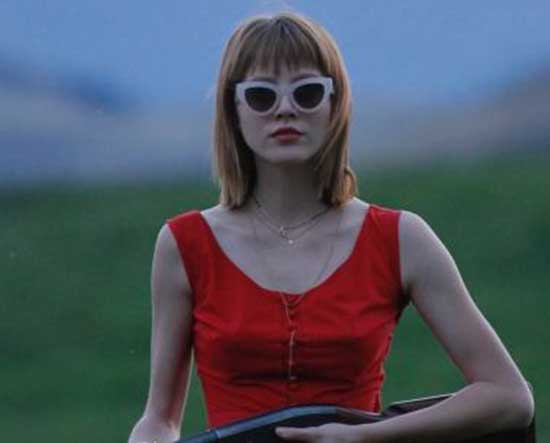 The story follows teen Imogen (Autry Haydon-Wilson in her feature film debut) and her parents, William (Nick Farnell, Sugar Mountain 2016) and Samantha (The Funhouse Massacre 2015), as they move to a small Montana town to escape a sex scandal which led to a pornographic video of Imogen being leaked online. Imogen, with her name changed, finds her new school to be the same ol’ same ol’ when would-be rapist Brandon (Devon Bagby, Ray Donovan series) starts harassing her. Compounding her stress is her parent’s crumbling marriage, with her impotent father blaming his shortcomings on having seen his daughter mid-coitus. Finding her husband no longer interesting in her physically or emotionally, Imogen’s mother Samantha seeks an affair with a man who turns out to be a biker (John Teague, Sugar Mountain 2016) wanted for a double-homicide.

What puts the “supernatural bow” on the story and lands it somewhere near-ish the horror genre is the fact that the struggling family’s new home is a former murder-house, where the previous father (a painter, like William) killed his wife, child, and then himself. William finds many of the former owner’s paintings, which he becomes obsessed with copying. Meanwhile, common ghostly antics like televisions turning on by themselves and scuttling sounds coming from the attic convince the group that their new house is haunted. 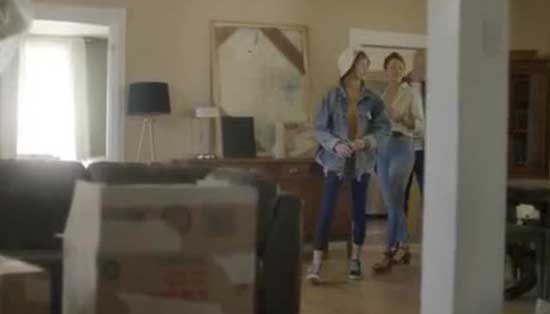 From a script and plotting standpoint, the film struggles with its identity. It does family drama quite well, and the cast (especially Hayden-Wilson and Thompson) lend emotional weight to their roles beyond the words they were given. That’s the only solid element in the screenplay, however, as the picture tries to balance the “Is it haunted, or can it be explained?” question with weak results. The ending attempts a powerful twist, but that twist defies a better reveal offered only minutes before the conclusion.

Still more unsuccessful is the film’s overall treatment of women. The results of the illegal filming and sharing of Imogen’s sex tape on her and the family are the best parts of the film, and prompt deep-thinking. The portrayal of her male classmates as all shallow pigs, however, does little to elaborate on the arc. Likewise, her father comes out of the whole film without any sort of growth or comeuppance, despite his actions causing the most harm amongst the family. Mother Samantha’s violent turn of events in the final moments of the picture, when placed against William’s unscathed outcome, seem like nothing beyond a cruel punishment met out by the plot gods.

These gender-based impressions might, on paper, seem nitpicky, but when the catalyst for the entire film centers on the mistreatment of a young girl, it’s impossible for a spotlight not to focus in viewers’ minds on this very subject. 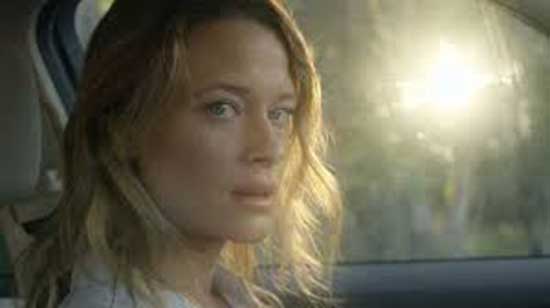 Overall, Broken Ghost is a well-crafted, but ultimately flawed supernatural tension piece. Having more in common with James’ Turn of the Screw than King’s The Shining, viewers will likely be entranced by the solid performances and visuals, but eventually disappointed by an ending that sorely misses the mark.