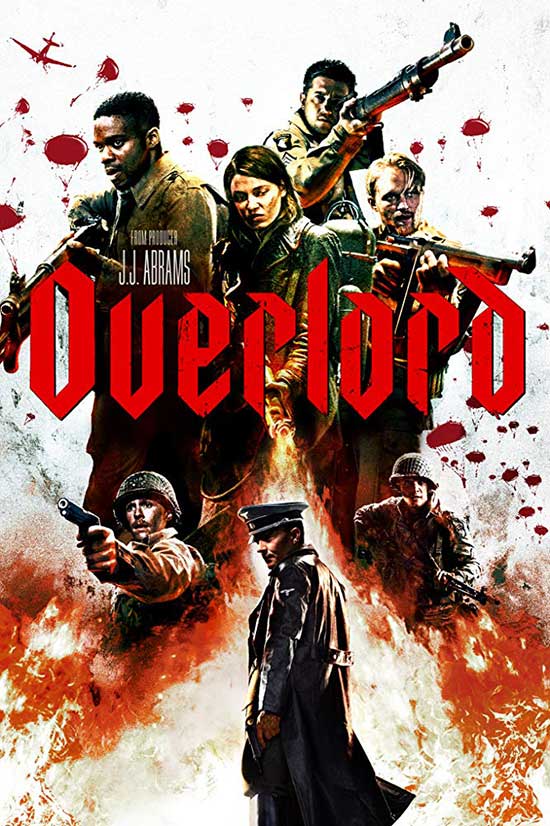 A group of American soldiers with a crucial mission run afoul of a Nazi lab with a terrible secret weapon in 1940’s France.

Overlord (2018) is a World War 2 horror film taking place in a small French town tormented by demented Nazi rule. When a troop of United States’ soldiers flee a crashing plane, they are slaughtered by Nazis as they land in the French countryside. The few survivors make it to a small French town containing a Nazi communications tower that they need to take down to allow Ally soldiers to land on the beaches of Normandie. As they scout the tower, they realize the depths of it hold the secret to reanimating the dead, which the Nazis seek to harness as a weapon. With this new info, the ragtag team must work together to bury the hideous power and take down the tower at the same time. Julius Avery (the upcoming Flash Gordon remake) helms the director’s chair, with Billy Ray (the upcoming Terminator: Dark Fate) and Mark L. Smith (Vacancy 1 & 2, The Revenant 2015) chiseling out a strong script.

The main players are the U.S. soldiers, with Jovan Adepo (Mother!) taking the lead as the green French-speaking infantryman named Boyce. Badgering him for his inexperience is veteran soldier and wise-cracking toughie Tibbet (played by John Magaro of The Umbrella Academy series), whose heart-of-gold is revealed through his burgeoning relationship with an 8-year-old French child. That child’s sister is Chloe, a Nazi-hating French girl whose family has been murdered and disfigured by Nazi Commander Wafner (Pilou Asbæk of the Game of Thrones series), who also uses her as his personal sex-fräulein. Rounding out the cast is the hardened-before-his-time demolitions expert Ford, played by Wyatt Russell (Cowboys & Aliens), who is forced to lead the mismatched Allies on what promises to be a suicide mission. 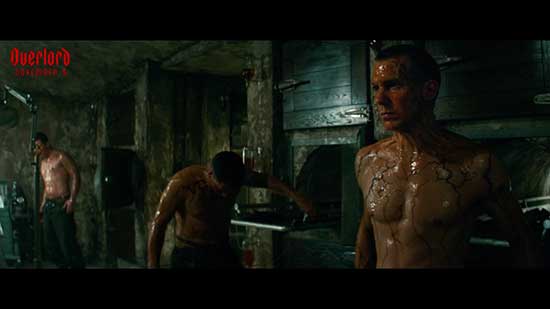 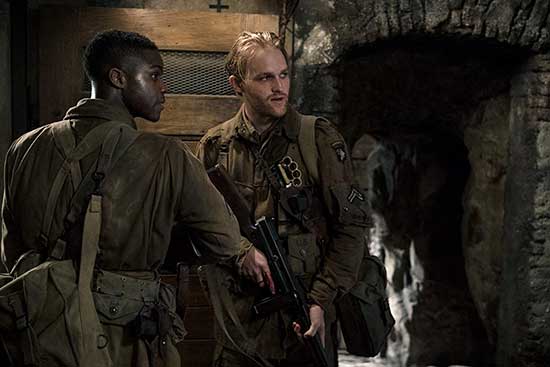 Adepo does a great job playing the sweet, sweet cinnamon role of the film, who can’t believe the horrors he’s witnessing from both sides of the battle. The only criticism on hand is more directed at his character than Adepo, as his reluctance to do nasty things for the greater good almost crosses the line into foolishness. Russell offers the wise-guy vibe that he’s become known for in spades, and his progression to nice-guy is gradual and believable. Wyatt proves he could play the stone-cold sociopath in any Vietnam flick, and Asbæk does a great job as his foil by giving the flippant and excessive joviality we’ve all come to expect from a good Nazi villain. 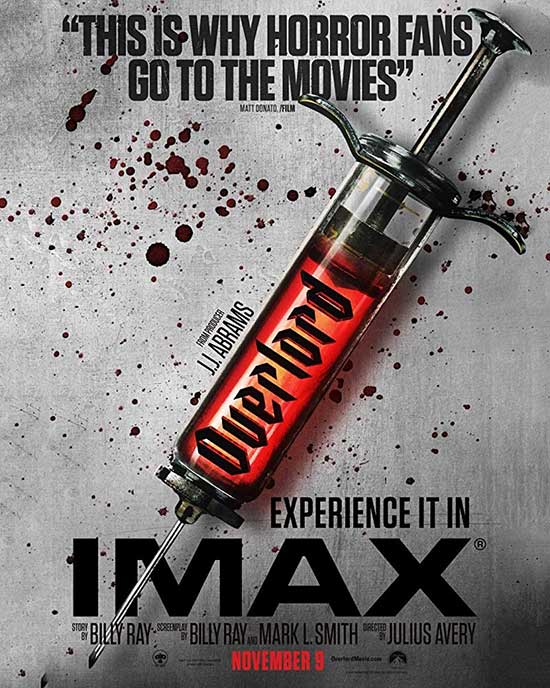 The real standout, though, is Ollivier, whose portrayal of Chloe is alternately hard and vulnerable, but never strays into the damsel in distress territory that degrades so many female characters in film. She takes charge and does what must be done to survive in a realistic way, without ever becoming the exaggerated femme fatale or sliding into the follow-orders type. There are intimate moments between Ollivier’s character and Adepo’s, but the connection never becomes a cliché romance. Rather, the tension is used to up the emotional impact on display in a solid way. 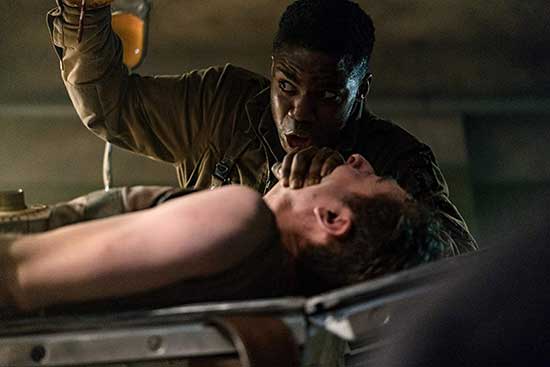 Perhaps the film’s only true flaw is that it never pushes the boundaries beyond what we’ve already seen in both WWII films and zombie movies. That’s not to say there aren’t standout moments, as there are. The close of the opening scene, as soldiers flee a flaming plane in various stages of terror, is panic-inducing, and there’s a talking head halfway through the film that will leave you wanting more, in a good way. The best scene, however, is the reveal of the zombie transformation. It’s a great mix of traditional and digital effects, and nearly the whole cast is on hand to react to it in fun and disturbing ways.

The film could be described as having two distinct sides—the war film, and the horror film—but it wouldn’t be fair, as the halves are very well integrated. It does, generally, present itself as a war film, using the horror elements mainly for the climactic moments. This works, as the effects are good, though (again) there is nothing groundbreaking, here. Nazi zombies aren’t a new subgenre (think of the Dead Snow series, and numerous video games that’ve been milking it for years), but Overlord is probably the highest quality film to tackle it. 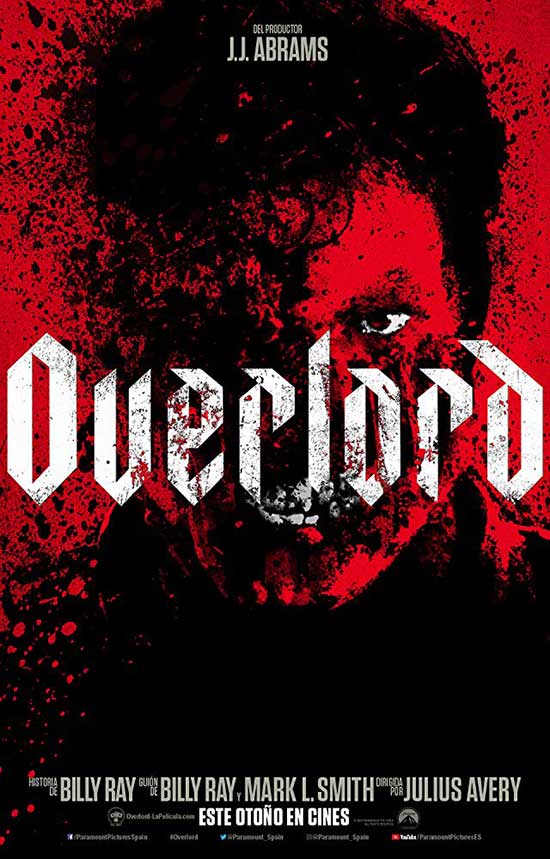 Ultimately, Overlord may turn off horror hounds who don’t like to stray from more familiar genre tropes, but it’s perfect for those who enjoy a well-done genre mixer. It’s also that rare film that you could coerce your friend who doesn’t like horror films into watching, and they’ll likely enjoy it as much as you do. 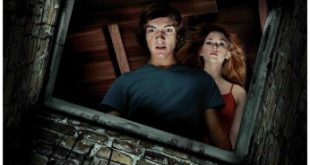