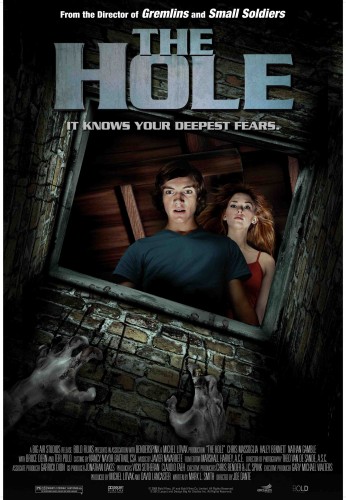 A pair of brothers stumble upon a mysterious hole in their basement that leads to the darkest corridors of their fears and nightmares.

Siblings Dane and Lucas have just moved to a new suburb with their mom (the always awesomely talented and even more beautiful Teri Polo) to start life over again, and of course is the case with a movie in any genre, older Dane hates it and emotes all over the place while younger Lucas just tries to go with the flow and convince Dane everything is just peachy.  Enter the cute next-door neighbor and potential love interest for Dane, Julie, and then the trouble begins.

Together, these three Goonies discover a hole in the boys’ basement that after several experiments to determine where it leads to, they deem it bottomless.  Normally, by Tim “The Toolman” Taylor’s standards, it’d be nothing that a few two-by-fours and a warning sign couldn’t cover up so everyone could get on with their lives and safety wouldn’t be an issue.  But this is no ordinary hole – from a killer jester/clown thingy to creepy ghosties to demons dancin’ in the dark, this particular hole brings The Goonies’ worst nightmares to life in stunning and frightening reality. If I were a character in the movie, I’m thinking it’d be my first wife stalking me… 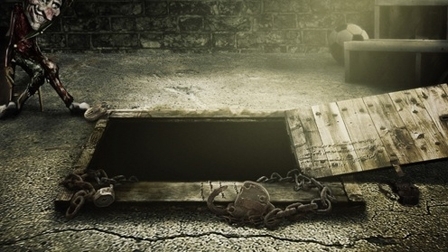 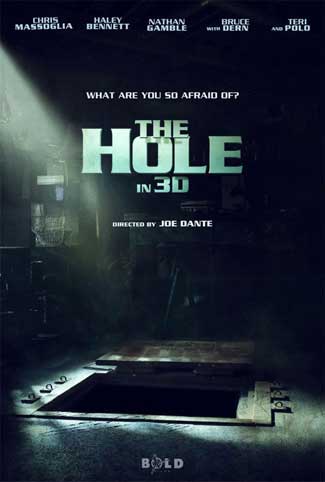 But THE HOLE isn’t really a movie made for me. I mean, in a way it is – it has its grown up moments, sure, but this is more a movie that was made for me back when I was 12 or 14 years old, much like director Joe Dante did for me with EXPLORERS and GREMLINS back in the 80s when I actually was that age – movies that could be aimed at pre-teens, but yet still have that grown up edge to them so that us childhood fans can still identify with those movies and enjoy them well into our adult lives, which I still most certainly do.  I truly believe that’s the effect this movie had on my 8-year old daughter.  She’s already a huge horror geek, but every now and then likes to actually act and feel her age, and although she did flinch and wince and even once gave me that “You said this wasn’t going to be a scary movie, you ass” look, I know she actually enjoyed the hell out of it.  My son lasted about 15 minutes, which is further than I figured he’d make it into a suspenseful movie of any kind, so I have to give him props for that.  Baby steps with him, methinks… 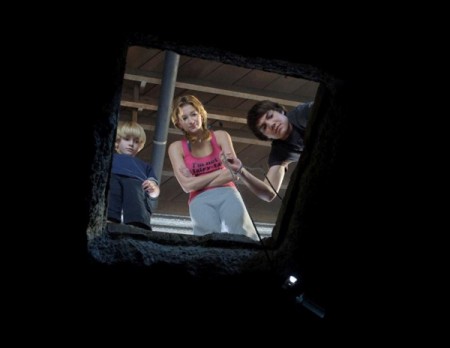 Sadly, I remember seeing the trailers for this movie in mind-blowing 3D in the theaters, but I don’t remember it ever coming to a theater near me as it’s one I definitely would have taken the family to go see.  I don’t remember if it was a huge hit, minor hit, or flop, either.  Even worse, I can’t seem to find a DVD release date for it anywhere on our world wide intranet either, even Amazon.  Hopefully though, that announcement will drop soon and I’ll know when to save up my booze-slingin’ tip money and go snag it for the collection. 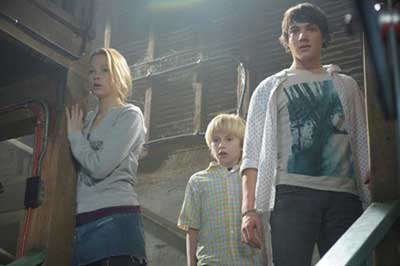 PG-13 rated but still full of suspense, real characters you can identify with and relate to and cheer for, and a few genuinely creepy moments, THE HOLE is a rarity these days and I’m very happy that thanks to this reviewing gig I got to see it.  It’s something that almost completely slipped under my radar but that you all out there might be more familiar with already.  If you’re not, I encourage you to familiarize yourself with it as you won’t be disappointed.  Also, any preteens in your house will most likely love it as much as my daughter and I did.  And yes, I know she loved it, because I haven’t seen my screener copy since that first viewing – she has it hidden in her room and it has now become her new favorite to watch before bed every night.  Something tells me this is one is going to stay with her for years to come and have much the same enjoyable, comfortable effect on her that movies from my youth like HOUSE or THE GATE have with me.