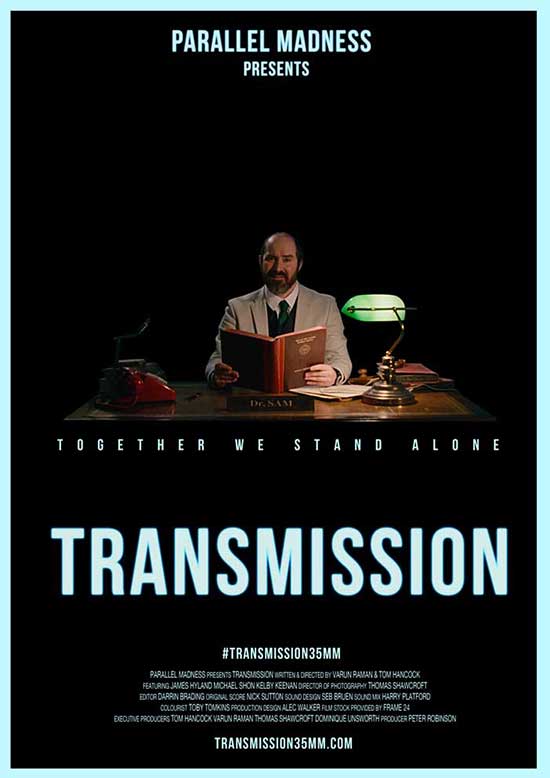 Welcome To Britannia. Together We Stand Alone.

More short films, kiddies! Today we have TRANSMISSION, written and directed by Tom Hancock and Varun Raman. This film has been a selection is several international film festivals, gaining two wins (best international short, best British short) and 26 nominations in other categories.

Our story opens on our hero, Leonard (played by Michael Shon) who seems to be getting the “Room 101” treatment although it is unclear why. The room is wired for light and sound, with cameras in the corners recording everything. He’s obviously been in this room for a long time, forced to watch old footage of Britain in its heyday and listening to classical music. Already sounds perfectly awful.

But then enters Doctor Sam (James Hyland) who is apparently Leonard’s torturer. Psychological mind games follow and there just doesn’t seem to be any good reason for it other than the doc is a bit of a jerk and a sadist.

Leonard is hallucinating his girlfriend/wife (not sure which, but played by Kelby Keenan), who is not actually there but is seemingly the bait being used to get Leonard to behave.

This film is basically a study in psychological torture and how it works. Mr. Shon never says a word the whole film, but his physical acting and facial expressions are more than sufficient to show the suffering he has experienced before we got here.

Mr. Hyland is a wonderful “villain” in this film. I couldn’t decide if I liked his character or hated him, which is the mark of a perfect villain, after all. You want to be horrified, yet you find yourself impressed and maybe even looking up to the guy a bit.

In the end, I’m not sure I fully understand what the film was trying to say, but I really liked it.