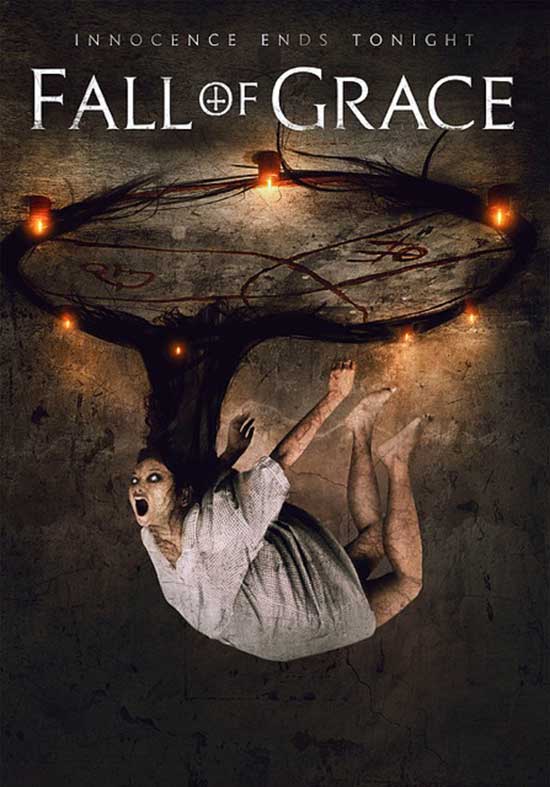 A troubled couple’s lives descend into violence and madness after a demonic entity takes their daughter.

One of the many things that separate the indie filmmaker from his or her mainstream brethren is the refreshing lack of mass market and money pressure that is forced on them. They are free to make their complete vision, if only on a budget the fraction of what a major studio would have. They are not restricted by a certain formula that deems to be the most box-office reliable. In the instance of Michael Crum’s 2017 Fall of Grace for MGI Films, the vision is of a bone-chilling horror film that masks a most unique character study of a marriage disintegration where even their daughter getting pulled into hell and demon possession is only the final nail in the relationship coffin. 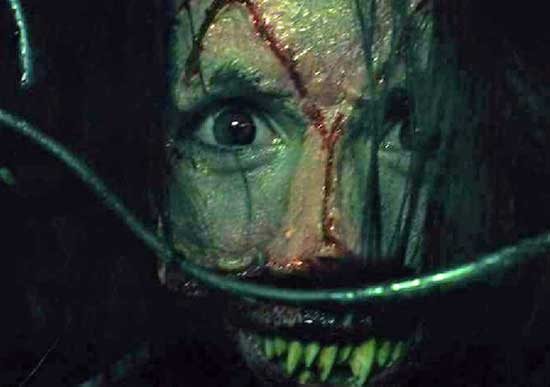 Jase and Tracy are in the grips of a long-term tearing asunder of marital bliss. He’s lying to her about what he does to make ends meet (bare knuckle fist fights) and she has been carrying on a relationship with a local cop behind hubby’s back. The audience is dropped in the middle as this has been happening for some time. Jase and Tracy are so wrapped up in their troubles that they do not notice that their teen daughter Belle is speaking frequently to a glowing presence in her closet. When her screams finally attract mom and dad’s attention, they witness Belle being pulled through the floor of her closet by something otherworldly. In a desperate attempt to save his daughter, Jase hatches a scheme to conjure another demon and force it to help him retrieve the lost teen. However, bargaining with a demon may cost Jase more than his own soul and sanity.

In the hands of director Michael Crum, the trappings of the demon possession flick (there’s even a priest who’s faltered from grace himself serves as a de facto exorcist, not unlike Damien Karras in The Exorcist) serve as coat of paint to cover what may be the most intriguing aspects of the story. Indeed, the ones that gripped me to my seat for much of the film’s 84 minute runtime. Jase and Tracy are the best friends you invite over for dinner and drinks frequently and can’t help but notice the tensions and lack of communication between the pair and you discuss the status of their crumbling relationship after the door is closed when they exit. Aided by the digital video-like filming, the duo’s squabbles in the kitchen have a distinct feel of a home movie in process with a stripped raw level of emotion. It isn’t that Crum doesn’t trust leaning on the horror devices.

In fact, he treats both subjects with equal import, as if one supports the other. Even later, the horrific events can be seen as the strain on Jase’s psyche. Watching the facial reactions Joshua Winch imbues the Jase character with is a rare treat. Combined with a purposely dialogue-sparse script (a refreshing change of pace from the big studio norm of excess exposition and talky exchanges, from writer Gerald Crum, the looks that Winch gives in the absence of dialogue tell more of his motivations and state of mind than any amount of words could. I found myself focusing on his eyes and envisioning the instability growing. Sheri Davis equally shines as the frustrated and scared Tracy. The added difficulty in her role is that she becomes the conduit for the demon that Jase summons, so she is looped with an altered voice for purposes of menace and any fragility or fear is difficult to see on the surface. Skyler Blodgett assays the young Belle with a mix of innocence and stark terror and a dash of loneliness (she doesn’t show much in the way of fear in chatting with the entity in the closet. In fact, it seems more in the way of conversation, having someone to talk to in avoiding being alone). 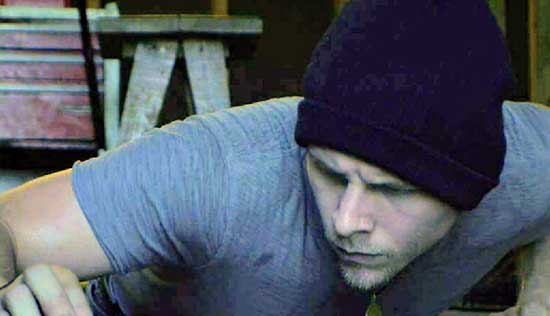 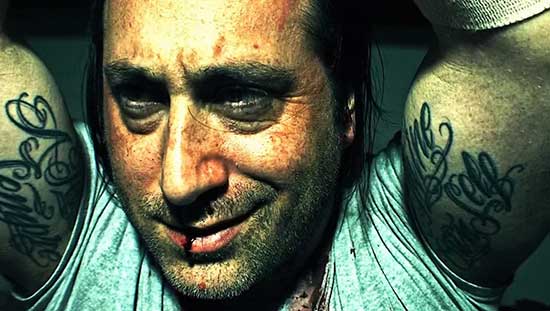 The movie does not lack in the chills department even as it strives to be more than a simple chiller. In one unsettling moment, the possessed Tracy is bent over backwards in a near spider-like move (again similar to Regan and the Exorcist). One scene is a bit jolting where the young priest (who once had his own falling from grace with the church by selling his soul) playing the role of exorcist has his eyes ripped out. Truly, there is ample gore maims and killings to satisfy the splatter fiends out there. After awhile I most definitely got the vibe that Crum delights in using the disturbed visuals and effects to keep his audience on edge at all times.

Considering the limited budget, Crum and company do a valiant job in setting the look of the story and the atmosphere. There’s an abundance of night shooting with dim lighting provided by lanterns, night lights and interior lamps with a few bizarre color lights thrown in just to put an ethereal tilt to the proceedings. I especially was stuck on the green hue emanating from the girl’s closet. It had me almost wanting for Belle to open the doors and let us see the ungodly sight. Understanding the dual purpose of shooting in dim light (it hides the multitude of sins regarding the budget restrictions), it still works in setting the ambience like no other skill can.

Special mention to the game energy supplied by the entire cast in support of the leads. Gerald Crum and Richard S. Blake capably step in as the young priest Calem and his mentor Luke. Youthful determination clashing with seasoned cynicism. Josh Davis and David Holder handle the demon roles with a real creepy gusto. Gave me a chill or two or ten as it unfolded. Devi Khajishvili, Shanon Snedden (terrifying as the Cage Head demon in one sequence), and Michael Cruz as the cop (and side boyfriend to Tracy) Kyle all handle their roles with aplomb. 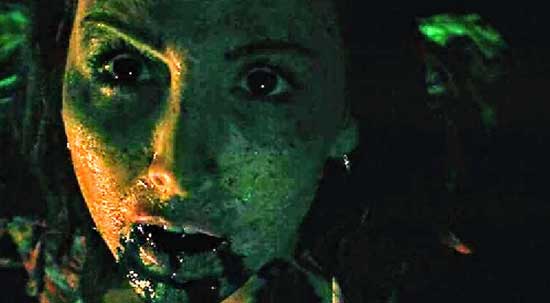 Fall of Grace has a complexity to it that resonates long after the closing credits fade. It doesn’t settle to being just a stalk-and-slash monster fest. In a way, it doesn’t take the easy route to the killings and shock bits. While all that is indeed going on, it also shows the real monster of stress and how it can wreak havoc on relationships just as much as any creature that Hell can create and send forth. In this case, would the exorcist be a marriage counselor? The film is available via streaming through Amazon Prime video and I highly recommend a look-see.