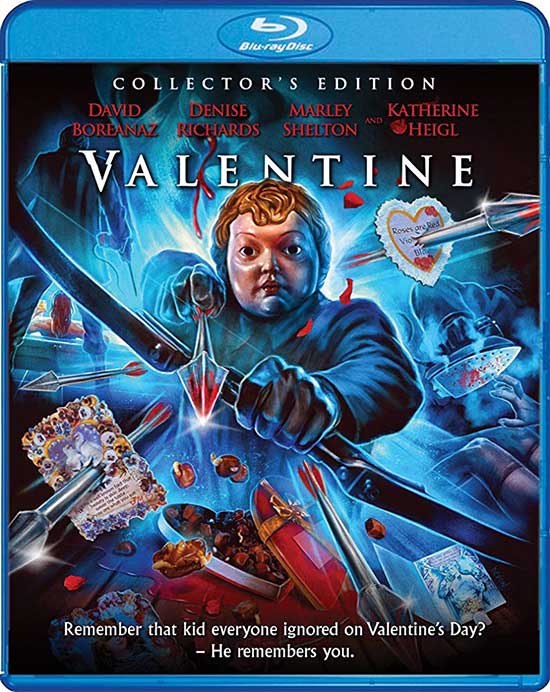 Years after mistreating a bullied teenager in middle school a group of friends become the target of someone looking for some bloody revenge. Is the person responsible the guy they made fun of all those years ago or is someone else the culprit?

I saw Valentine in a theater on opening night back in 2001 and I thought that it was quite awesome. I went into it not expecting to be that impressed by it as I assumed that it was just another crappy mainstream horror flick along the lines of I Know What You Did Last Summer, Urban Legend, and a ton of other similar movies that Scream (which I hate with a passion) spawned, but I ended up really enjoying it for a lot of reasons. As a matter of fact, I think that it is quite underrated and a lot better than most people give it credit for. It’s pretty much fallen off the radar in recent years which is a shame because it is much better than that and deserves more love than it gets. 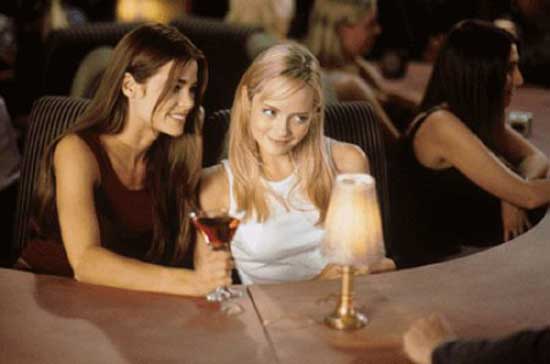 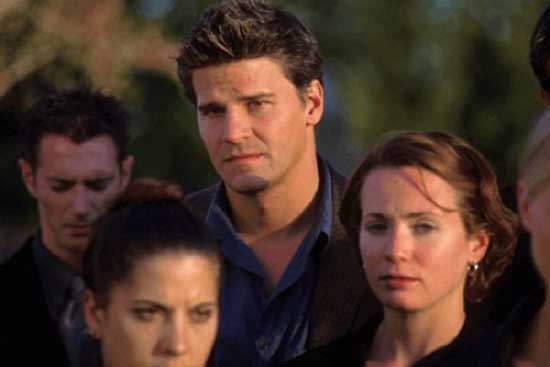 I dig the premise and thought that it had a nice 80s slasher vibe to it (especially during the opening scene). We have this poor kid named Jeremy who just want the girls to like him that is treated like garbage by pretty much everyone at his middle school. Things go from bad to worse for him at the school’s Valentine dance and he ends up getting expelled and sent to reform school as a result. Skip ahead several years and the group of girls responsible for getting him into trouble start receiving these weird valentine gifts (which I thought was a cool nod to My Bloody Valentine) and before you know it, they start getting killed off by some weirdo in a Cherub mask. Sounds like a cool 80s slasher, right? I always thought so and thought that it was cool the people behind it went this route without constantly beating the viewers over the head with reminders and nods that lets them know it is supposed to have an 80’s slasher vibe to it. I’m a sucker for these “someone coming back for revenge because something horrible happened to them in the past” type of movies and Valentine delivers. 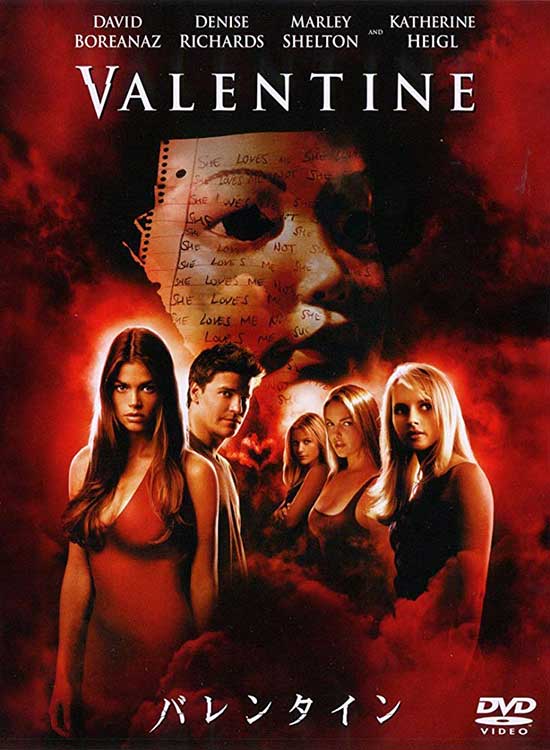 I liked the fact that we didn’t know who the killer was, and part of the fun was trying to figure out the person’s identity. Even though it is extremely easy to figure everything out for some reason a lot of viewers out there still weren’t sure even though the very last scene of the movie lets us know for sure who was behind the murders. I’ve heard a lot of people say that they were confused as to who the killer really was but, in all honesty, I thought it was quite obvious and there was nothing confusing about it. The movie doesn’t say “Hey guys, this is the killer!” or anything but if you pay attention the ending will make sense and you won’t have any doubt as to who the person under the Cherub mask really is. I don’t know if these people just weren’t paying attention or what, but I never thought that the reveal at the end was that mind-boggling to be honest. 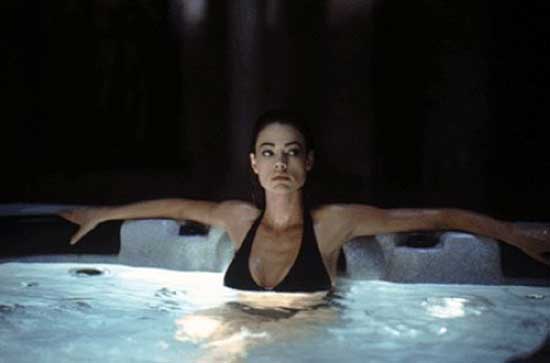 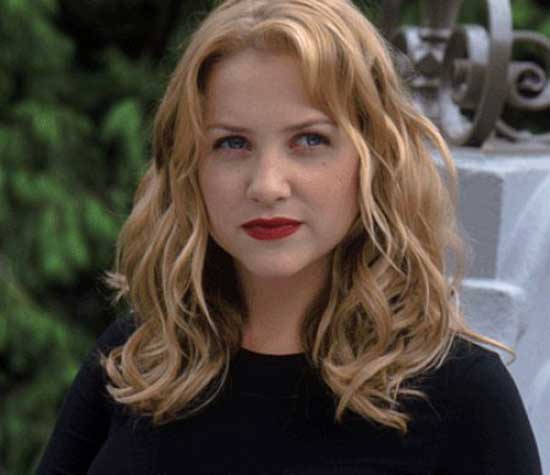 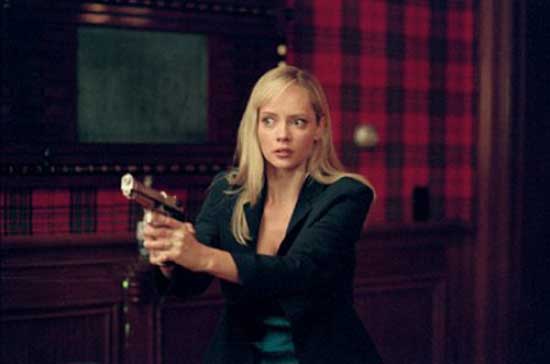 I was quite impressed with the body count as well as a lot of people die during the movie. To be honest, I was a little surprised by how many people died as I just figure that most of them would make it out alive. Speaking of deaths, most of the death scenes that take place are pretty damn brutal and a lot of fun. We get something for everyone here including death via hot iron, death by bow and arrow, a slit throat, fun with an ax, a cool hot tub electrocution involving a huge drill, and my favorite that involves a shard of glass from a shower door which is simple but looks like it hurts like hell. Needless to say, there are a slew of deaths in this movie and the person in the Cherub mask doesn’t mess around when it comes to taking people out. 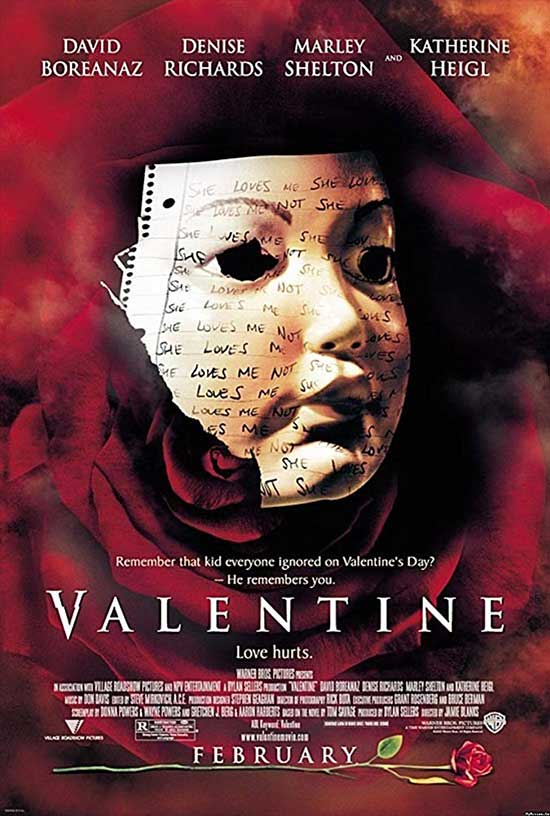 I’ve always been a fan of Valentine and think that it is criminally underrated. It has a lot going for it including a great cast (always dug David Boreanaz and think he is awesome here), an interesting premise, and so super fun death scenes. I am a little surprised it doesn’t have a bigger following because I could have seen it being a popular franchise and the person in the Cherub mask becoming quite the horror icon in their own way. I usually watch it alongside My Bloody Valentine and Hospital Massacre on Valentine’s day and think that if more people gave it a chance, they would dig it as much as I do. If you haven’t seen it do yourself a huge favor and check it out, trust me when I say that you won’t be let down.