Heroes Who Were Big Screen Zeroes

Come little lambs and listen at my knee once more because I have returned. I will show you the way back home just follow me. This week I decided it was an opportune time to give you another compilation, but this one will revolve around the worst superhero movies we’ve seen. Because there are so many superheroes with flicks out there from a variety of different cultures, we’ve only compiled our top five worst so that you can avoid them children. So, settle in and grab that bowl of popcorn that I know you have handy as we delve into the heroes who became zeroes list. 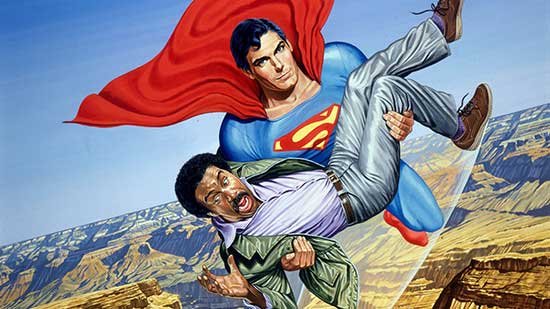 Taking up the fifth spot on this list is a movie that some would call a classic, but when you consider the titular hero of the movie and the convoluted plot of the film it’s hard to call it more than a disappointment Superman III. Despite the star-studded cast, the film is full of inconsistencies whether it’s the flip-flopping villains, a drunk and depressed Superman on drinking binges, or the lackluster performances of the cast this film was a major disappointment in the franchise.

The fourth spot on our list is the 2007 Ghost Rider film starring Nicholas Cage. While Ghost Rider has been an under the radar heavy hitter in the Marvel universe who eventually reaches newfound heights as the herald of Galactus, the film did not do the dark antihero justice. Our titular hero is played by Nicholas Cage, who tried too hard to make a dark character relatable and funny.

In addition to the film attempting humor with one of Marvel’s darkest characters the portrayal of Blackheart just didn’t sell the terror that the character carried in the comics and ultimately the result was a disappointing film that just never reached its full potential. 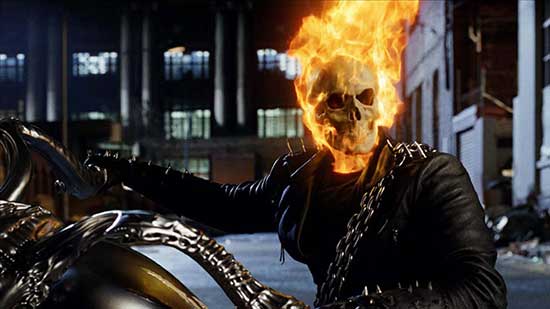 In the third spot on our list is another Marvel Universe attempt to grab the money and run the 2005 flop Elektra. Considered by many to be the follow-up to Daredevil, this movie’s plot was rushed and the character development in the film leaves a lot to be desired. Despite boasting Jennifer Garner as the revitalized assassin who turns hero in the film, the storyline of this film plods along painfully and at times the film feels like it was rushed.

The film is full of rushed fight sequences and the theme of the reluctant hero is overplayed upon and over the top. Needless, to say I think it might be safe to say the only people interested in pushing this project was Jennifer Garner’s agents and it seemed that very little was invested in the background of our villains.

In the second spot on our list, is a film many consider to be the absolute worst Batman movie of all time. The 1997 Batman and Robin, starring Uma Thurman, Arnold Schwarzenegger, and George Clooney as Batman. This film was campy in all the worst ways with Schwarzenegger dropping loads of cheesy cold-themed puns and Uma Thurman attempting to seduce audiences and the heroes alike.

With the unlikely alliance of our villains complicated by a tragic romance and the film’s attempts to have Batman and his sidekick Robin fight over Uma Thurman’s Poison Ivy this film is a hot mess. This film had the potential to make serious waves with the stacked cast it had and should have been a huge hit, but it never really hit the mark. 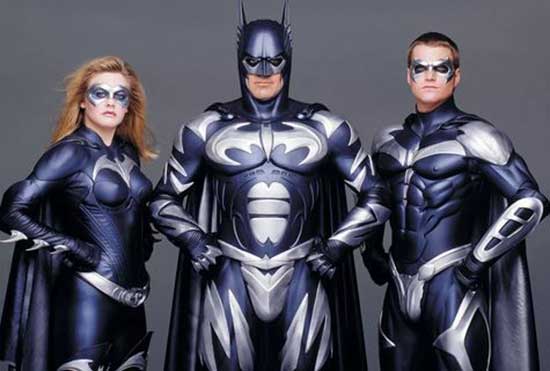 The final film on our list taking up the spot of worst superhero movie of all time is The Spirit from 2008. Frank Miller’s fascination with Will Eisner’s comic strips was an onscreen abomination. Not only was the film an amalgamation of odd scene choices, plodding and cringy dialogue, along with some inconsistent Greek mythology references, even the cast couldn’t save it despite boasting Samuel Jackson, Frank Miller, Scarlett Johansson, Eva Mendes, and Sarah Paulson. Despite Miller’s claims to fascination with Eisner’s work as his motivation for writing up this film it’s hard to tell how much Miller really incorporated it into his adaptation of the story. Not only was this film poorly received by critics and audiences alike, it absolutely bombed at the box office and cost Odd Lot Entertainment tens of millions of dollars and left a black mark on Frank Miller’s reputation with the company. 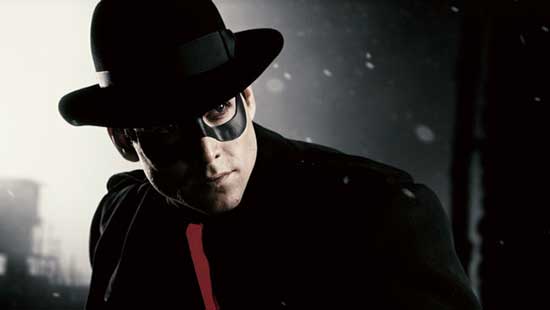 I hope you all enjoyed this list and perhaps you’ll steer clear of these films should you be looking for heroic inspiration. While some heroes are done well, I think it’s safe to say that these heroes ended up being real zeroes on the big screen. Until next time kiddies, stay scared… 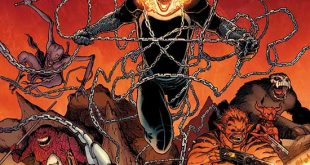 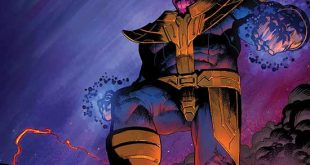 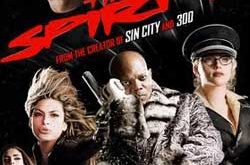 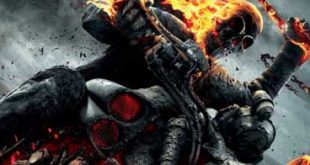