NOW IN PRODUCTION IN CAPE TOWN
FROM UNIVERSAL 1440 ENTERTAINMENT 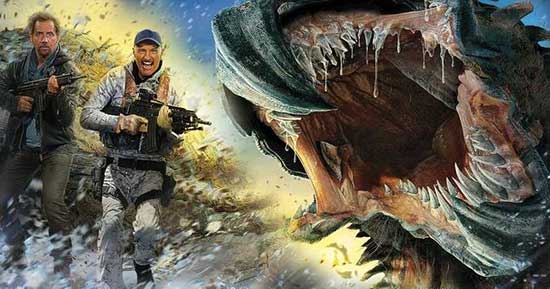 Intrepid creature hunter Burt Gummer and his son Travis find themselves in a remote hotbed of giant man-eating worms in the newest action-packed entry in the wildly popular Tremors franchise. Currently in production in Cape Town, South Africa, this outrageous horror comedy finds the pair at a remote research station where they come under attack by what Burt fears could be weaponized Graboids. Tremors 6 will be released on Blu-rayTM, DVD and Digital HD in 2018 from Universal 1440 Entertainment, a production entity of Universal Pictures Home Entertainment.

“This is going to be the craziest, most over-the-top movie in the Tremors saga to date,” said Glenn Ross, general manager and executive vice president, Universal 1440 Entertainment. “It takes the franchise’s signature combination of suspense, action and humor to new explosive heights.”

SYNOPSIS
Burt Gummer (Michael Gross) and his son Travis Welker (Jamie Kennedy) find themselves up to their ears in Graboids and Ass-Blasters when they head to Canada to investigate a series of deadly giant-worm attacks. Arriving at a remote research facility in the artic tundra, Burt begins to suspect that Graboids are secretly being weaponized, but before he can prove his theory, he is sidelined by Graboid venom. With just 48 hours to live, the only hope is to create an antidote from fresh venom — but to do that, someone will have to figure out how to milk a Graboid!