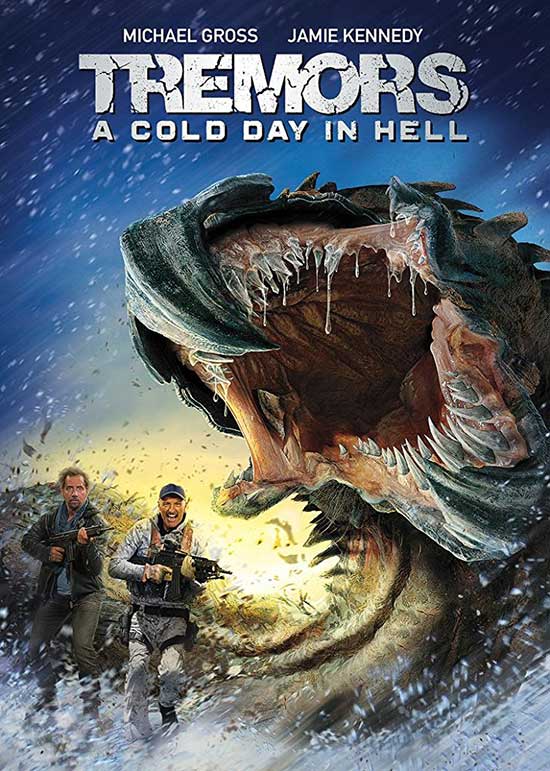 The new sequel finds Burt Gummer, who’s dying from Graboid poison, and his son Travis at a remote research station in Canada’s Nunavut Territory, where they must go up against a new batch of Graboids to save Burt’s life.

“Hey, Elyse? Where did we put the Graboid repellant? Those damned things are back again.”

Mixing the “Tremors” franchise with “Family Ties” might be interesting. Certainly would give it all the “retro feels” people seem to dig. I think fans of both series would love to see Jennifer (Tina Yothers) be chomped by a rabid Graboid. Who wouldn’t want to see Nick and Skippy become two bad-ass Graboid hunters as they both vie for Mallory’s heart? I don’t have the “Family Guy”-inspired urge to take a shot at Michael J. Fox, but wouldn’t it be great to see him back in action, even if it is limited in scope due to his disability? With a big enough budget, they could even bring back Tom Hanks as Uncle Ned to be Graboid fodder. 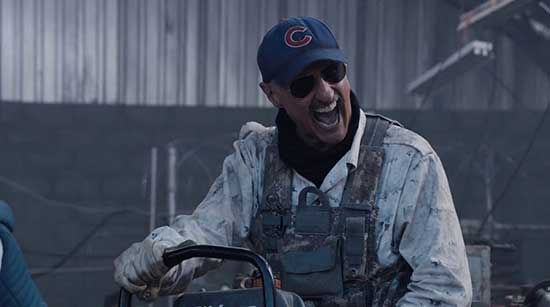 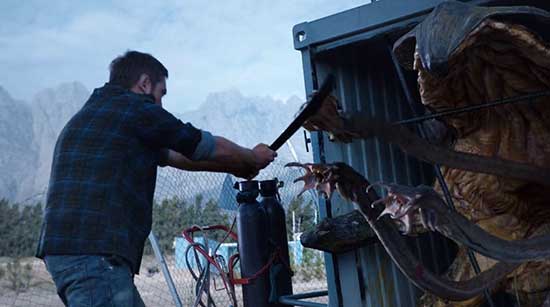 Obviously, Michael Gross plays two very different characters in the shows, but it would certainly open new storylines for the franchise. After screening “Tremors: A Cold Day in Hell”, it is clear this series needs something to inject new life into it if they want to keep it running.

A research station in the Arctic portion of Canada comes under attack by Graboids and their freaky variations. Burt Gummer is called back into action as he and his newly-discovered son, Travis Welker (played by Jamie Kennedy standing in for a real actor), go north to figure out why the Graboids are in cold climates.

It seems global warming is allowing Graboids to spread further north. That is all the explanation that is needed before the film begins casually strolling towards the action. What there is of it. Not to say that there is lack of movement on the screen. People, bullets, Graboids, multi-colored liquids, and displaced dirt fly around the screen, but, much like Macbeth pointed out, “It is a tale told by an idiot, full of sound and fury, signifying nothing.” I’m beginning to think this is the pattern for director Don Michael Paul’s films. The upshot is that in spite of all the movement, precious little seems to happen. 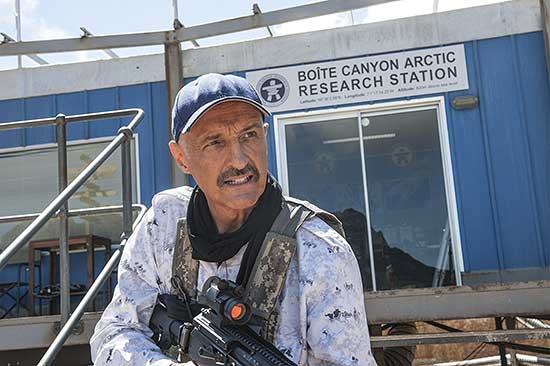 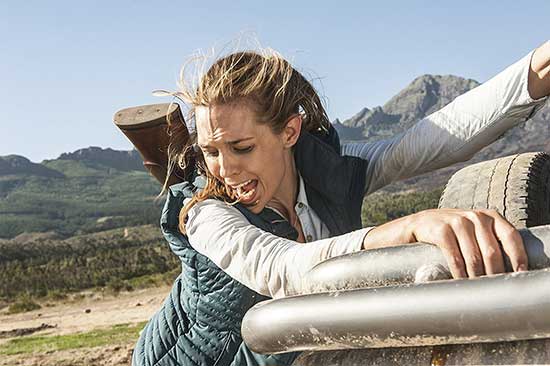 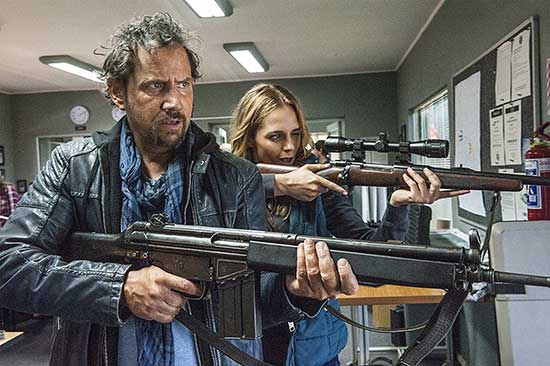 If you haven’t watched the other films in the series, you might be a bit bewildered by Burt’s bouts of what seems to be PTSD that seems to pop up whenever “tension” is needed. Burt, who was once ingested by a Graboid, has become infected by the contact. He is slowly dying, but, if they can capture a live Graboid, a cure could be found. (Never mind this would actually take months of lab work.) Yay! The film has found a way to extend the run time.

We get a couple of montages that suggests the characters are able to do three days’ labor in a couple of hours. Without all the walking, drilling, sawing, and so on attracting the Graboids. Okay, that is asking a hell of a lot of suspension of disbelief.

Well, I think we all know how this ends. I’ve seen episodes of “The Brady Bunch” that had more suspense. In fact, this whole movie has the limited reach of a low-budgeted TV series. That’s not to say that they don’t play that to their advantage because you actually get to see the actors act because most shots are so tight that you can only see their upper bodies most of the time. The bulk of the supporting cast are functional, with one notable exception but that person ultimately gets chomped, so I feel better about the whole thing now. 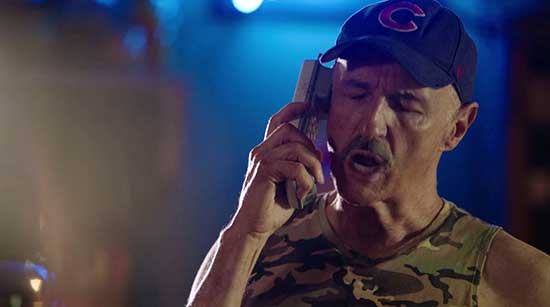 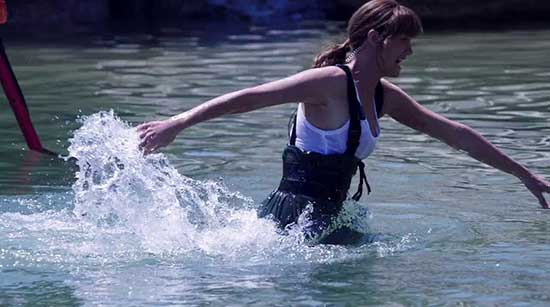 Michael Gross, as always, is the main attraction with these films. He plays Burt as an abrasive jackass that you cannot help but like. Maybe it is the fact he seems like an Everyperson who might be wrong about everything else, but not this one thing, and he struggles to be heard. Maybe that’s giving the franchise too much, but it’s what kept me watching in spite of the many shortcomings.

Jaime Kennedy is in the movie. He acts like someone who was smacked between the eyes with a hammer for half of the film (probably not an act as I’m sure he is still reeling from dropping from the spotlight as the 90s died), and then gives an approximation of a cliché tough-guy character, including emotive destruction of inanimate objects. At least he is working, so good on you, Jaime.

As a standalone film, “Tremors: A Cold Day in Hell” just does not work. You have awkward conversations that either attempt to cram exposition into uncomfortable corners or act as though you understand everything, losing the casual viewer. Worse yet, the film often feels as if entire pages of script were ripped out to cut costs as the film makes occasional jumps that feel as if there should have been more development. If that additional footage had been in there, the pace would have exposed the 55-minutes of actual story and needed plot bloated with too much filler even in its current choppy state. 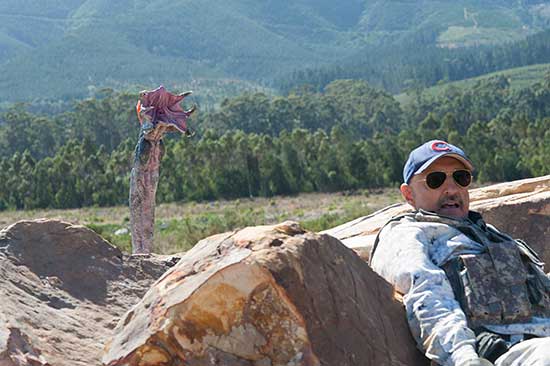 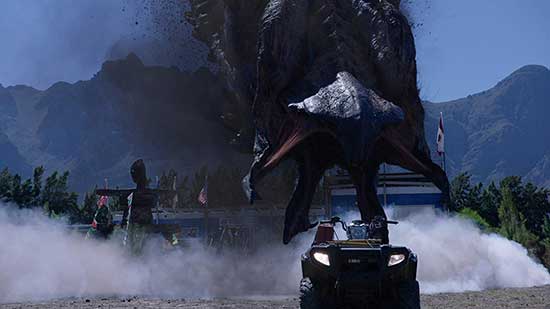 It is really a film for the fans. It works as a nice bit of filler, but fans will have to keep waiting for the next noteworthy entry in this franchise. Or maybe some streaming service can back an R-rated mini-series to put a new spin on things. Or, maybe, just let sleeping Graboids lie.