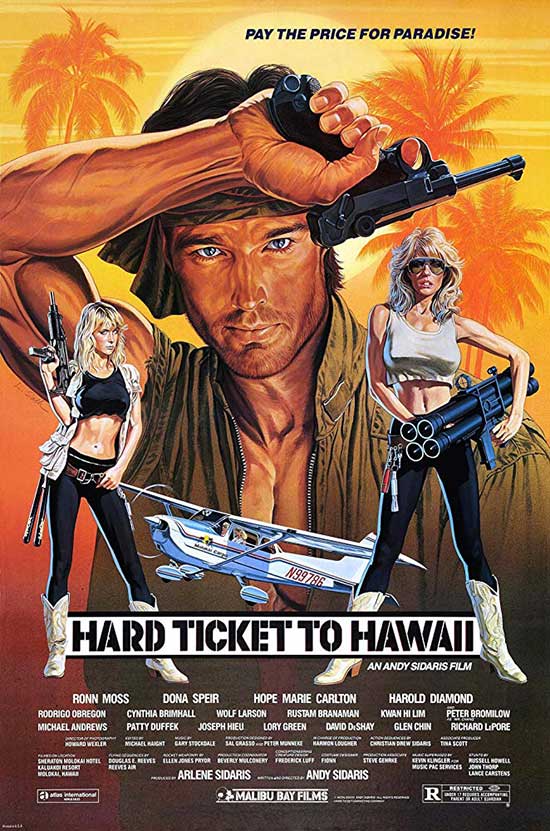 In Molokai, two undercover drug enforcement agents are after a vicious drug kingpin, but on the way, they will also have to deal with a contaminated giant python.

When the chance to review an Andy Sidaris movie like Hard Ticket to Hawaii comes my way I end up getting a smile on my face. It’s not that his movies are good, which they aren’t, but because they usually manage to hit that right mixture of sleaze, cheese, and unintentional hilarity that makes them a fun time. 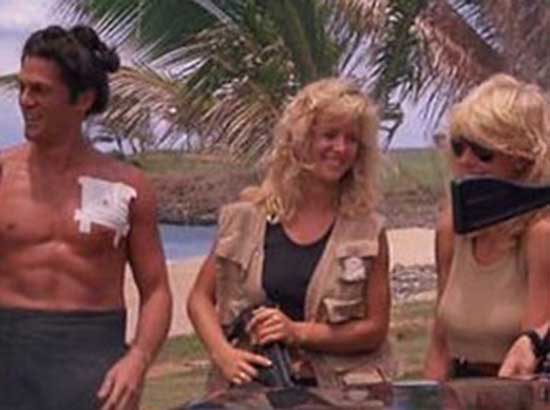 It’s hard to really describe the story to Sidaris’s Hard Ticket to Hawaii because it’s a jumbled confused mess. There were a few films that Joe Bob Briggs hosted in his heyday where he’d say that there was too much plot getting in the way of the story, and that’s a description that fits this flick perfectly. It involves two blond women with an almost uncontrollable need to go topless running some kind of cargo plane business in Hawaii. They stumble across a drug deal and end up narrowly escaping with their lives. They unintentionally managed to grab a package of diamonds while fleeing, and soon find themselves being attacked by the dealers who are after the stones. Assisting the women are two drug enforcement agents, who appear to be as shirt averse as their female counterparts, that are after the same drug dealers. There’s also a giant snake infected with all kinds of dangerous toxins on the loose, a hostage situation, another group of dealers that actually don’t factor much into the story, and a growing sense of amazement that anyone as stupid as these people have managed to live this long. 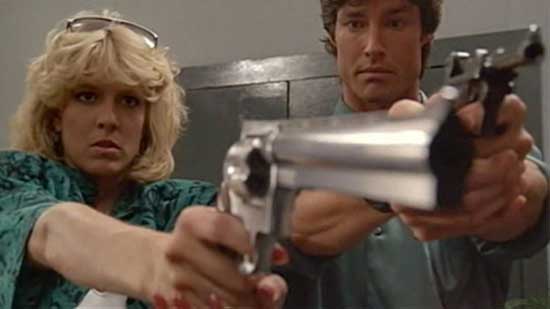 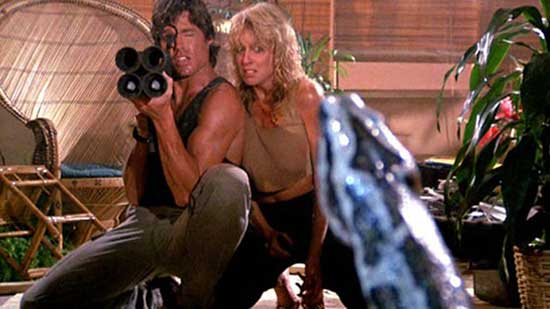 I could go on, but it’s a rabbit hole of nonsense that words can’t do justice to. It’s a kaleidoscope of chaos that a person has to see for oneself to fully understand how a movie can manage to be both convoluted and stupid at the same time. Andy Sidaris, who wrote the screenplay as well as directed, apparently doesn’t understand how to write a coherent story, so he just piled on plot points and action scenes to make up for his shortcomings as a writer. You won’t find an ounce of character development, nuance, or logic. What you will get is a lot of blood, bullets, and boobs instead, which is a perfect distraction for his target demographic that I suspect was 16-year-olds in the midst of hormonal overdrive. 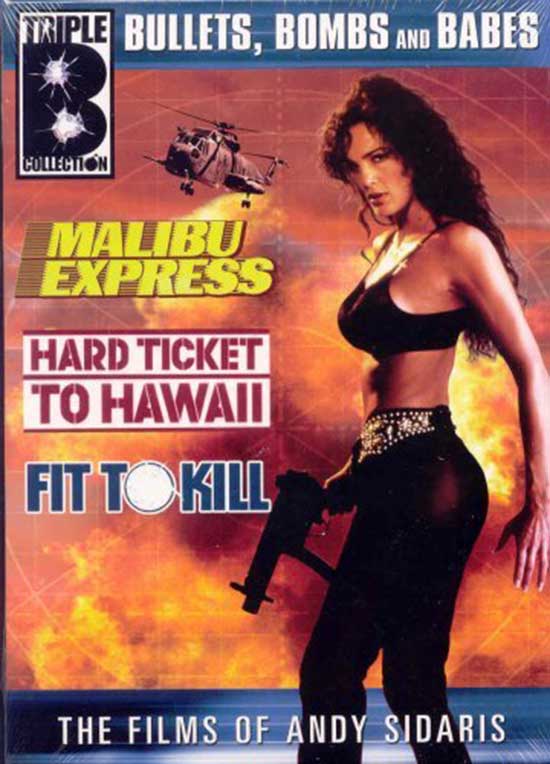 His ineptitude only becomes more obvious whenever you hear the dialogue. It’s like Sidaris never had a conversation with normal people before, or he’s the kind of guy that he’s so busy lecherously staring at a woman’s breasts that he only heard half of what people around him say. Either way, this guy wrote some of the clunkiest unnatural sounding dialogue you will ever hear. Granted this is an action movie and it’s not like we were expecting Shakespeare, but I think fans of any genre would at least prefer their characters to sound like real people when they speak.

Adding to this movies woes was what could loosely call “acting”. Most of the women in the cast were former Playboy Playmates and Penthouse Pets who didn’t have the talent to believably portray a corpse. But then, I don’t think it was their acting ability they were hired for. Their male co-stars weren’t much better since most of them were there just to look good when holding a gun. If one half the cast underacted, the other half seemed to try to balance it out by overacting. It’s at least an interesting display of incompetence and should be used in drama classes as an example of how not perform a role. 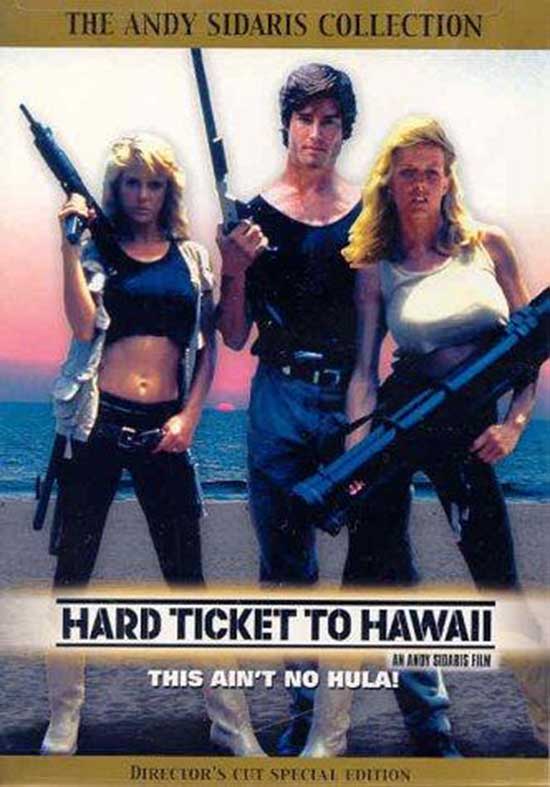 With so many bad things going for it, you might think that there is nothing redeemable about Hard Ticket to Hawaii. Sure it’s a move that gets progressively dumber as it goes along, makes little sense, looks cheap, and feels like a movie directed by a dirty old man who just wanted to have hot naked women around him, but it has some moments of absolute ridiculousness. It just goes over the top every chance it gets, and it’s glorious. You get scenes of a guy killing a person with a rocket launcher, and then destroying a blow-up doll with the same weapon 5 seconds later. You get to see someone gets killed by frisbee laced with razor blades on the edges. You get to see some pretty absurd action set pieces that manage to be hilarious for all the wrong reasons, which somehow makes Hard Ticket to Hawaii rise above how bad it is to be kind of awesome. 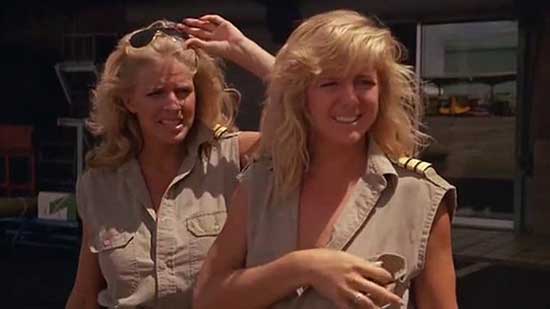 Make no mistake, this is not good film by any stretch of the term. It still manages to be fun, which sometimes is enough to make it worth watching. It’s pure cheese in celluloid form, and I think anyone who enjoys “so bad it’s good” cinema will definitely have a blast.