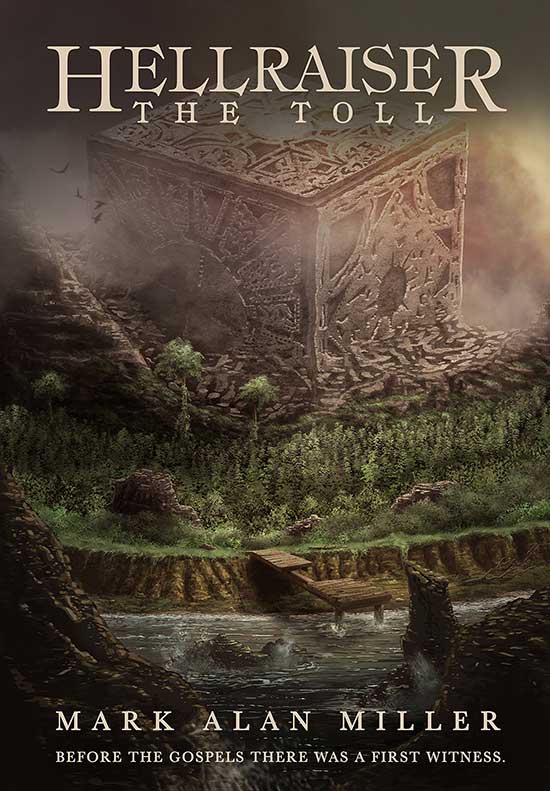 Tom Holland’s Terror Time has officially announced HELLRAISER: THE TOLL, the audio dramatization of the sold-out novella. Hellraiser: The Toll, the 90-minute original full cast audiobook of the original novella, brings to life the story of what happened between Clive Barker’s iconic works Hellraiser and its literary follow-up, The Scarlet Gospels.

Thirty years after Kirsty escaped from the clutches of the Hell Priest, Pinhead, and lived to fight another day, her life has never been the same. Every few years she fashions a new name, a new identity, and a new home for herself. She is a woman who is running from her past at all costs, which is why it comes as such a surprise when she receives a mysterious letter in the mail, addressed to the identity she’s been running from over half her life. Answering the letter’s query, she begins a descent down a rabbit hole to the ultimate confrontation.

Her actions stir something unnameable in the ether and throw her into a game where nothing…not even what she sees in front of her very eyes…can be trusted.

Hellraiser: The Toll, the full cast audiobook, is available now on audible, iTunes, amazon, and through Tom Holland’s www.terrortime.shop.