With the upcoming release of Halloween on 19th October, it’s only fitting that we look through the evolution of one of the most iconic slasher stars, Michael Myers. Whether you’ve been there from the beginning or just starting to be introduced to the Halloween franchise, you’re doubtlessly well-acquainted with the masked murderer, who has been tainting large butcher knives for 40 years. For 40 years, Michael has haunted our screens and over these 4 decades, Michael has evolved greatly. As always, major spoilers ahead.

The one that started it all, the one that created a legacy, the one that won our hearts; it can only be the original Halloween. Practically creating the standard for the slasher genre, Michael Myers is exemplary as a murderer. Escaping the mental asylum that has been his prison for 15 years since murdering his sister on Halloween night 1963, Michael returns to the sleepy town of Haddonfield, bringing it to its knees. Donning the iconic white expressionless mask, Michael unleashes hell upon Haddonfield, in bloody fashion. Who could ever forget the image of the 6’8 masked brute, armed with an abnormally large butcher’s knife? 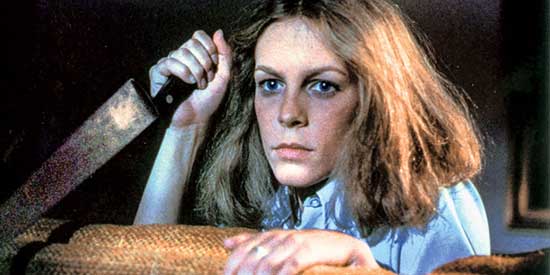 Reeling from the traumatic events of Halloween, Laurie is rushed to hospital as the dynamic duo of Sheriff Brackett and Dr Loomis hunt for Michael, who’s on his way to get Laurie and finish the job. Some giants aren’t destined to be stopped. With the same mask of the previous film, Michael wreaks havoc in classic fashion, making Halloween II an excellent continuation to the Myers legacy.

Following a disappointing absence in Halloween III, Michael returned to our screens 7 years after his last appearance. For those Halloween fans old enough to remember watching the films as they came out, it’ll be a fond memory seeing Halloween IV hit cinemas. Quite a breath of fresh air from the original, Halloween IV saw Michael bloodthirstily stalking his 7-year-old niece after learning of her existence, as ever donning that classic mask. Michael, not being one to tone down the violence, makes sure that he leaves a nice trail of blood and suffering behind him as he stalks his niece. That classic mask strives to haunt us once again. 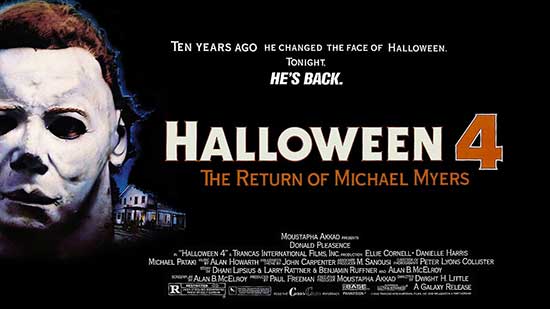 Haddonfield just can’t seem to catch a break. You guessed, the masked marauder returns yet again to wreak destruction and decimation upon the once sleepy town. Michael’s niece is still evading her estranged uncle and this time it’s even more serious and the stakes are higher than ever before. The classic mask gathering dust and ever more blood spatters, Halloween V sees Michael once again reducing the population size of Haddonfield. When will the town ever be able to rest? 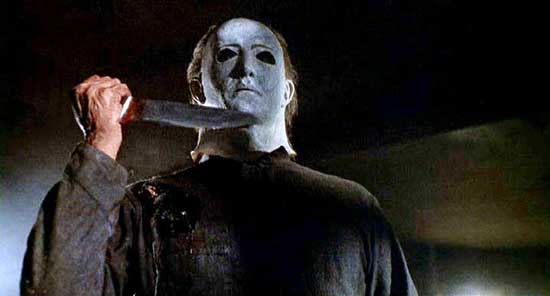 Halloween: The Curse Of Michael Myers (1995)

At this point in the series, everyone living in Haddonfield unanimously shares the sentiment that Michael Myers in of himself is a curse. A painful recurring curse. His niece really can’t catch herself a break as yet again, she finds herself target to Michael and to make matters worse, a strange cult is also attracted to the enigma that is Jamie. Unfortunately, this period of Michael Myers is tainted by the poor treatment from director Joe Chappelle, who was apparently an unpleasant man and didn’t care about the series. Did that prevent Michael from successfully rampaging around with an abundance of slicing and dicing, with a flow of blood and guts? Never. 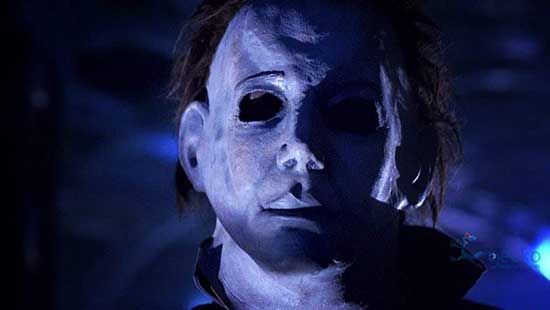 The halfway point for the Halloween series, Halloween H20 was a unique entry to the list. After faking her death, Laurie has a new identity now, but that can’t stay a secret, surely? Of course not. Michael finds her new address and identity, which leads him to search for her yet again. A slightly more plastic-looking mask, Michael trades his size for speed here. Want to see an intense showdown? Watch ‘that’ chase scene. If you want a slashing ending to a movie, Halloween H20 is the one for you. 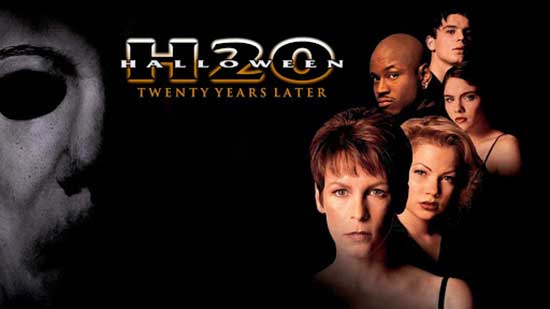 Michael Myers is finally dead! 3 years on, younger sister Laurie is still going strong. At last! With Michael long-dead, reality show hosts at DangerTainment decide to visit the old Myers household where it all started. Of course, if you go looking for danger, danger will come back looking. The thrillseekers on the show are locked in the house, which is littered with cameras. All is well until Michael comes home. Some people just don’t want to stay dead, do they? 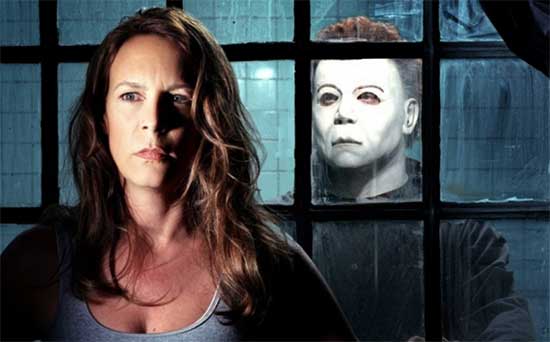 The first of the Rob Zombie duo, Halloween was critically slated, and still is, by critics and fans alike. Does it deserve its consistently frosty reception? Surprisingly, no. Zombie’s Halloween due is actually a fine escapade into the world of Haddonfield and Michael Myers, but all the more brutal and gritty. You weren’t seriously expecting a Zombie film to be like a Disney movie, were you? Putting a slight twist in the tale, we’re let in privy to Myers’ childhood and are given an enormous backstory to the cruel killer’s life. Controversial to many, but forgettable to none. Sporting a battered old incarnation of the iconic mask, Zombie’s version of Myers is unduly criticised. A great couple of installations to the Halloween franchise and a great alternative for those wishing to have a grittier take on the madman’s life. If you’d like to see young Michael in a clown mask, this is the duo for you. It’ll leave you disturbed and grossed out for days. 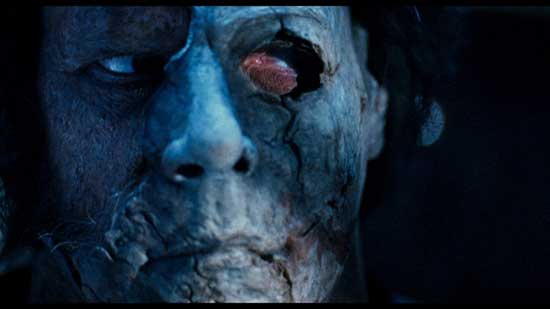 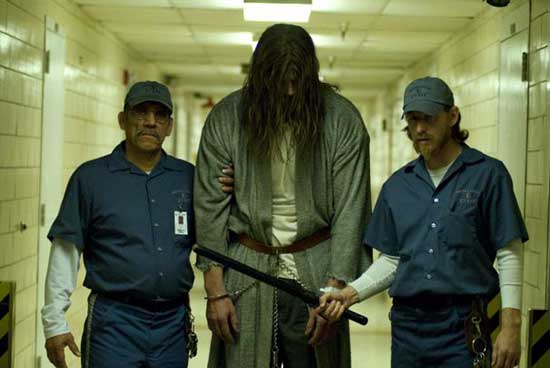 Michael’s latest and most terrifying incarnation to date, this year’s Halloween release has brought the horror back to Haddonfield tenfold. Remember 40 years ago when he wasn’t a brutish terror? Me either. Femme fatale Laurie’s long-anticipated return is said to be one of legends in this ultimate showdown with her mental older sibling. How will Michael act this time? From the trailers, we know his iconic mask will take the centrepiece and will very much bear witness to mass bloodshed. Are we sure about how the showdown will end? No. Are we excited? Hell yes. 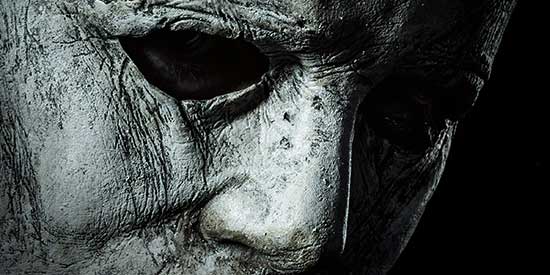 One of horror’s most beloved characters, Myers remains in the hearts of millions and has done for 40 years and will for 40 more. What’s not to love about the unhinged killer? Out of all of the stages of Michael Myers, which period is your favourite? Be sure to stay close to your movie theaters, as Halloween is released on October 19th.