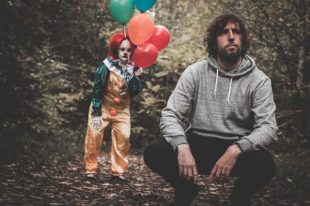 What franchise do your prefer – Halloween or Friday the 13th? Why?

I would definitely have to choose Halloween. To me, Michael Myers has a scarier persona. The scenes where he is simply staring at his victims from afar produces such a chilling effect. 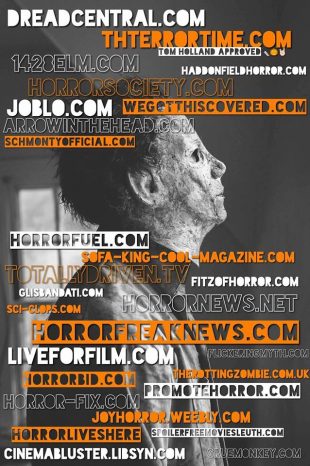 I asked the last question because you made the short film, Michael Myers vs Jason Voorhees and the internet went crazy for it. When did you have the idea to make a short about these two horror icons?

At the time, my biggest hits on YouTube were of me scaring people during Halloween dressed as Michael Myers. Honestly, part 1 was planned to be a comedic intro to those videos while introducing Jason. I pulled in a talented crew to shoot it, and in the midst of filming, that’s when it hit me. We had just shot a scene where I stabbed my friend in a hammock and there was blood everywhere. I looked at the cinematographer and said….”Dude, we need to make this its own thing, and keep it scary.” That’s when Michael versus Jason was born. That day, we went from planning a comedy themed short to starting a serious three part mini series. It’s crazy to me how far those videos have reached, and the positive feedback I have received.

You made a series of shorts about The Pale Faced Lady and I believe you mentioned they were based on a nightmare. Can you elaborate on that?

When I got married, we moved into an apartment while we looked for houses. It had two levels. Kitchen and living room were downstairs while the bedrooms were above. I used to have these recurring nightmares of waking up and going downstairs for a drink. I could feel this thing staring at me from the dark corners of each room. It appeared to be a lady. She would never speak or move….only watch me while completely frozen. I could tell she wanted me to acknowledge her, but my instincts were to push away how horrifying this experience was. It seemed that the more I tried to ignore her, the angrier she would get. I started to write notes down about this experience, and that is how she came to be. It’s so weird seeing this ghostly woman come alive. I had a lot of help from the cast and crew to really nail this thing, and couldn’t have done it without them. A nightmare created visually for the screen. 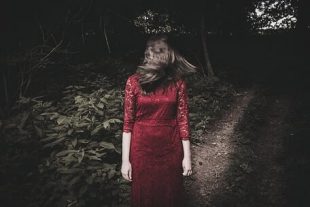 Can you briefly take us through the differences between The Pale Faced Lady (part 1), She Will Return (part 2), and In Darkness I Wait (part 3)?

The Pale Faced Lady (Part 1) is a ghost story with visuals at it’s heart. It’s very narrative driven, creating the atmosphere, and showing you a glimpse of what the ghost is capable of.

She Will Return (Part 2) is suspense driven while dealing with the loss of a loved one. Regret is a main theme I used throughout. There’s moments in life where we ask ourselves if it’s even worth going forward. Yes, it absolutely is. You can break free of the negatives, find happiness, and help one another. Unfortunately for my characters it’s too late. This created the theme and origins of the Pale Faced Lady.

In Darkness I Wait (part 3) I’m going full terror. At this point, you know the story, how she came to be, and what she’s capable of. Now, we follow characters who go into the house to try and rid the nightmare once and for all. I’m wanting this to be the payoff for the series. Tense atmospheres, dread, and horror…my goal is to scare my mom on this one haha! 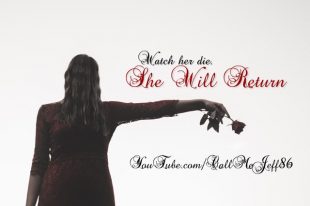 What was the most challenging aspect of making these three films?

In part 1, the ghost is in every single scene if you look carefully. That was a huge challenge because you don’t want her to be obvious all the time. Placement is key, especially in horror. Too much is not a good thing, and that always runs in the back of my mind. 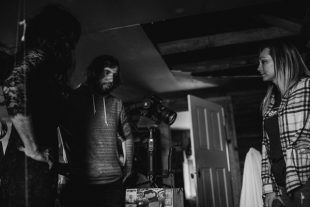 Do you think you will revisit making more of The Pale Faced Lady series in the future?

Never say never. If I can come up with a good idea or have another nightmare we may go back and revisit. 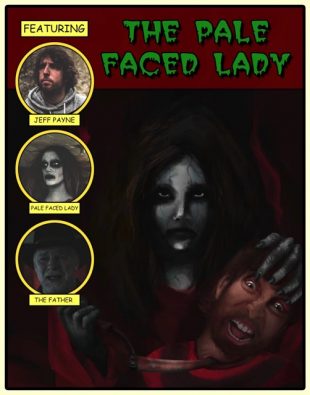 Who / What inspires your creativity?

Horror films in general is a big inspiration to me. When I have a busy day, I can always come home and pop in flicks like Session 9 or Lake Mungo, and feel 100% invested in them almost like an escape. No other genre can do that for me. Creating things for people where they can go and lose their daily worries for a small amount of time brings me happiness. 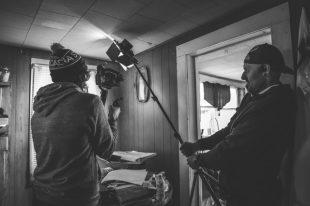 Tell us about Jeff Payne photography?

I’m a full time photographer/videographer that specializes in weddings, themed shoots, and portraits. I love to travel, meet new people, and capture their moments. Super grateful for this job, and all of the memories I’ve made. 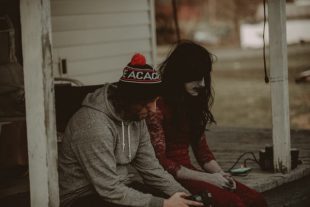 Do you have any ambitions to make a feature film?

Absolutely. I would love for a chance to live in that atmosphere and meet new people. 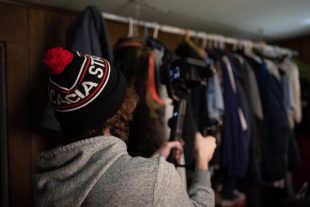 What is the next horror project that you will be working on?

I honestly don’t know. I try really hard not to think about future projects until I’m complete with the current one. I can say it will definitely be horror though. 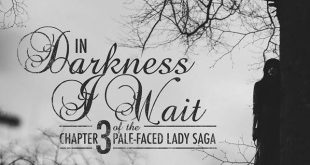