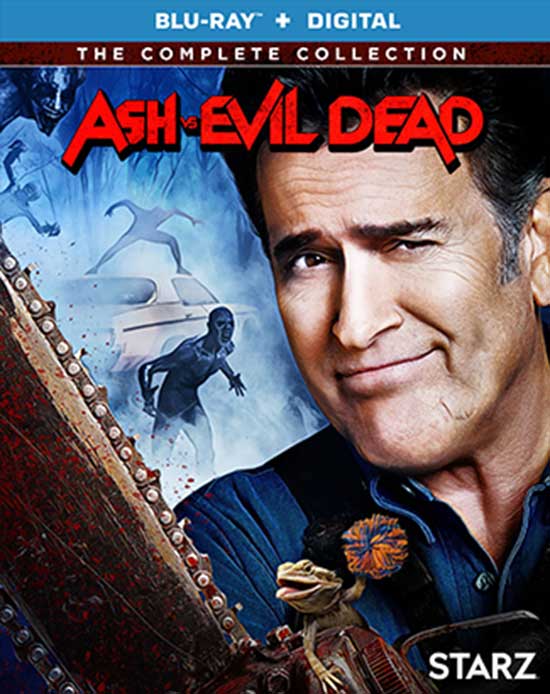 If you didn’t catch our previous PR on this release, then it’s certainly worth mentioning “again” as this franchise TV show is bat-shit crazy and worth the effort to seek out. I’m talking about none other than the “Ash vs Evil Dead” franchise of which just completed 3 smashing action packed and bloody chaotic seasons. Those who were on the ball may have already collected the seasons as they rolled out (nothing wrong with that of course!) Though coming off this roller coaster of a series the Starz folks took it another step by releasing all 3 onto a single box set. In analysis it looks like the extras are the same from the 3 individual season releases, though the smaller package does take up less shelf space. 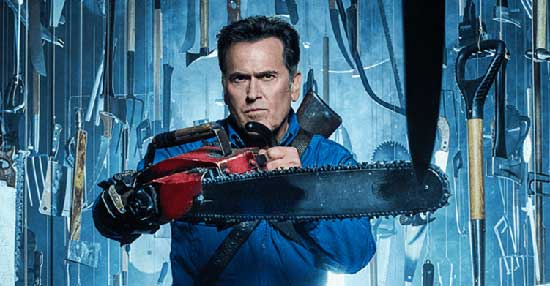 Ash fans can read all 3 of our previous reviews of each seasons here:
Season 1
Season 2
Season 3

No need to recap what’s already been covered

If you’ve been keeping track, its surely fair to say I’m completely biased as a diehard fan of this series. The “Evil Dead” franchise itself has long been a fan-favorite, though this special Starz series run tops the cake. Ash and his cohorts kick ass, chop heads, expel demons and never look back. It’s a chaotic universe you wouldn’t want to live in with possessions seeping into souls and bystanders with the frequency running water in a world gone mad …..open season to the demons of the Necronomicon’s underworld. 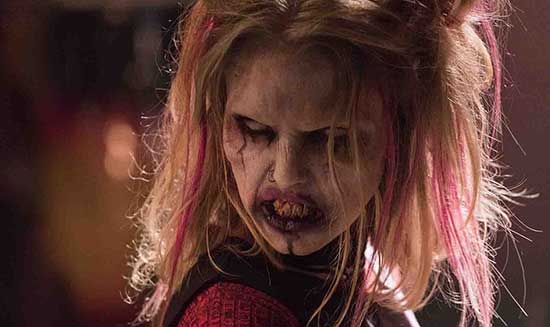 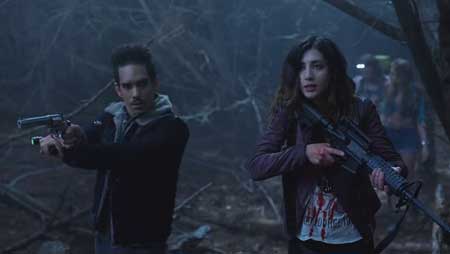 We get new characters, new stories, new time lines, new explanations, news creatures, new reveals……wheww….I’m, outta breath on that one, but you get the gist, it’s a journey in itself!

The star of the show, Bruce Campbell is alive and kicking like never before chasing down the demons with his one armed chainsaw. However the real star of this series is the array and invention of practical special effects being churned out that slam dunk every episode being put out. You’ve never seen blood, chaos, and humor combined so well on the TV screen as this series delivers on.

Not a believer?
Check out any season and you will get a healthy dose of the evil Dead and world of Ash worth talking about. The supporting characters and actors are instantly loveable as they support Ash’s cause and reluctant heroic mission. 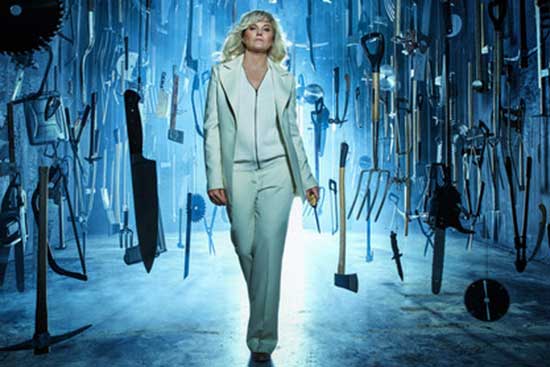 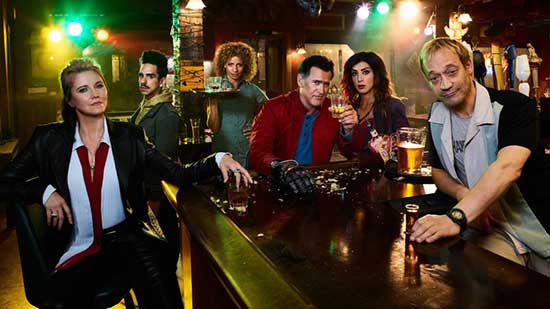 The box set features all the goods, wrapped under 1 tidy package. As of the completion of this set, it was announced that we won’t be seeing a Season 4, however………….. we have heard such claims in the past on series…so you never know is ol Ash has got it in him to reprise his role

I however found the seasons to be delightful in wrapping up the linage here and the missing parts of the franchise. By Season 3 end you will encounter the supreme source of all this evil with Ash standing by to pass out some heavy helpings of whoop ass. Over 905 minutes of pure madness ready to consume

So why are you still reading his?…………. get to you Amazon cart (or whatever) and get this one ordered up ASAP, you won’t be disappointed.