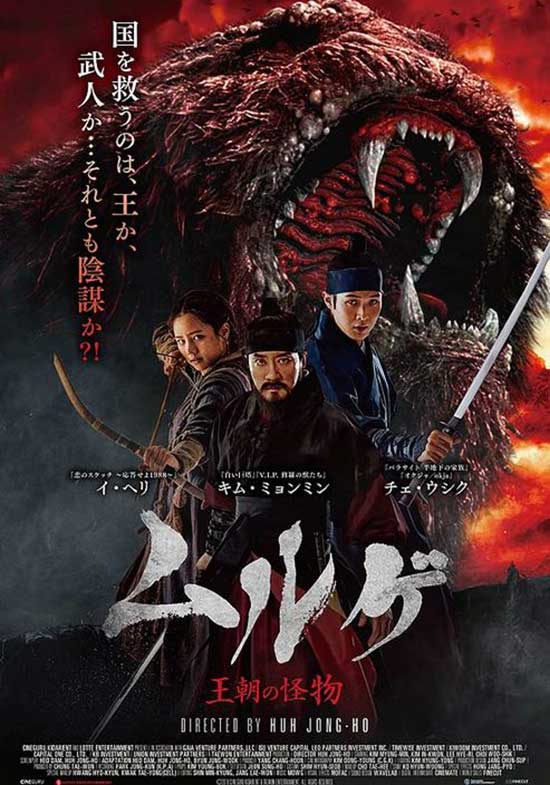 Yoon Gyeom is a loyal subject of King Jung Jong of Joseon. He struggles to fight against a monster that threatens King Jung Jong’s life and a group of people trying to depose King Jung Jong.

From South Korea comes a period adventure filled with action, intrigue and monsters. Monstrum is not the most complex of stories, nor is it likely to win any awards on originality, but nevertheless offers 104 minutes of solid entertainment. 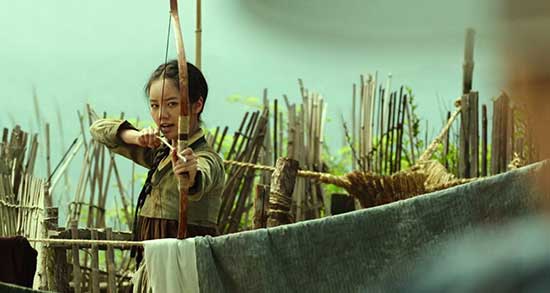 The story is set in Joseon era. The country is ravaged by a plague and political tension run high with the prime minister eyeing the crown for himself. Meanwhile rumours of a horrendous monster named “Monstrum” laying devastation to the countryside are circulating amongst people, with no one really knowing whether the stories are true or just another political ploy. To help to solve the situation comes an ex-soldier and loyal follower of the king, Yoon Gyeom (Myung-Min Kim). Together with his bumbling brother Sung Han (In-kwon Kim), daughter Myung (Hyeri Lee) and a government official Heo (Choi Woo-sik) he set on to investigate the mysterious beast and save the country and the king from its clutches. 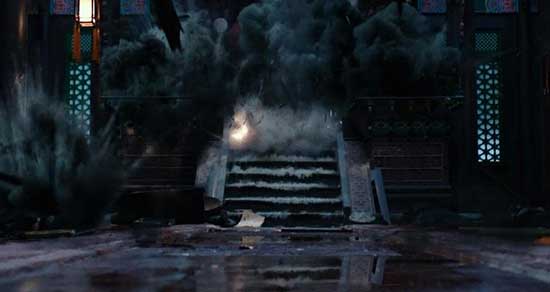 As stated, Monstrum offer no great surprises when it comes to storytelling. Its plot follows a well-trodden path that is as predictable as clockwork, from double crossings to inevitable downfall of the bad guys. The characters are likeable but equally as cliched, with a sullen hero reluctantly returning from retirement, awkward sidekick for comical effect, a plucky daughter who can fight as well as any man and a quiet and mild-mannered government official/daughter’s love interest. 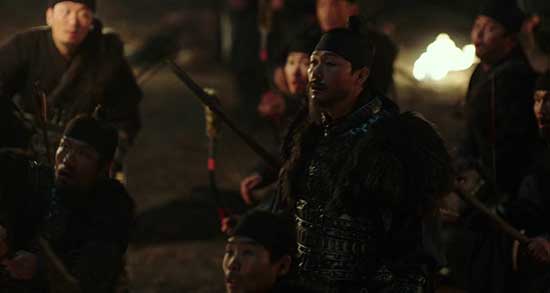 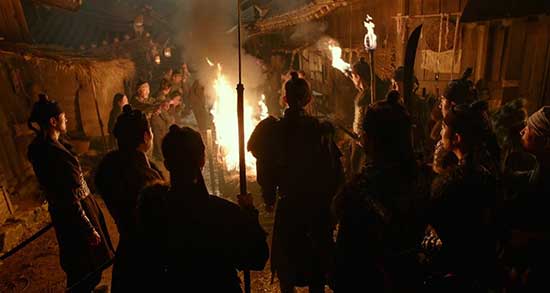 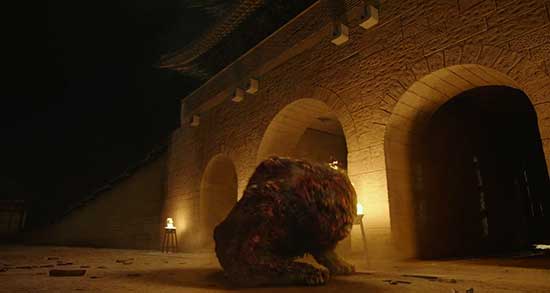 There is a slight attempt at building some political intrigue between the prime minister and the king, but all of this is left largely to the side-lines of the story, as action takes the centre stage for much of film. However, none of this really takes away from the enjoyment of it. You may be able to anticipate almost all the twist and turns of the story, but somehow Monstrum still manages to do a grand job in keeping one entertained. The story is well paced, leaving very little room for getting bored and requires practically no brain power to keep up with. You can just simply forget about everything and let the comfortingly familiar story arcs take you away. 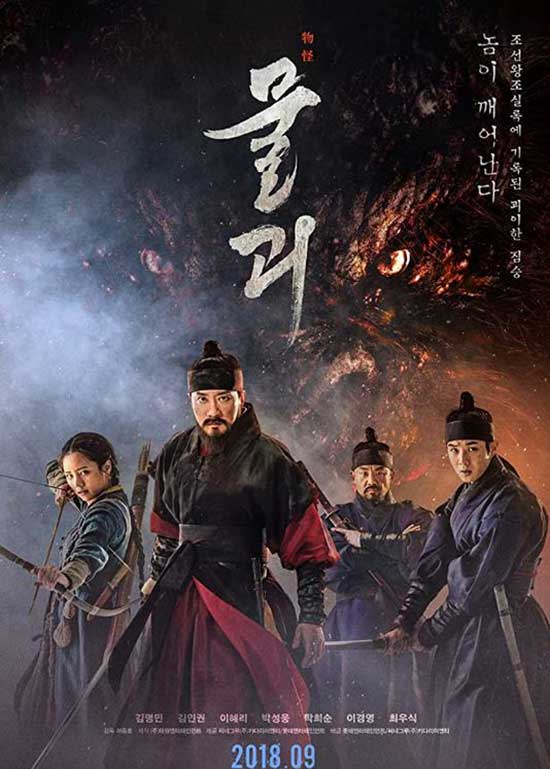 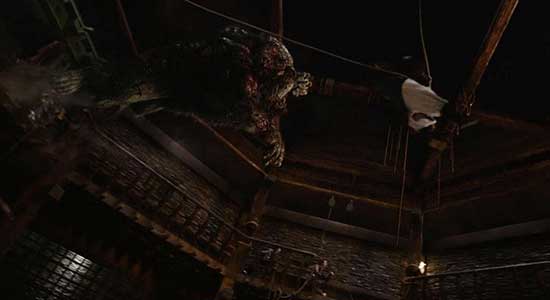 Action is plentiful and well-choreographed, from big group scenes to one on one swordfights. Similarly, the cinematography fits the bill and brings the story alive in a vivid manner. If I’d had to criticise something it would be the monster itself, which unfortunately does not quite live up to the same stylistic standard as the rest of the film. It’s not the worst example of CGI monster making out there, but it’s far from the best either and would perhaps be more home in a videogame, rather than in a film. As it stands, it does kind of feel like watching a game character interact with actors, which unfortunately distracts one from the magic of the movie somewhat. Also, the fact that rather than bloodthirsty monster, the beast in question resembles a mutated Pekingese and as such does not invoke much terror, does not do it any favours either. Furthermore, I found myself slightly frustrated with some of the blatantly obvious plot holes and Deus Ex Machina-type solutions to some of the problems presented in the story. It is nothing majorly important but might still prompt an eye roll or two from more mature audiences. 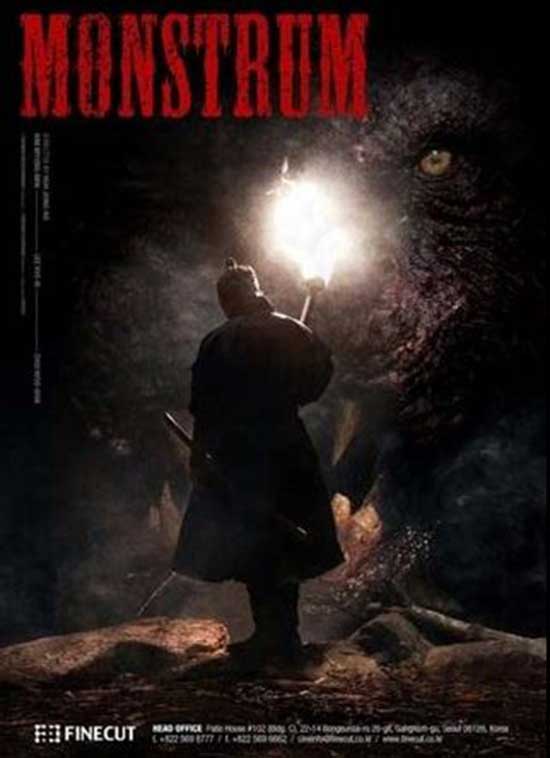 In essence, Monstrum is a children’s film. Some might disagree with that statement as it does contain some light bloodshed and a few harrowing scenes of executions (although none of these are particularly bloody, nor are they revelled in), but for those living with small monster fans, Monstrum might be just the ticket. The plot is speedy and eventful and doesn’t involve any overly convoluted content that the younger viewers might not understand or get bored by. The monster is wild and furious, but not overly scary and its rather sweet background story is sure to appeal to those rooting for the monster rather than the humans. Even if you don’t have tiny humans needing entertaining and just want some very light check-your-brains-at-the-door kind of entertainment, Monstrum is certainly a worthwhile option to consider.