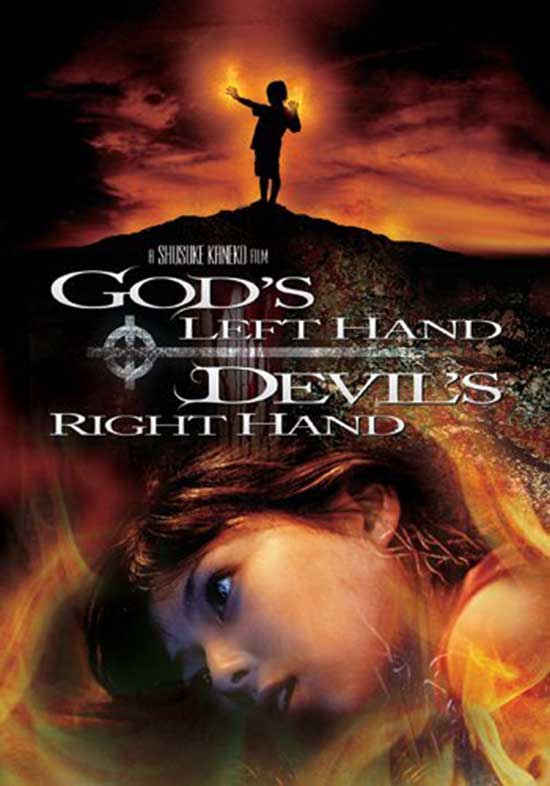 God’s Left Hand, Devil’s Right Hand is a film adaptation of the comic book artists Kazuo Umezu’s manga by the same name. I personally came across this rather unsettling piece of horror manga a few years back when I was laid up on a sofa after a surgery.  Umezus dark and twisted drawing style caught my attention straight away and once I actually started reading it, I was completely hooked. His work is not just incredibly violent but also terrifically bizarre: a combination that really appeals to me personally and laying there with my broken bones and varying amounts of rather severe pain, it felt like the perfect thing to be reading. Umezus use of the most extreme body horror imaginable was just the ticket to get my mind of my aching bones as well as the creeping boredom of being stuck in my house, and I have been a fan ever since.

When I learned that God’s Left Hand, Devil’s Right Hand had been turned into a live action film I was slightly curious but also suspicious. Not only is it exceedingly outlandish with its violence, but it’s over 300 pages long with a lot happening in those pages, so condensing all of that to just mere hour and half seemed quite impossible to me. And I wasn’t mistaken. What the director Shusuke Kaneko (also known for the film adaptation of Death Note; a much more successful manga reworking) has created is a very disjointed piece of cinema, that completely fails to deliver the dark atmosphere the original material has. 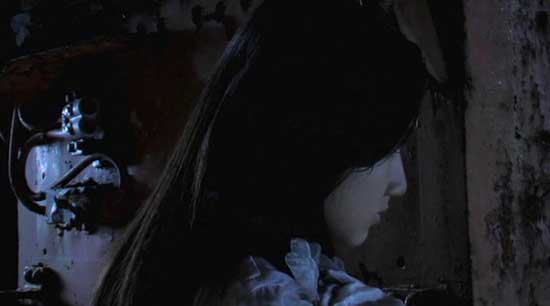 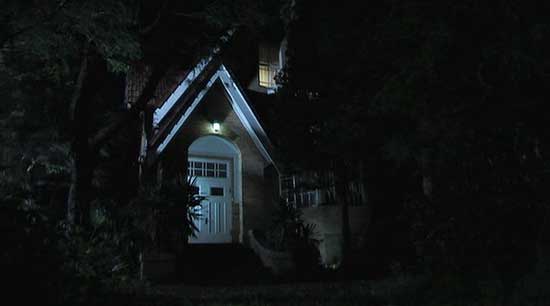 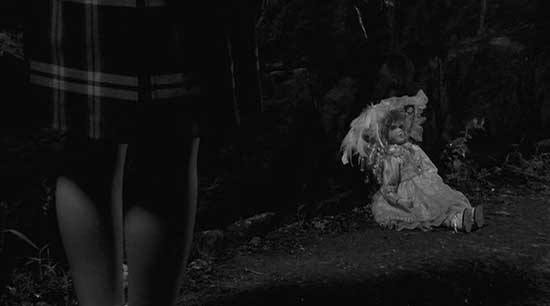 Of course, this film does not try to compress the whole manga into such relatively short running time. Instead the filmmakers have chosen a section of the story called The Black Picture Book and tried their hardest to turn it into something half way sensible. The problem is, that as it is only a small part of quite large piece of work, it doesn’t t really work on its own and without the context of Umezus literary work, it makes a very poor and confusing stand-alone film. Somewhat ironically though, the story is actually fairly loyal to the original material. It follows all the broad strokes of the story dutifully and some scenes are actually almost a carbon copy of the comic. Unfortunately, the things that have been changed, are the very things that are wrong with the film, one of the major ones being the main protagonist. Instead of the main character of the whole saga, Sou, the filmmakers have opted to use her sister Izumi as the driving force of the story.

This wouldn’t be a problem as such if her actions made even half way sense, but what we got here is a series of incoherent incidents that don’t seem to follow any logic. Izumi, alongside some other characters she meets along the way, just seem to accept the strangest of things as something completely plausible. Like it is completely reasonable that your comatose brother talks to you through a broken-down cellphone. Or when a complete stranger asks you to help them find a local serial killer simply because you have a blue cellphone, you just go along with like it’s the most ordinary thing in the world.  Besides this there are several Deus Ex Machina-type solutions to the problems Izumi and her friend encounter and it not only adds to the confused nature of the film but also makes the script writing feel very lazy. 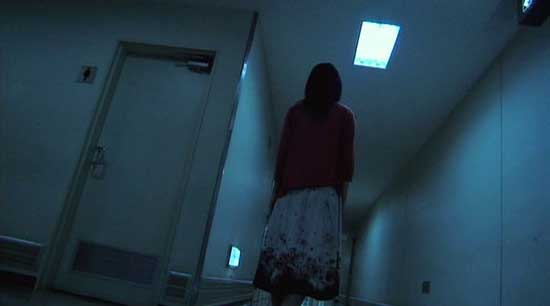 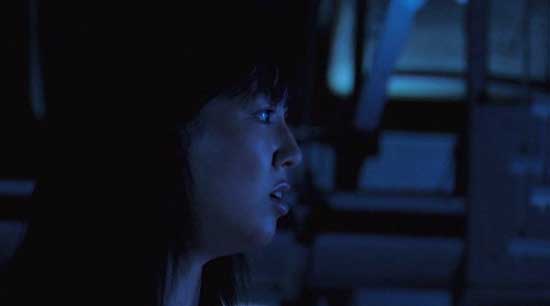 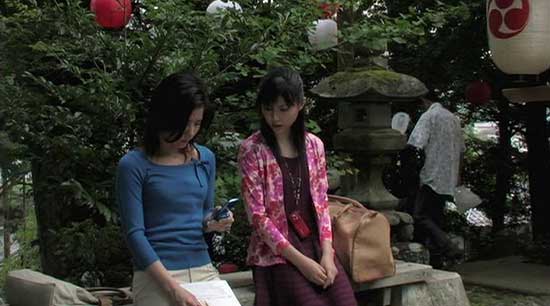 I guess the idea behind the rather outlandish plotlines is to follow the structure of the manga. In it bizarre happenings just follow each other without too much explaining. However, what works in the world of comics doesn’t not necessarily translate in film, and that is certainly the case here. To work, the film really needed some sort of rules, some sort of explanation of how things work in this universe. Instead it just jumps right into action without framing the story or explaining anything and that just makes the whole thing feel hurried as well as confused. I can honestly say that had I been watching this without any previous knowledge of Umezus work, I would have given up in the first half an hour of the film.

One positive thing about God’s Left Hand, Devil’s Right Hand is the gore. That is one thing that I quite enjoyed. Blood flies (literally) right from the very beginning of the film and most of the gory scenes keep up the same pace. There are beheadings, nailing people to the floor with a nail gun and even someone getting wringed up like a wet towel. Now all of this is great and most of it  is pretty well executed, but it still doesn’t hold a candle to the violence in Umezus original work.  Even though most of the gore scenes are taken directly from the pages of the manga, they are still only watered-down versions of what can be found on the comic. Now, a lot of this is understandable, as to re-create the surreal madness that is Umezus literary works, you would need a pretty crazy special effects budget and some truly visionary directing. However, I do feel that have the makers of this film spend a little more time trying to re-create even a fraction of the darkly twisted atmosphere of Umezus manga, they could have created something much more interesting. As it stands, if you have read the manga, even the goriest scenes in the film will feel like a bit of a letdown. 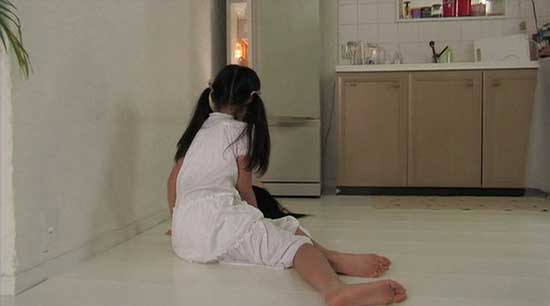 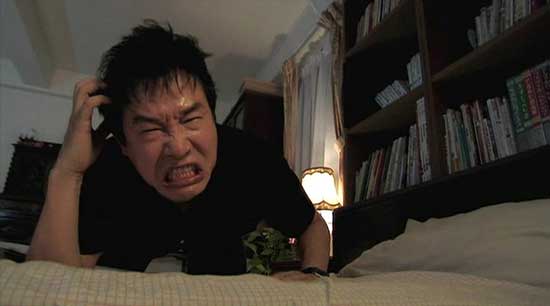 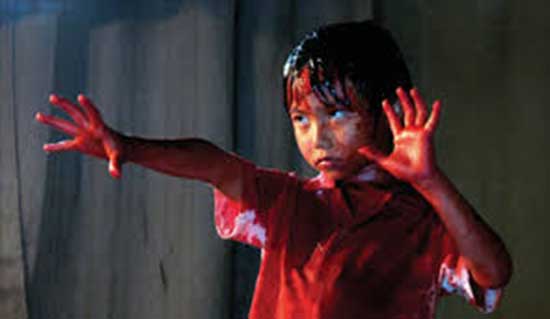 I don’t think I would recommend God’s Left Hand, Devil’s Right Hand to anyone. If you are a fan of Umezus mangas, you could possibly give this a go just out of curiosity, but even in that case I would prepare to be disappointed. As a stand-alone film, I would not try it, not even for the gore. There’s much better options out there for that. Safest thing to do is steer away from this one and read the comic instead.