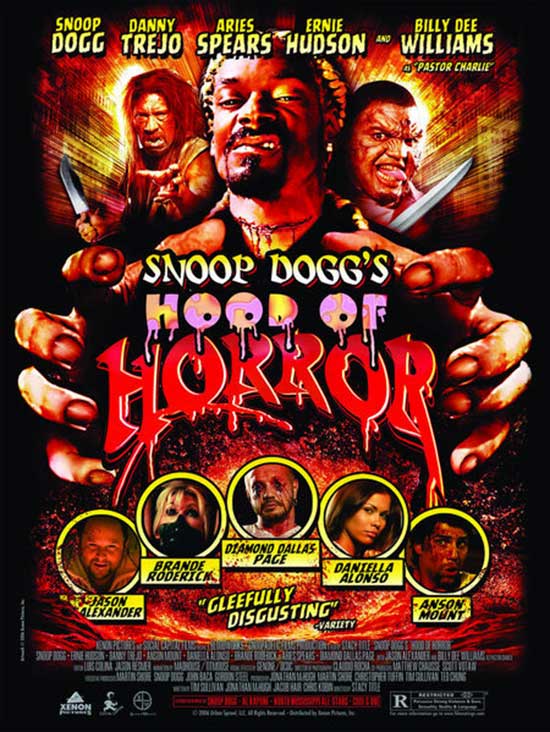 A hip hop horror anthology of three tales of terror told by the Hound of Hell that revolve around the residents of an inner-city neighborhood whose actions determine where they will go in the afterlife.

As the old saying goes, “Sometimes, a cigar is just a cigar.” Freudian analysis aside, let’s just say that sometimes, a bad movie is just a bad movie. You know it. I know it. In the case of “Hood of Horror”, everyone involved knew it as well.

If you go into this film expecting something on the same level as “Tales from the Hood”, pack your bags and hit the road. It uses the same structure and both reference “the Hood”, but they are not even close in their target audience. The older film intended to be more traditional in its presentation. “Hood of Horror” is that obnoxious, loud party that you can’t help but join just for kicks. 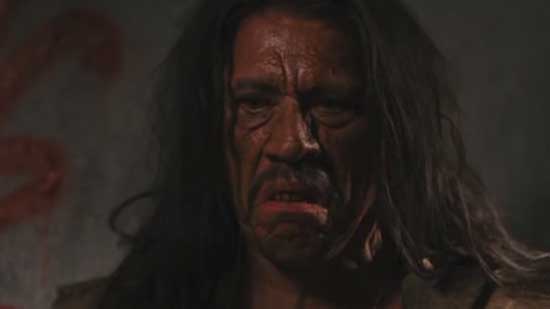 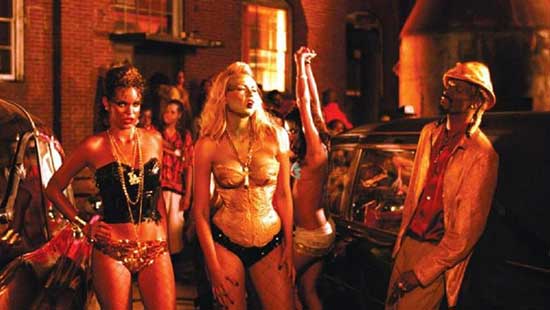 The film opens with an animated sequence showing a gun battle raging through the streets of the “The Hood”. Bullets fly everywhere. It seems that one of the gang members accidentally shot his own kid sister. The young man is offered a choice by a demon – give up his own life and his sister will be brought back or live with the guilt. One slit throat later, and the girl returns to her heartbroken mother.

The young man is then told that his choice makes him the new local version of the Grim Reaper who gets to deal street justice to those who deserve it and collect their souls.

Welcome to Snoop Dogg as your host. He has a little person as his minion and two ghoulish beauties at hide side. He sets up the tales by explaining his role in keeping the neighborhood in balance, then he drops the first story.

A young female tagger shows a talent for art that could be her ticket off the streets, but she persists in tagging, or putting her personal graffiti signature, across her neighborhood. This angers a local gang who threaten her life. She escapes but is captured by a zombie-looking guy who gives her the power to clean up her gang-infested environment. As she crosses out each gang member’s tag, the gang member dies. Pride gets in the way of her fulfilling her destiny. 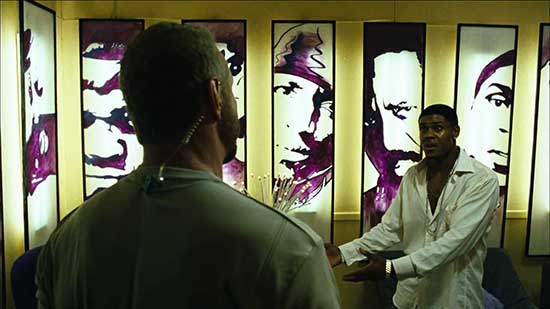 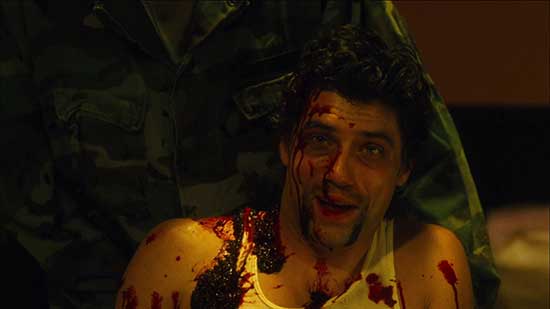 The second story feels like it was lifted from the “Blind Alleys” segment in the “Tales from the Crypt” movie from 1972. A group of aging Vietnam veterans who have been given a home and care from their commanding officer are faced with the officer’s death as well as his self-obsessed son and daughter-in-law due to conditions in the will. The jackass son takes away their rooms, cuts their food supply, and makes the veterans’ lives miserable until one of the men dies due to neglect. The remaining soldiers decide to teach the young man some respect.

The final story tells the age-old tale of power and fame corrupting those with the best intentions. Sod and Quon have been busting their tails trying to get ahead in the rap business. Success finally comes, but the money and celebrity go to Sod’s head. One night, while stopping to celebrate by grabbing something to drink, a robber confronts the two and Quon is fatally shot. But the dead Quon will not stay in the grave because he has doubts about his death, and Sod does not have the right kind of answers.

After the tales wrap up, Snoop Dogg rolls out an extended rap number in which he recounts the events of the three tales and offers up the justice handed out in each case.

For your time, you get three stories that aren’t that great, but the whole thing moves quickly enough. The final story is probably the slowest of the three; given it is the more serious story of the movie, the careful pacing is fitting. Still, unless you loathe rap/hip-hop music/culture, you can enjoy this with your friends as entertaining background noise. 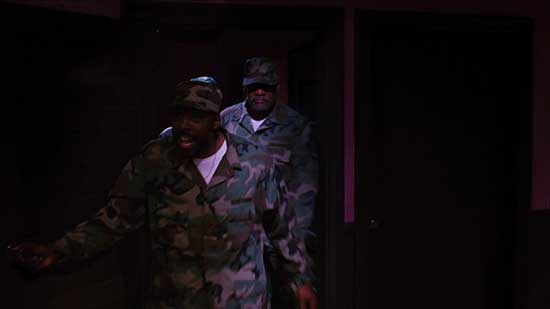 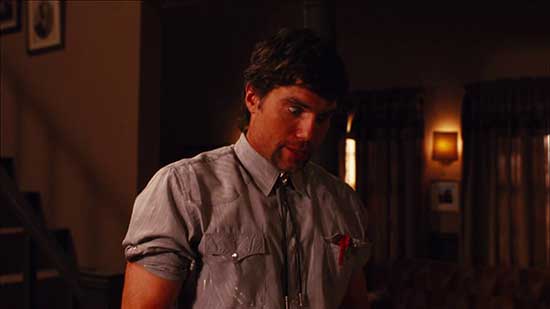 You also get short performances by an interesting collection of actors: Jason Alexander, Danny Trejo, Method Man, Lin Shaye, Billy Dee Williams, Ernie Hudson, and Aries Spears, among others. A person could keep themselves entertained just keeping an eye out for familiar faces. 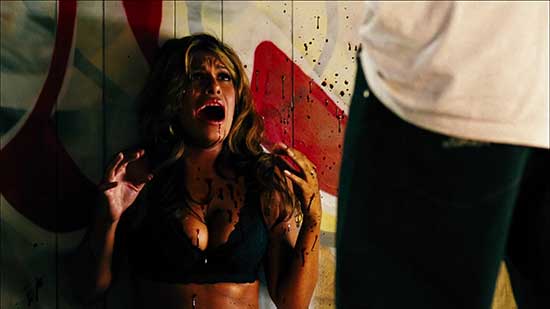 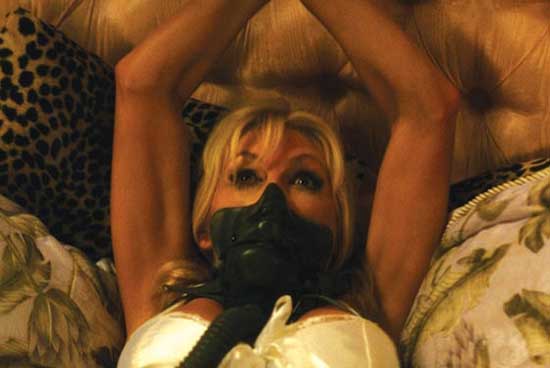 “Hood of Horror” is not a film to show to your Ivy League friends who prattle on endlessly about the most darling foreign director who just made a 12-hour silent film of a Dumpster fire. Round up your friends who like to get weird, loud, and chemically altered, then put this film in. If they aren’t too busy partying, they should get a giggle or two when they realize the TV is on.