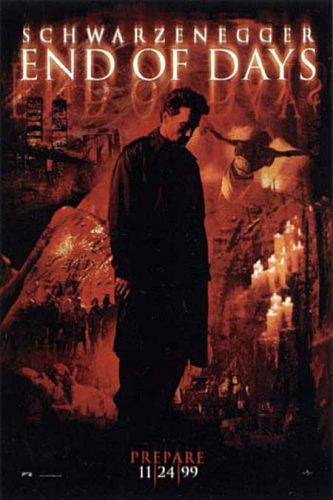 At the end of the century, Satan visits New York in search of a bride. It’s up to an ex-cop who now runs an elite security outfit to stop him.

After all the action films that Arnold Schwarzenegger has been in, its rather interesting to see him attempt his skills in a horror based film. And, as most folks will attest, his acting skills arent what you would call Oscar caliber. But, also with his films, one does not expect superb acting, they expect explosions and killings and chases. With End of Days (1999), a film directed by (Peter Hyams), this remains consistent and it is the drama aspect of the star that seems a little odd and slightly hard to swallow.

As the millennium draws near and New York City is planning the biggest turn of the century party ever. But, what they are not aware of is that with this party will come a most unwelcome guest, the Devil (Gabriel Byrne). After inhabiting a mans body, the Lord of Darkness begins his prowl for a bride (Robin Tunny), intent upon bearing a child within the very last hour of the century. For if he does, he will succeed with his quest and the world will come to a complete end. 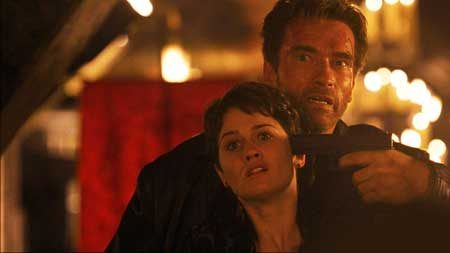 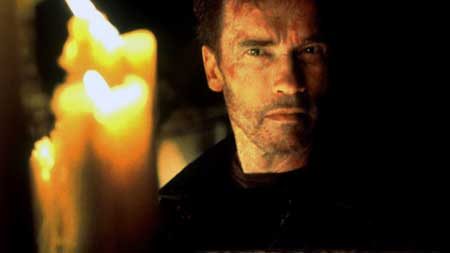 Jericho Cane (Arnold Schwarzenegger), a former cop turned mercenary is also a depressed burnt out shell that has lost touch with faith, no longer believing in a higher power since the murder of his wife and daughter.

His latest assignment is to protect an extremely wealthy investment banker. During the job, he gets shot by an appealing to have gone off the deep end priest who happens to think that the banker is also the Devil, and is correct in his assumptions. However, no one else believes his theory, but nonetheless, Jericho investigates and is led to Christine and saves her from the Catholic assassins bent on destroying Satans plan. 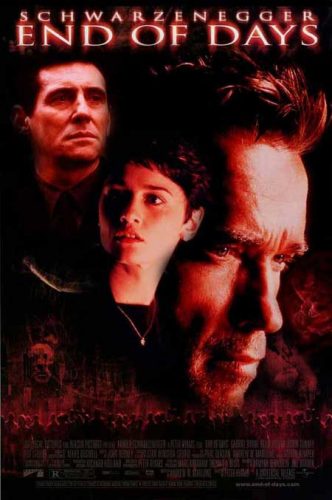 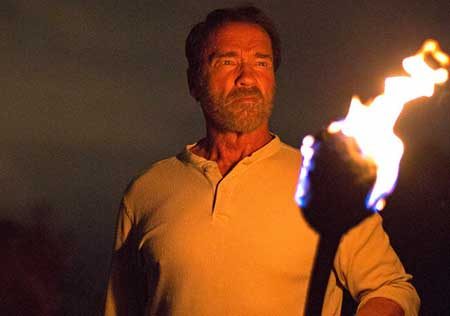 The two wind up in a church where a Father Kovak (Rod Steiger in a superb performance) is privy to the current events. Christine decides to stay, hoping to be protected by the faithful. However, atheist Jericho, unbelieving the tale, scoffs and storms off.

With Christine well hidden, Satan has no option but to approach Jericho as to her whereabouts. Jericho does not comply, even when the devil offers to bring his deceased wife and daughter back. Skeptical Jericho, in one of the best lines in the movie, tells Satan to Go to hell and tosses him out the window.

But, this isnt the end of the king demon and he reaches into his bag of tricks in order to mislead Jericho and point him in Christines direction.

Christine is abducted and all the protectors, as well as Jericho, are beaten and left for dead. However, Jericho hasnt been killed and awakes with a completely new disposition and proceeds to plan for the fight of his life, loading up with an extreme amount of weapons.

As Satans ceremony is underway, Jericho crashes in, rescues Christine, dispels an unnatural amount of rounds into the furious Dark Lord and the two flee to a nearby church.

With Satans human body decimated, he proceeds to possess Jericho in order to consummate with an unwilling Christine. But, it turns out that Jericho still harbors a bit of faith and fights back by destroying himself.

The century turns uneventful, Satans plan is thwarted, and he is cast back into hell. Jerichos soul has been redeemed, as the ghostly apparitions of his wife and daughter appear to proudly thank him. 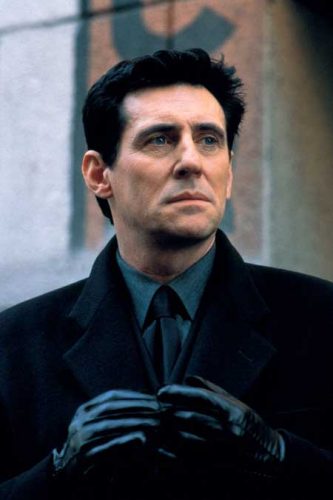 Writer Andrew W. Marlowe has written a rather intriguing demonic action tale that is both enticing and exciting. However, in this reviewers humble opinion, there were much better lead actors that could have been chosen, and if they had, End of Days would have been a much better film. Regardless, the film is both entertaining and frightening, with both action and thought provoking horror and should appeal to both genre fans.