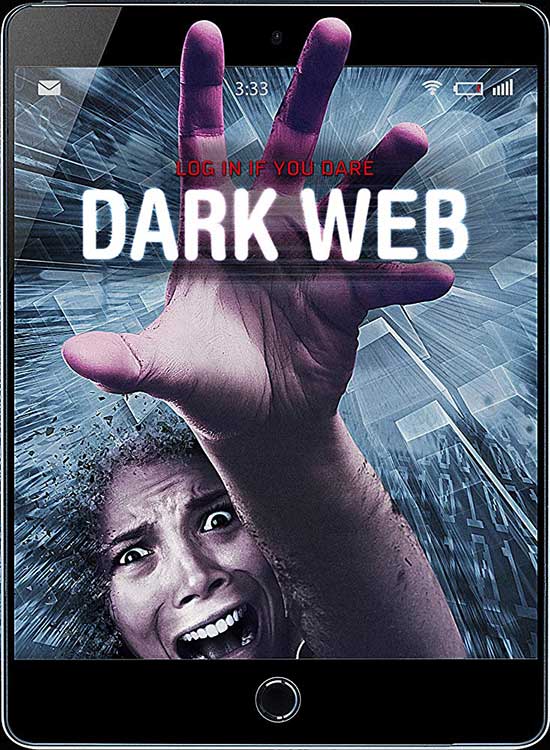 An anthology compiled from short horror films involving the internet.

Opening your film with a clip of a beauty vlogger smashing her head into her computer over and over until her head cracks open is a definite attention-getter. Seeing such fare can warm and tickle the hearts of YouTube fans who have ever had their “Recommended” list mysteriously overrun with these things.

“Dark Web” starts strong with this sudden and violent clip, even if it never gets mentioned again. Actually, get used to that because you just don’t get complete stories with every segment, or you do but you may find yourself scratching your head about what the point might be. 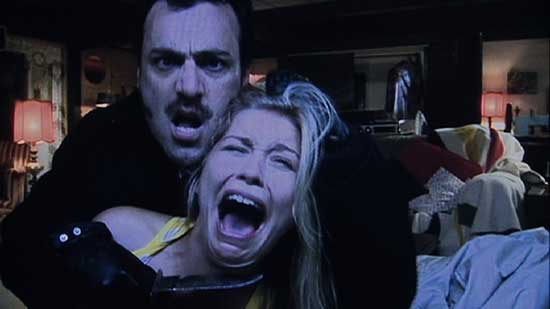 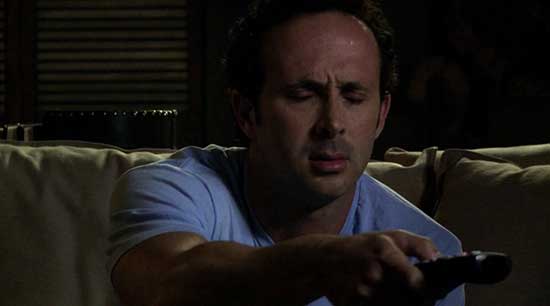 If you haven’t figured it out, “Dark Web” is an anthology film that proports to focus on horror in connection with the Internet. Well, yes and no and then in a rather vague way but not really. Not a bad idea. I mean, “V/H/S” and a few others have danced in the same mosh pit, then you have the “Dark Mirror” series that deals with modern technology in general. Still, a straight-up horror anthology series using the Internet has potential.

“Dark Web” uses Laurence R. Harvey as a creepy rotund old guy (milk it as long as you can, good sir!) chatting with an unseen person, or group of persons, known as Pink Bunny through a Skype-like app. The unseen entity can see the inside of the old guy’s home through a web cam. Apparently, they are waiting for a special guest to arrive for everyone’s viewing pleasure.

In the meantime, Pink Bunny shares a neat video: Blood. It tells the story of a killer who is apparently OCD. When he breaks his routine due to an obsession with his victim’s locket, the carefully-planned murder starts unravelling along with the killer’s mind. Very minimalist style that works very well. I’ll be honest and say that I thought (and kinda hoped) this would turn into a modern variation of Ray Bradbury’s story “Fruit at the Bottom of the Bowl”. If you don’t get the reference, go read the story. Trust me, it’s worth the time. Sadly, the short film spins into a different area that, due to being unable to clearly see what was in the locket, just left me lost. No idea how it connects to the Internet unless the episode of “The Lucy Show” on the TV was being streamed; that’s one hell of a stretch. 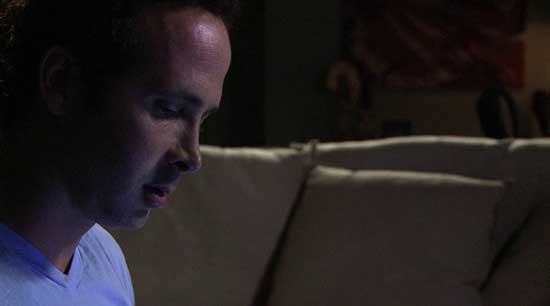 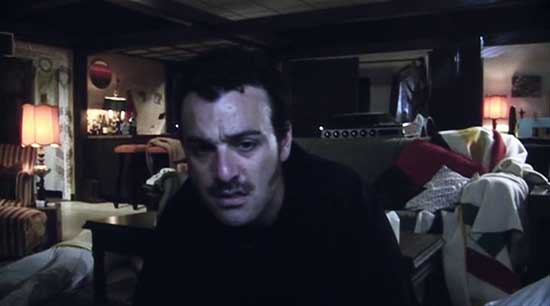 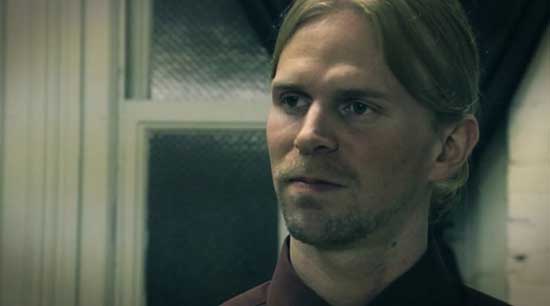 After more banter with Pink Bunny, we get: Remote. This story is definitely the best thing in this whole anthology. It is a mix of home invasion and time travel. The only drawbacks are the low budget and a couple of shaky performances. This short is apparently available for viewing by itself on the web, so you can by-pass the anthology and just enjoy 20 minutes of solid storytelling. Yes, the Internet does play into the story.

More justification for Laurence’s paycheck leads us to: Hunted. Other that taking away the victims’ smartphones, this tired retread of “The Most Dangerous Game” really has nothing to do with the Internet other than the business is, maybe, online. Anyway, don’t get your hopes up for this one. It just takes up space and then just ends abruptly.

When the guest, a call girl, shows up, Pink Bunny shows her: Snare. We watch a young woman on the phone with her brother as she is kidnapped by a person in a mask. She finds herself locked in a filthy room with only a plastic bucket for a toilet. She is being watched 24 hours a day. She fights back against her captors, but, in the end, nothing seems to help, until she learns the truth. This short film has a decent comment to make about society and its twisted appetites. It still ends a bit abruptly, but I think the look on the young woman’s face says more than any additional scene could. 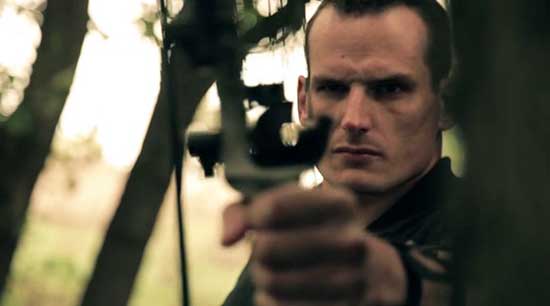 The wraparound story concludes on a rather lame note, and then we get: Bett3r. This is a short-short about a Tinder-esque app and a young woman using it late one night. If you want a story, move along. This is more of a “wow, ain’t that kinda spooky!” thing, which fits if you poke around YouTube for weird or dark videos. You get weirdness that intentionally leaves everything unresolved. Worked for me, but it won’t fly for those who want full stories.

I think that is the biggest issue with “Dark Web”; it doesn’t stick closely enough to the basic theme of the Internet. Maybe, if they intend to do a follow-up, they can get all-new segments that really play to the freaky side of the Internet. As it is, the film feels more like a bunch of filmmakers offered already finished shorts and then a connecting story was created to showcase the films. The finished product feels poorly assembled as a result.

Hopefully there will be a second “Dark Web”. While I can’t fully recommend the first, I think there is great potential for a franchise here, but I doubt horror fans will be gracious if a second film falters as badly.