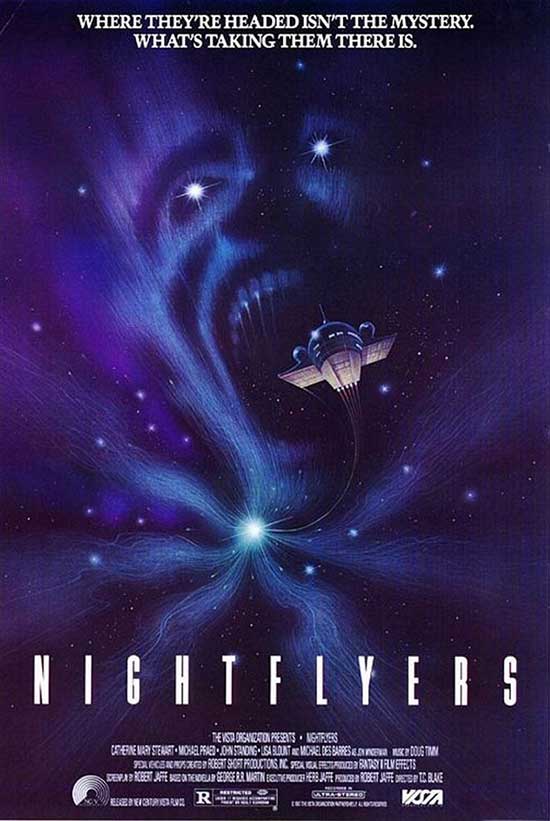 Professor hires a spaceship to get to the source of weird signals from deep space. The trip is cut short however when the ship’s computer gets jealous because the captain is in love with one of the female passengers and it gets homicidal.

Some of you out there may have noticed that Syfy Channel (and outside the U.S., Netflix) has been releasing trailers for the series, Nightflyers. They’re not too shy about letting you know that it’s based off a novella by George R.R. Martin, and I’m sure they’re hoping to catch the attention of all those Game of Thrones fans out there. However, this isn’t the only time that someone did an adaptation of it. In 1987 Robert Collector (under the pseudonym T.C. Blake) directed a Nightflyers movie.

In the latter half of the 20th Century, a group of scientists, technicians, and telepaths book passage aboard a cargo vessel called The Nightflyer to the edge of the solar system. They hope to make contact with an ancient alien race called the Volcryn, and The Nighflyer is the only vessel they could afford to get them there. The ship itself never transported people before, and is unusually bereft of a crew. The ship is almost completely automated with only the only human onboard being the mysterious captain, Royd. Royd only contacts them through holographic projections, which makes many of the passengers wonder if he’s even real. As Royd develops romantic feelings for a member of the expedition, they start getting murdered one by one. 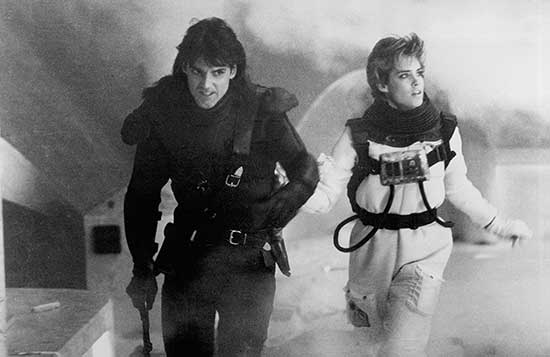 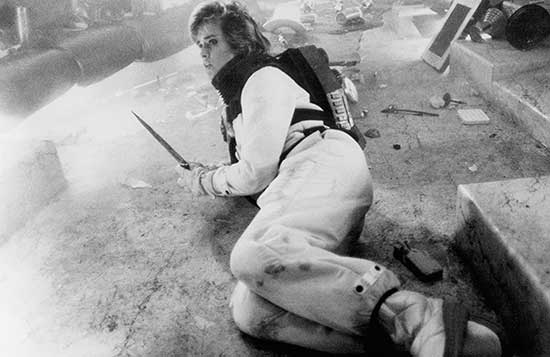 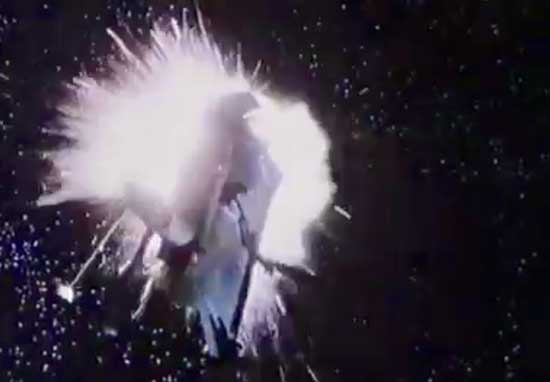 Not having read the source material, I can’t personally attest to how closely the movie adheres to the novella. From what I’ve been told, it really doesn’t follow the actually story that closely. Characters names are changed as well as some of their personalities, key events are different, and even some of the details of the killer are different. To put it bluntly, if you’re a fan of the George R.R. Martin’s story, you’re not going to like a lot of what happens here. If you’re a stickler for how faithful an adaptation is, this movie will drive you up the freaking wall.

Not that there’s a whole lot about the film to really write home about. This ended up being yet another sci-fi horror hybrid that was trying to capitalize on the popularity of Alien: a group of people trapped on a spaceship being slaughtered by a force they don’t fully understand. While it’s not an alien lifeform that’s doing all the murdering, it still feels a derivative. It doesn’t do enough to stand out from the crowd of other similar films. Most of the characters are so underdeveloped that I ended up forgetting what their names were, mainly because I didn’t really care enough about some of them. What doesn’t help matters is that the horror is not all that effective. The violence and gore is toned down, (considerably so in comparison to the novella from what I understand), so while some of the deaths are interesting they lack any real punch. The lack of genuine horror goes hand in hand with the lack of any sense of tension. What you get is a mainly tepid affair with a moment or two where you might say to yourself, “Yeah, that was okay.” 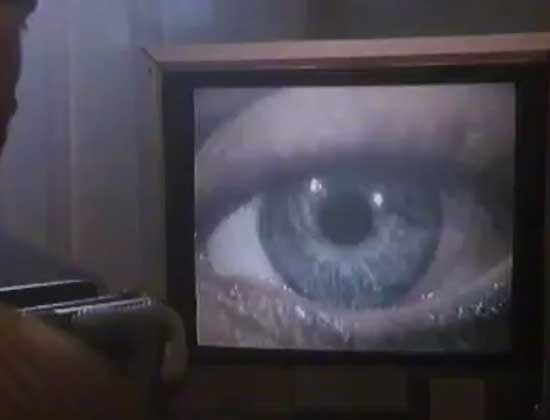 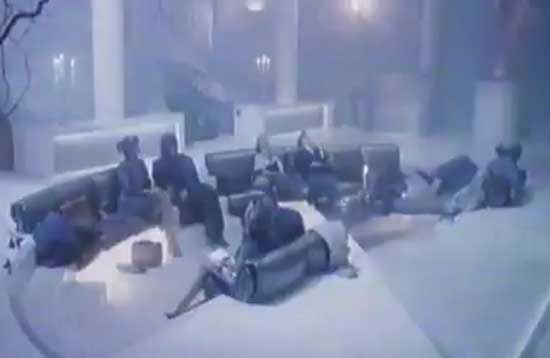 I also took issue with some of the costuming and set designs. The clothing was too 1980s to really fit the futuristic setting, and the same could be said about the hair styles. That, however, wasn’t my biggest gripe. The ship itself seemed oddly designed as well. Someone pointed out to me that it appeared that some of the walls and columns in one of the rooms, was made out of stone. Granted, I’m not an expert at engineering, but nothing about that made sense. If they at least explained it away saying something like “The previous ship captain was an eccentric who purposefully designed this area to look like it was made out of natural materials” would have at least provided a good reason to why the sets don’t look mostly metallic.. Instead, what we get looks like someone trying to make a room at someone’s house look like part of a spaceship.

The biggest problem I had is how the main villain is treated. As the culprit is revealed and the motivations for their actions is explained, it’s genuinely intriguing. Until then the ending happens. At the film’s climax there a swerve added that’s not only preposterous, but makes the antagonist less interesting. We’re then bombarded with the final fight between heroes and villain that feels too contrived and illogical to take seriously. 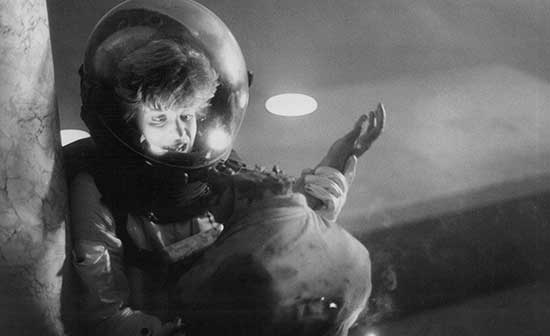 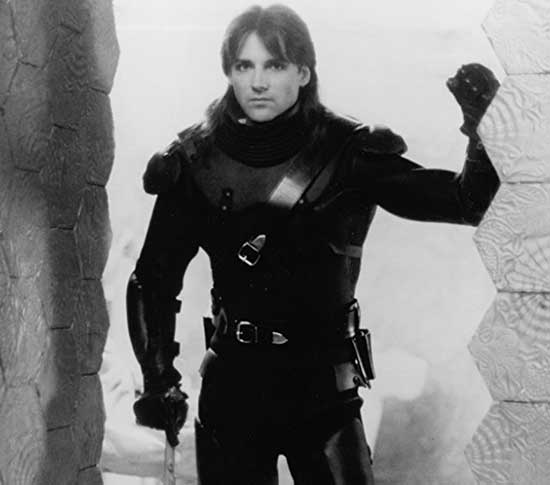 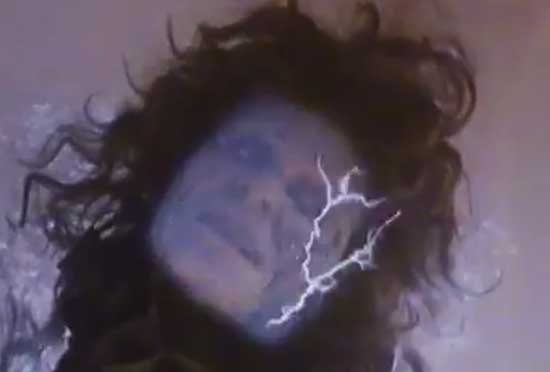 If there’s something positive to be said, it’s that the cast itself is made up of a surprisingly solid cast of actors. You may not recognize them by name, but you’ll probably know most by face. Yes, you’ll see “that guy/gal” actors like Uncle Phil from Fresh Prince of Bel Air, or that one gal that was the main love interest for Jameson Parker’s character in Prince of Darkness. You know the type. However, Catherine Mary Stewart was one of the more recognizable actors and also one of the weaker points of the movie. She’s trying to play a slightly tougher more adult role than we’re used to seeing her do, but something never quite clicks enough to make her believable. Worse yet was actor Michael Praed. To call him an awful actor would mean I would have to call him an “actor”. I don’t think he deserves that. He seemed to lack the ability to emote properly or deliver a line with any real conviction. Praed just came across as someone reciting his lines instead of really delivering them. As the main love interest of Catherine Mary Stewart’s character, he lacked the ability to emote or the chemistry with her necessary for that angle to work. Whatever enjoyment could be had watching Nightflyers is diminished whenever he’s on screen. 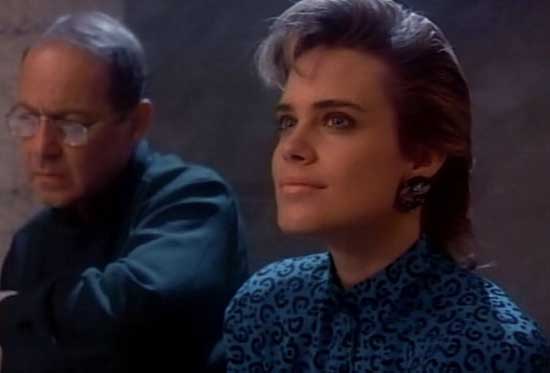 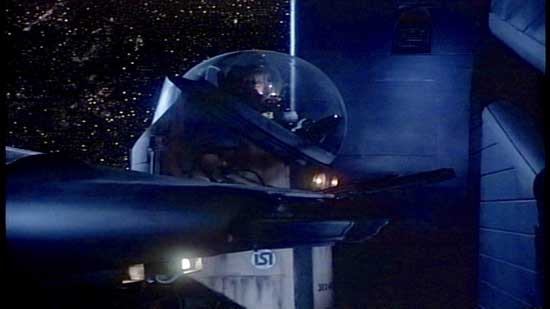 What makes this movie frustrating is the lost potential. It could have been a pretty cool little horror flick, and the elements for something kind of cool was there. Instead, there’s so many things that are done wrong that Nightflyers fails capitalize on an interesting concept, setting, and villain. Hopefully, the SyFy series will get it right, but this celluloid turkey certainly didn’t.