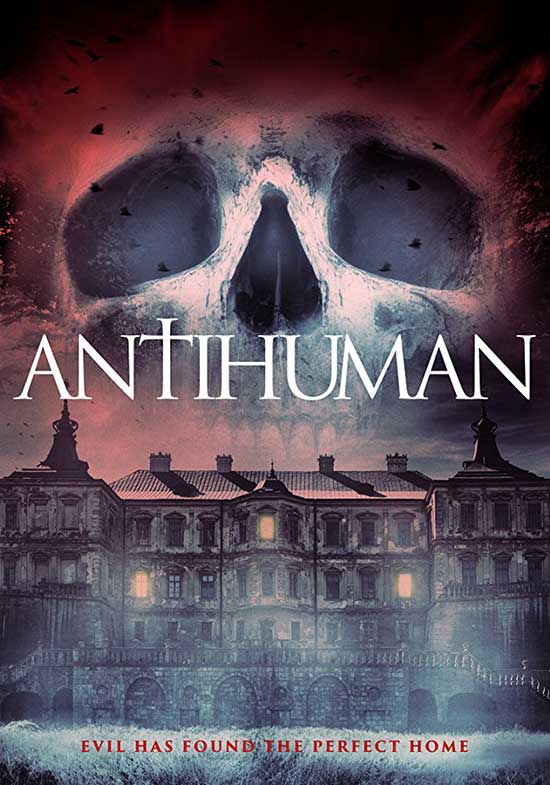 A young woman returns to the secluded, abandoned psychological research facility where her deceased mother once worked. Accompanied by three friends, she discovers that the ghosts of the past have found their way to the present when the hospital’s legacy of experimentation and madness tears away all known bounds of time, memory and space. (Wild Eye Releasing)

Antihuman is an attempt by directors Luke Gietzen and Mark Robins to recreate the psycho-drama horror films of the 1970’s. Unfortunately for everyone involved, including this viewer, the result is a nearly unwatchable send-up to Terrence Malick’s truly unwatchable 2011 entry The Tree of Life. With a cast that speaks in unintelligible and never-ending stage whispers, hours of bland forest footage, and occasional graphical effects that border on infomercial quality, Antihuman proves a strong argument against indie cinema. 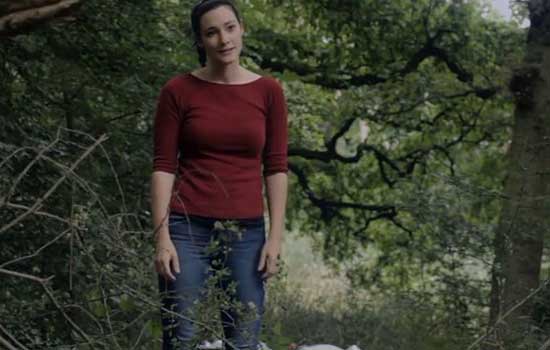 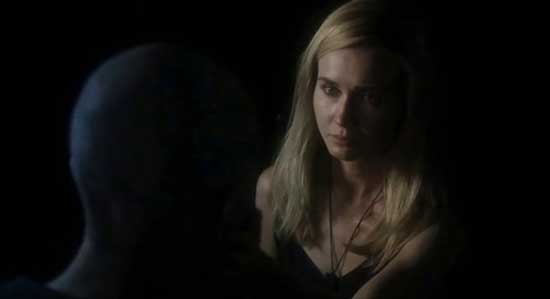 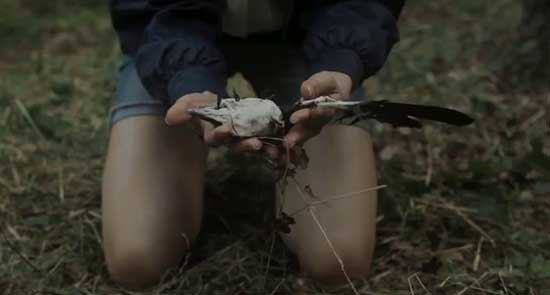 Originally entitled the much more arthouse Post Human: An Event, the film actually has some neat visuals hidden between the terrible ones, and every once in a while sparks a reminiscing of Kubrick’s 2001: A Space Odyssey. Unfortunately, all the good stuff is played out in once scene that occurs a quarter of the into the near two-hour film, and almost everything before and after is absolutely dreadful to watch. 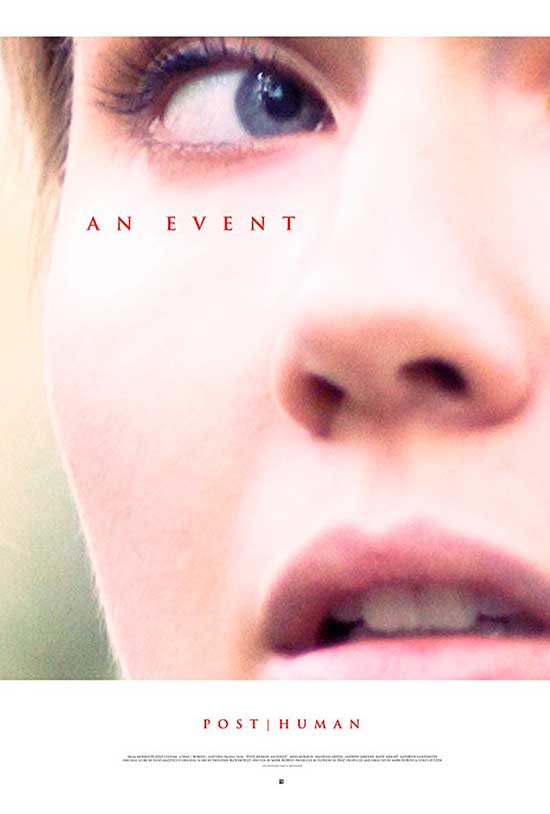 Characters with heavy European accents, headed by the deadpan Anya Korzun (Mountain Fever 2017), trudge through over-exposed green underbrush and whisper nonsensical sentences at each other. The script, penned by director Mark Robins (who first joined with Gietzen on the 2011 Maps and Stars and Music), reads like rejected Beck lyrics. My favorite ridiculous line is about an hour in, when Korzun’s character ends a rant with the stand-alone statement “The universe is blue.” At least I think that’s what she said, the words being so difficult to understand. Trite statements like that weird sentence are indicative of the whole faux-intellectual house of cards that Antihuman tries fruitlessly to build. 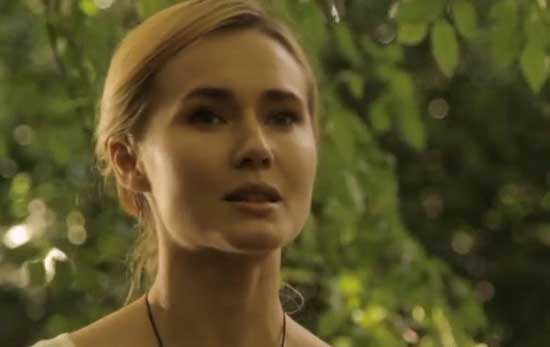 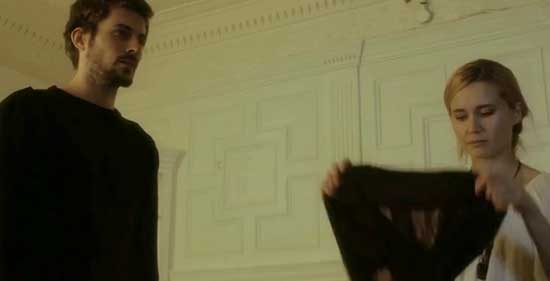 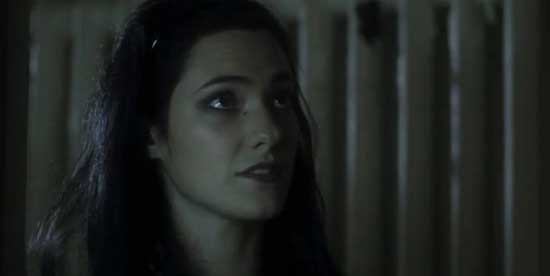 At it’s most concrete, Antihuman follows Korzun’s character Maggie and three friends as they visit the now derelict asylum that Maggie was raised in. Maggie, it seems, is dying of a disease that also claimed her mother, and seeks some sort of mental solace from the asylum that reads more as an art college on the weekend (there are literally freshman-style art projects littering closets, drawers, and empty rooms). Like Korzun, the rest of the cast has no chance here; the dialogue is vacant of purpose and filled with randomness and purple prose, and there’s zero opportunities for any believable emotion. Danielle Arden (I’m Not a Martyr 2015), Katie Keight (Red Velvet 2013), and Kathryn Goldsmith (feature debut) play Maggie’s tag-along friends, and are indistinguishable by name without revisiting the film, as no one’s voice can be recognized while everyone is forced to awkwardly whisper. There are literal minutes where you don’t know which offscreen character is speaking, and painful flashbacks to The Tree of Life’s “Mother, father!” whispers dubbed over shots of moving clouds. Feature film newcomer Andrew Jardine plays the demonic figure abstractly haunting the asylum, and is present in most of the more interesting shots hidden throughout the movie. 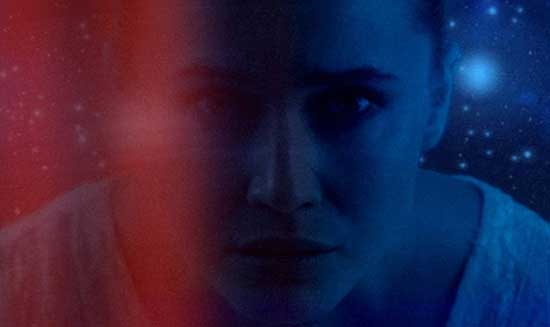 The visual integrity of Antihuman is generally strong, though the framing of shots sometimes reads as amateurish as the script. One hates to be cruel, but the film is so difficult to muddle through that it makes highlighting the positives a chore. The soundtrack, which is mostly ambient creep-effects, is too loud, and regularly drowns out the cast’s weak utterances. 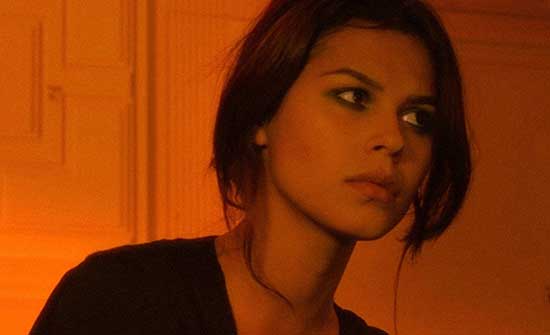 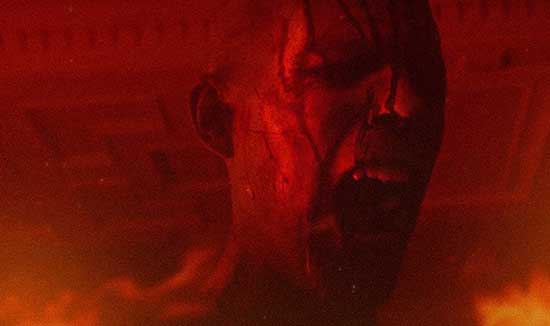 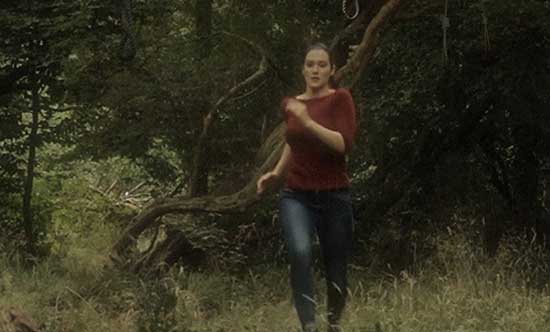 Ultimately, director and writer team Gietzen and Robins really need to rein in their Avant Garde desires to better highlight the successes they are truly capable of. The insistence of Antihuman to be willfully obtuse hampers not only the viewer from kindling enough interest to finish the film, but also hampers its cast from injecting any good performances into the picture. Film, as generations of cast and crew continually learn, is a collaborative art form; movies like this one brutally force all involved to taper their own talents to the whim of one or two individual’s inherently narrow vision. When that happens, no one’s happy with the result.