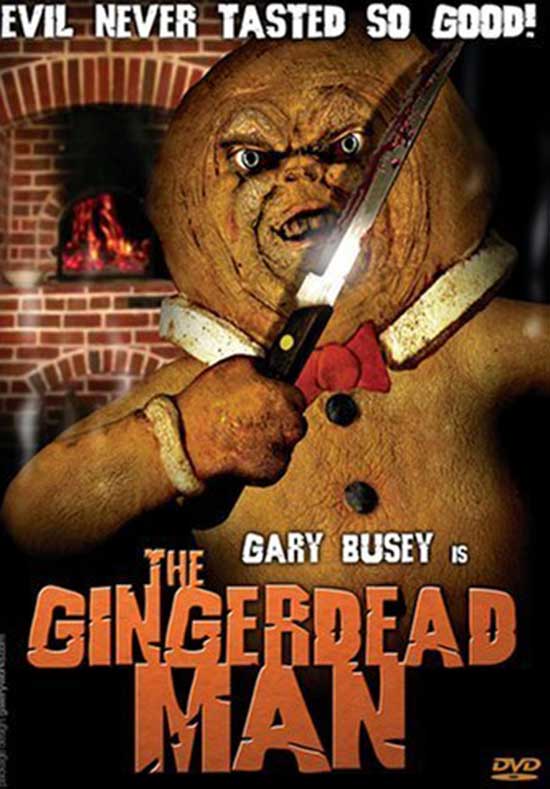 An evil yet adorable Gingerbread man comes to life with the soul of a convicted killer – this real life cookie monster wreaks havoc on the girl who sent the killer to the electric chair. (IMDB)

The Gingerdead Man is a goofy monster flick from 2005 about a serial killer who seeks vengeance from beyond the grave in the form of one hideous gingerbread cookie. Director and Full Moon Features creator Charles Band (Trancers 1984) serves up a script by William Butler (Return of the Living Dead: Necropolis and Rave to the Grave) and Domonic Muir (Critters 1986, Evil Bong) in a way that will please lovers of late 80’s video rentals and 90’s era creature features alike. Gary Busey (The Magnificent Seven Ride!, Lethal Weapon 1987) provides the voice of the killer pastry, and Robin Sydney (Night of the Living Dead 3D: Re-Animation, Evil Bong series) leads a cast of competent character actors through the realm of fun schlock cinema. While not as good as camp classics of similar tone such as Night of the Creeps (1987) and Child’s Play 1988, The Gingerdead Man melds believable character portrayals and decent dialogue into a film both watchable and enjoyable for lovers of light direct-to-video terror fare.

Band, as always, provides technically proficient at the helm, and keeps the video-store shelf-stocking style of movie alive in a way that none other does. His shots are simple and solid, and he pulls reactions from his cast that, if occasionally lacking in nuance, are never confused or dull. Sydney plays the put-upon young woman Sarah well, shouldering the burden of an alcoholic mother (the always excellent Margaret Blye, The Entity 1982 and The Italian Job 1969) and a failing bakery with visible strain. Daniela Melgoza (Richard III 2007, Ghostown 2009) and Jonathan Chase (Gamer 2009, Another Gay Movie) play Sydney’s Latinx waitress Julia and pro-wrestler wannabe baker Brick, respectively, and successfully bolster the personality of the film. Mean girl Lorna (played by Alexia Aleman (Close Call 2004) and her rich father Jimmy (Larry Cedar of C.H.U.D. II: Bud the Chud and Pinocchio’s Revenge 1996) enter the scene to try and muscle Sarah out of her business, only to run afoul of cookie-man Busey in the process. Luckily, Lorna’s one-time boy toy Amos (played by Ryan Locke, American Gun 2002) is on hand to lend—well, a hand. 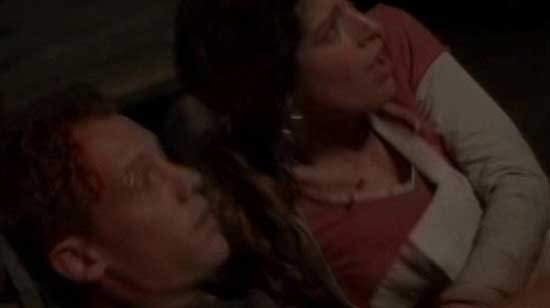 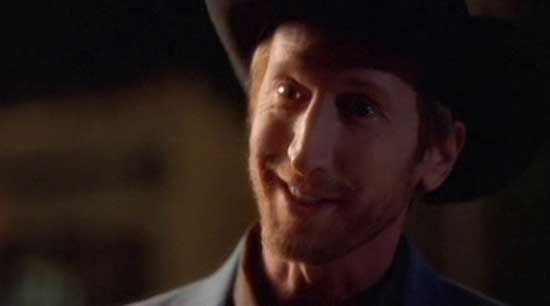 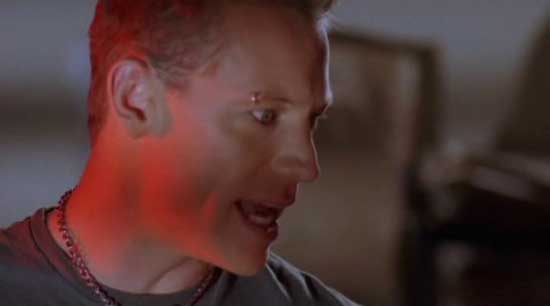 The pacing, dialogue, and Full Moon music staples are all used to good effect here, proving much more entertaining that Band’s 2006 effort Petrified, which is hampered by listless topless scenes and an unimpressive creature. It’s no wonder that, to date, The Gingerdead Man has spawned three additional films: Gingerdead Man 2: Passion of the Crust (2008), Gingerdead Man 3: Saturday Night Cleaver (2011), and the franchise crossover film Gingerdead Man vs. Evil Bong (2013). The plot is as light as you’d imagine, though there are unfollowed threads of intrigue relating to the killer’s overbearing mother, who presumably causes the madman’s resurrection in the first place. The special effects are fine, though not over the top in the gore department, and just enough effort is put into the cookie monster’s ugly features and occasional close ups to keep one from making too many eye rolls. Fans of recent Puppet Master films, let alone lower brow and lower budget films such as ThanksKilling (2009), will feel right at home. 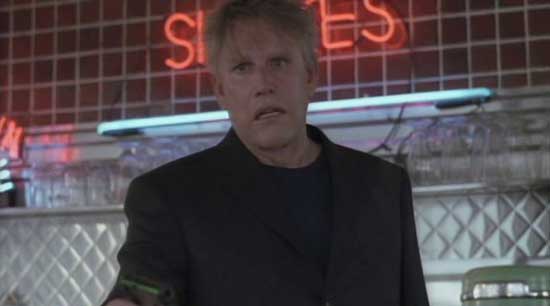 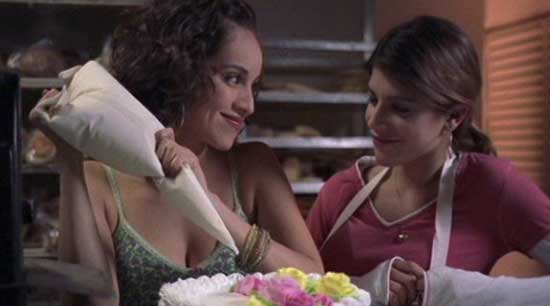 The area where The Gingerdead Man could’ve used more effort is, unfortunately, the same that could’ve easily raised it from entertaining to required cult watching: Busey’s killer-cookie witticisms. While watching, one is reminded of Jack Frost (1997) and that killer snowman’s idiotic one-liner snow-puns, and it’s sad to see Busey’s dialogue is almost completely bereft of any bakery-inspired banter. While GM is without doubt a better film than Jack Frost, it could’ve used some of the latter’s pun play. 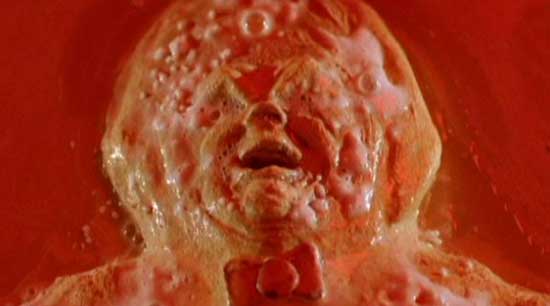 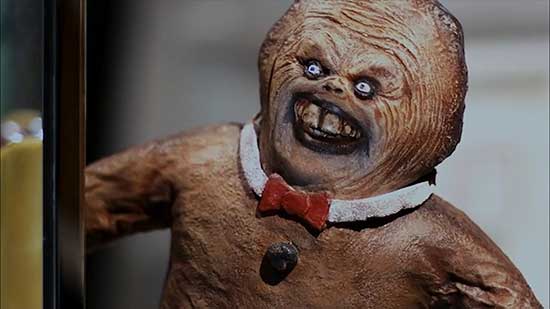 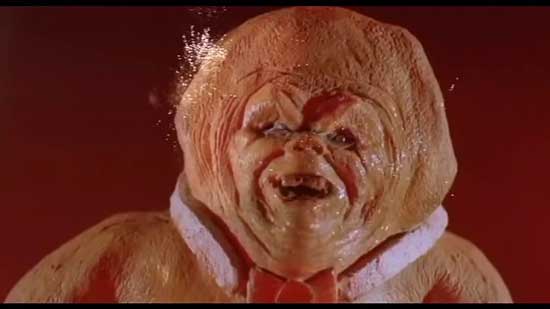 Regardless, those looking for an intentionally corny creature feature will be surprised at how watchable Band’s first foray into the world of The Gingerdead Man proves. With decent acting, a script that doesn’t bog down the plot, and the promise of a buck-toothed Gary Busey-voiced cookie puppet, viewers could do a lot worse than giving this film a watch.