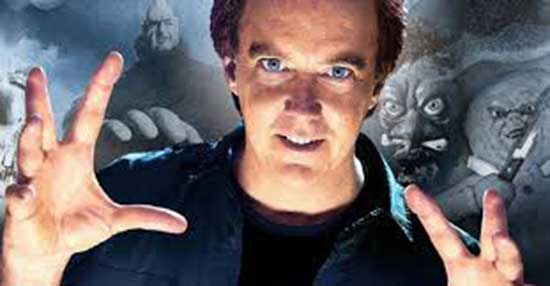 “In 1977, when no one in the industry shared his vision that home video was “the shape of things to come,” Band founded MEDA Home Entertainment, a company that became one of the original independent video distribution operations in America. His foresight and unwavering commitment to this marketplace helped pave the way for the colossal home video boom to come. Previous to Full Moon, Charles and his father Albert Band headed Empire Pictures, which produced Ghoulies, Re-Animator, The Dungeonmaster, Dolls, Troll, Robot Jox, and many more.

In 1989 Charles Band pioneered the direct-to-video feature with the formation of Full Moon Entertainment and the creation of the Puppet Master series, which is the most successful independent direct-to-video horror film series of all time. New films continue to be produced today.”

If you think Halloween is cancelled… The legendary Charles Band (Puppet Master, Subspecies, Demonic Toys, Trancers, Evil Bong, and Gingerdead Man) has a plan. He is a writer, producer, director and publisher. He created several new shows including: Barbie and Kendra Save the Tiger King, William Shatner’s Halloween Frightnight, and Corona Zombies. Charles added several movies to his streaming site including the HD, uncut version of The Tourist Trap. He wants everyone to have a good Halloween.

The Coronavirus has shut almost everything down. Charles Band is bringing his vision to the fans. Go to www.fullmoonfeatures.com/ and check out everything the King of Halloween has to offer. Charles Band took some time to talk with Horrornews.net and also sent an amazing special care package. He is brilliant, funny and his creativity is unparalleled. I remember growing up watching these movies and browsing the video stores with my friends and renting these movies. Now, you can subscribe and watch the movies anytime on his app. Streaming is the new renting, the new “video store.”  You can buy the DVD’s and Blu-Ray’s on his site along with some of the greatest merchandise. Check out this exclusive interview for Horrornews.net with Charles Band.

HNN- It’s going. (Laughter) How are you doing?

HNN-I have always loved Full Moon and I grew up with so many of these movies. I’m so glad you are here to save Halloween. What are the plans? What are you working on and what are you expecting to happen?

C.B.- We had five movies we were supposed to be shooting between April and July. Those didn’t happen. I am happy we are now in this world where people are seeing these movies on our streaming site. 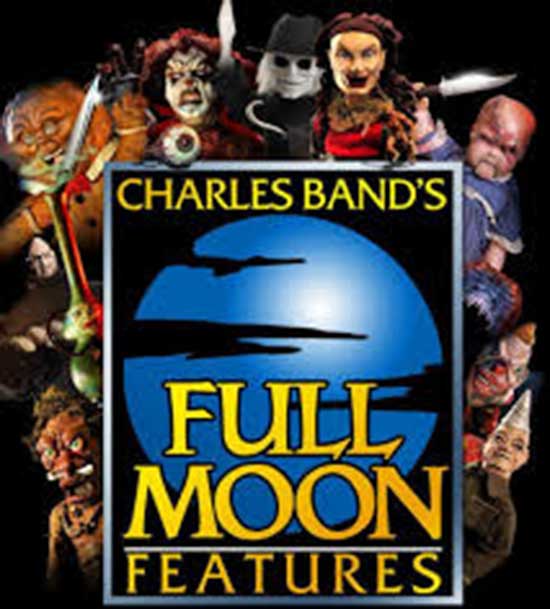 HNN-I received the email and I thought, Oh, thank goodness, Charlie Band is going to save Halloween.

HNN-I think these movies are the embodiment of horror, Halloween, and fun. I LOVE Subspecies, I love Anders Hove and Denice Duff and Ted Nicolaou. I finally got to meet them and they listened to me ramble on and they are just wonderful. But you created all of this. You gave us this incredible movement with these movies.

C.B.- Yes, so do we. One of those five movies I mentioned, we were shooting the fifth and definitely the most ambitious Subspecies in Croatia was scheduled for April. We already were prepping, money spent on effects. Ted Nicolaou, the writer/director was already over there location scouting and all that had to be shut door. Knock on wood, everyone is in good shape and healthy and we get to make the movie.

HNN-I agree. That would be amazing.

C.B.-How did you meet them?

HNN- Ted, Denice and Anders were working with Dominic Mancini who is awesome. I got to meet them at Chiller. I was so excited. They listened to me ramble on and on and I almost fell on the floor. I love Anders as Radu. Anders listened to me; God bless him. (LAUGHTER) Subspecies is what you imagine a vampire would be. He is incredible.

C.B.- That’s great. Yeah, I agree. I’m a fan of all these movies. We hit a chord with Anders playing Radu. You mentioned Dominic Mancini, he’s a friend from day one. He pulled that together. We’ll be making that one soon enough.

C.B.-Luckily the streaming sites have done really well. There are actually two of them. The whole mission is to try and reconnect with fans who grew up looking at these movies at their local video store and let them know that we have all the movies that their familiar with but, other ones we’ve licensed, and many more we have made. Movies that you probably didn’t know existed because the video stores slowly started dying and then one day, once Blockbuster and the Hollywood Video store closed, it was over. 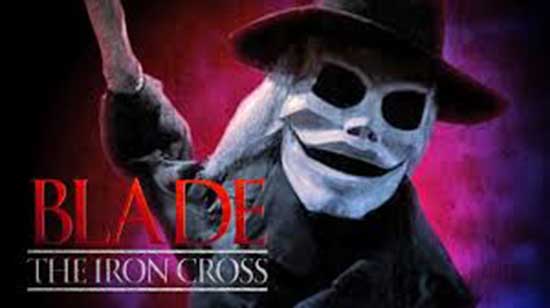 It was a tricky period between the death of the video store and the birth of streaming. There was a good gap in there which was tricky. We get new subscribers and that’s exciting. In a weird way, it is the video store of this era for us. In addition to all the Full Moon movies, the hundreds that I made over the years, we also licensed really similar cool films that fans would have found at the video store. We are growing and we have a number of movies that we just put up.

We just put up in HD, the uncut, The Tourist Trap which we made a million years ago. We have several more shows going up. We also built up our webstore, which is FullMoonDirect.com – We have all sorts of craziness and surprises. With the lack of conventions this year and all the things that fans are usually able to do, we figured that we better put a lot of resources into building more action figures, images and unique items that you can only find at FullMoonDirect.com. We timed the releases for the month of October and especially with Halloween. This year we had twenty-two conventions we were going to. This is one of the biggest sales we’ve ever done. One of the things that’s pretty cool about what we’ve done during the pandemic is because we can’t go out and shoot a normal movie. We did a show, which I released at the very beginning of the pandemic called, Corona Zombies. We got some really great reviews and then some other people thought we were horrible. But it’s something that when people watch it, they go, oh my god it’s very clever. It gave birth to two sequels. 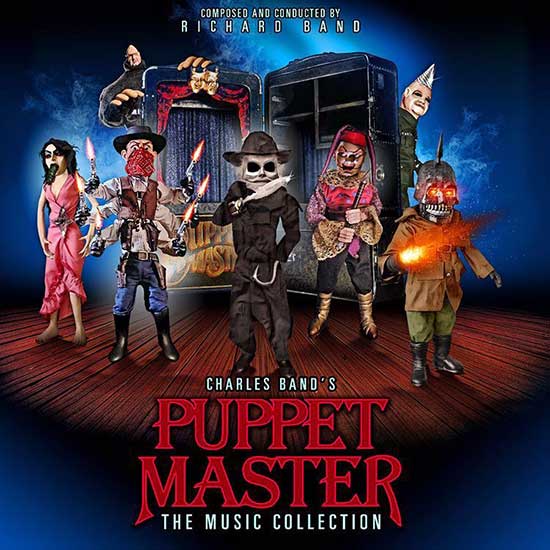 The second one and third one is coming out in a few weeks. It’s about these two ditzy girls. They are sort of oblivious to what’s going on with the pandemic. They’re bored and they can’t leave the house, they wind up discovering in the first case, a low rent horror channel. It sounds weird but, it’s so much fun. The second one we made was, Barbie and Kendra Save the Tiger King. That was right around the time when The Tiger King was blowing up on Netflix. I wanted to get Exotic Joe but he was in the slammer. To respect sort of the idea within a movie. We gathered quite an audience and then we shot the third one, Barbie and Kendra Storm Area 51. It’s all about aliens and conspiracy theories and flat-earthers. We found a way within the last six months to make these three strange adventures.

HNN- That’s crazy. I need to watch Corona Zombies and Barbie and Kendra. Please tell everyone where they can watch them too.

HNN-I love Full Moon Features because you can go through and watch all the movies and I agree it is like the video store of today. I grew up watching these movies and it’s great that you can still watch all these fun films and all the new stuff. It’s a positive outlet.

C.B.- Well, thanks. You know, by design, I’ve never made a slasher movie. I’m not entertained by that. All my movies, even before Full Moon they had a sense of humor. We didn’t have people running around in a ski mask cutting up people. They’ve been successful all over the world. We want to make Halloween. I did a series called William Shatner’s Halloween Frightnight. (www.fullmoonfeatures.com/william-shatner-s-halloween-frightnight-1) We have so many shows they we’re releasing over the next two weeks. Then we have our own features. On FullMoonDirect.com we just organized all the craziest merch ever. You’ve got a big box of craziness coming. (HE WAS NOT JOKING. A Huge box arrived and I cried, I was so happy and excited. THANK YOU) You’ll get a sense of what we are doing. 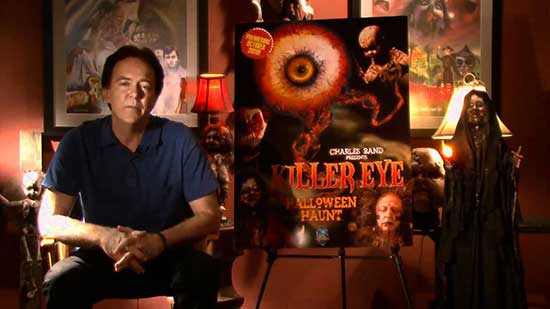 HNN-I’m so excited. Thank you so much. Are you going to doing something with the fans or interacting in any way?

C.B.- Not on Halloween but I will be doing that. Halloween is crazy enough. We are trying to make this as fun as possible for people who can’t leave the house.

HNN-What do you want to say to the fans? Full Moon has been a staple in my life and so many others.

C.B.- I would say that the fans of these movies, they need to support these very few streaming sites that are trying to get an audience. I’m excited.

HNN-Thank you so much Charles. It was such an honor as always to talk to you. Thank you for making all these amazing movies and thank you for saving Halloween. Happy Halloween.