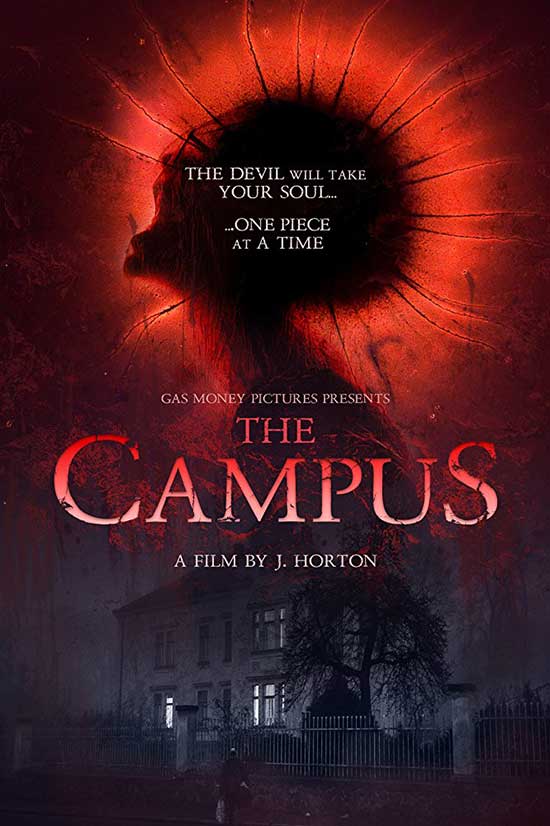 Robert Wainwright dies after breaking his deal with the Devil, passing that debt onto his estranged daughter Morgan. She soon finds herself in a never-ending cycle of terror as she is brutally murdered then resurrected over and over again, each time losing a piece of her soul. Now she must discover why this is happening and break the deadly cycle in order to escape.

Fans of 2017’s Happy Death Day may find The Campus, directed and written by J. Horton, to be familiar fare. Both feature attractive blondes being stalked and killed, only to wake up and have to repeat the whole thing until they can break the loop. Whereas Happy Death Day mined laughs as well as violence out of its Groundhog Day scenario, The Campus sits very much in the shadows like the brooding younger sibling.

Rachel Amanda Bryant (The Disappearance of Madison Bishop) plays Morgan, a surly twenty-something returning to her hometown for her archeologist father’s funeral. When her sister slaps her as quickly as she hugs her, it’s evident that Morgan has a complicated relationship with her family. In a series of flashbacks, we see how her father, Robert (Robert C. Pullman), ritually ignored and belittled her whilst growing up. Whilst Morgan would be given the cold shoulder even at Christmas, her sister was showered with praise and trinkets. Does her father’s abusive behavior have something to do with the demonic presence he encountered in the Middle East back in the 90s? Spoilers: Yes. 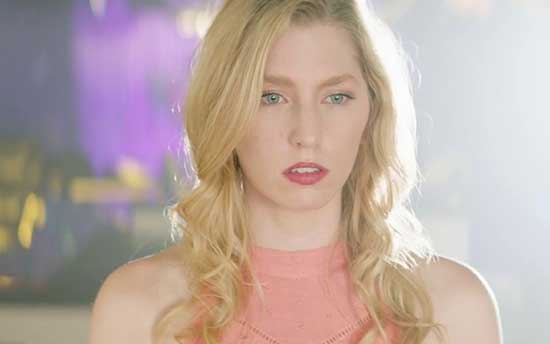 This demonic dealing is unknown to Morgan who decides, after the funeral, to rob her father’s office which would allow her walk away with some dignity… And something she can sell, of course. Unfortunately for her, Morgan is brutally murdered after completing her errand. Fortunately, she wakes up back outside her father’s office, seemingly being given another chance to rob his corpse blind. More unfortunately than before, Morgan winds up dead again. Repeat ad nauseum.

Instead of continually having to repeat her actions, and perhaps doing a Bill Murray and learning to ice sculpt, Morgan comes under fire from the different kinds of violence one finds lurking within the subgenres of horror. Demons, ghosts, zombies and evil chihuahuas are let loose upon our ‘hero’ thief and she must work out how to break the curse to allow her to abscond with her father’s riches. 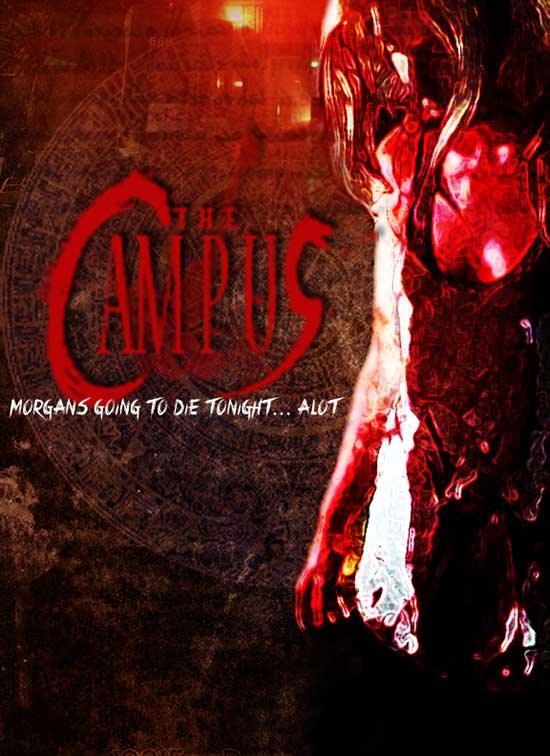 Playing around with different styles of horror gives The Campus an episodic feel. Each episode feeling like they’re the crib notes to previously released films including the likes of The Strangers and Thanatomorphose. As a result, your mileage may vary, with some people delighting in the irreverence of it all whilst others will be damning its derivative qualities.

The main concern for this critic was how – despite everything being thrown onto the screen – The Campus manages to be utterly unengaging. Painting the screen red with blood till you’re in danger of drowning your audience doesn’t manage to cover up your weak plot. J. Horton has an extensive filmography and there’s nothing wrong with a director stretching his legs, and wrestling with different styles during the film is a noble pursuit. Sadly, none of it gets under your skin. It feels like the entire project would have been better suited to allowing different directors to tackle a different aspect of Morgan’s torment. There’s something more interesting in the idea of a group of directors being given the same actor, character and sets, and then seeing what each of them comes up with.

At the same time, having an unlikeable protagonist from the get go and making its audience wallow in her past abuse, The Campus is an unholy unity of kitchen sink drama and nihilistic genre cinema. And that is not nearly as good as it sounds. When you’re not being expected to puke as Morgan’s fetid eyeball flops around her diseased face, you’re asked to be part of a pity party. I’m not saying there can’t be a change in moods, but nothing gels here.

As it is, The Campus starts, continues for a bit and then ends with its audience scratching their heads and wondering if there could have been anything more to the project.