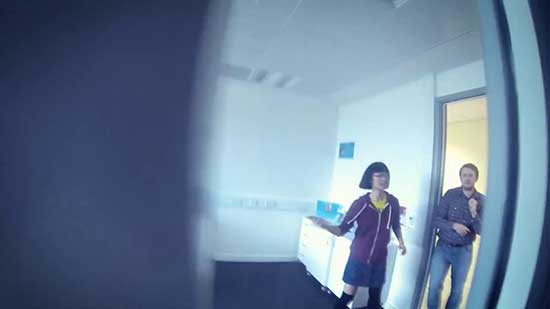 A bio scientist becomes trapped in a testing lab when a deadly Rage virus is accidentally released. It’s then a race against time to find his girlfriend and escape the lab before the Rage destroys everything in its path.

More short films, kiddies! Today we have THE RAGE, written and directed by Joshua Cleave. The film has won several awards, including “best zombie Horror” at the Burlin Zombie Film Festival and “best Horror Film” at the UK Short Film Festival.

What makes this film really cool is that is it all shot from the main character’s perspective using a Go-Pro. We watch the madness unfold through his eyes. It’s that first person perspective that helps build the tension. Everything happens very quickly as you ride his wave of panic and fear.

Our story opens as Joe (Christian Greenway) arrives at his job at a bio energy lab to start his day. He gives his credentials to receptionist Lucy (Harriet Davies), enters the clean room, and greets his fellow researcher (Noel Ross).

But the usual morning banter and “how was your weekend” conversations go right up in smoke as an accident in the lab creates chaos. Joe hits the alarms, but no one will enter to help his co-worker. He watches the office staff outside flee, leaving him trapped in the lab.

As Joe tries to save his friend, we start to see the effect of the chemical exposure. And let’s just say…its not good. The race is on for Joe to find a way out of the lab, out of the building, and as far from this mess as he can get. 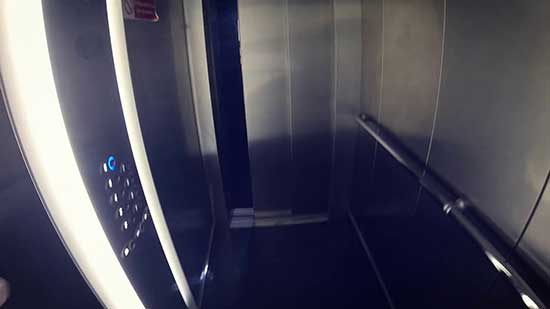 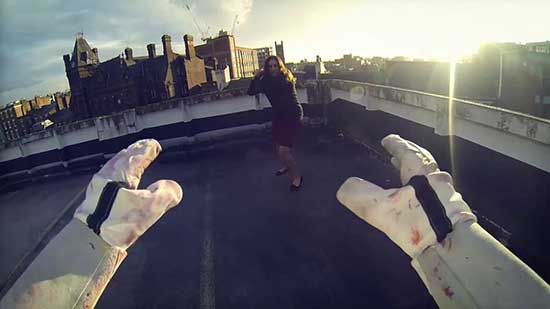 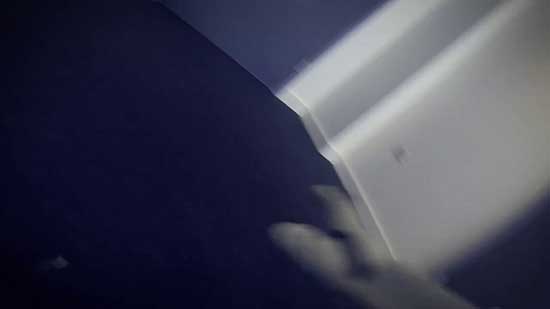 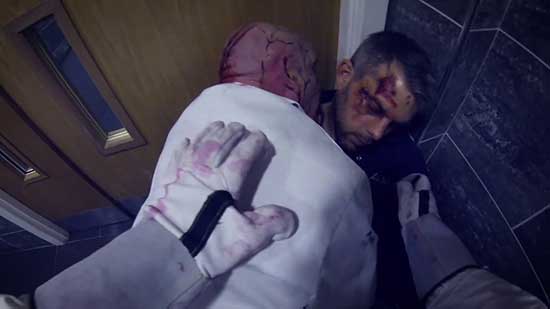 As for being a zombie film, It’s closer to the rage infected from 28 Days Later as opposed to the ghouls of Night of the LIving Dead. As the title suggests, the infected are fast and angry. I’m not a big fan of “fast zombies”, but that’s not exactly what we get here.

The make up team created some pretty decent looking infected for the film. The action is fast and furious, and you don’t get a real long look at any one creature. The gore is minimal but there’s more than enough of it.

I would also like to make mention of the editing on this film. There is some transitions in the film that are all but seamless. Really good stuff just all around.

So using my special short scale of one to five, five being awesome, I’m giving this film 4 alarms.