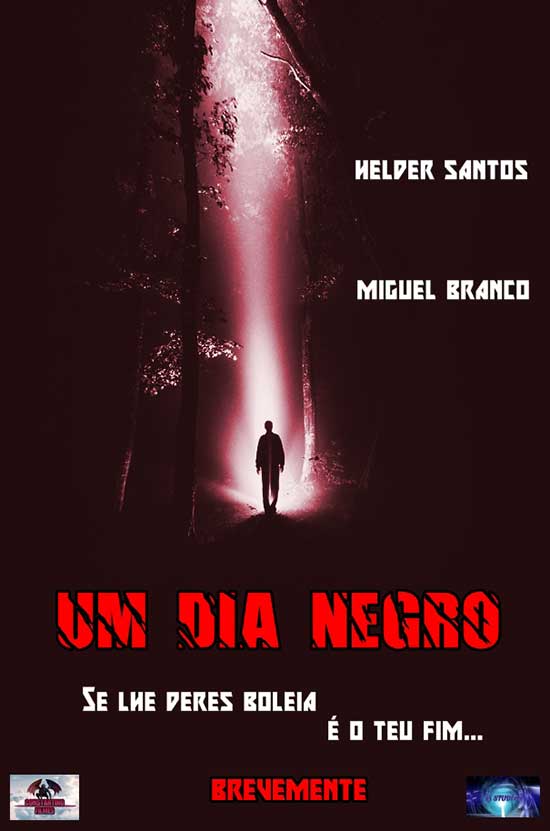 A young man is on the road to visit is girlfriend, when he stops to give a man a ride, but this man is a serial killer in disguise, while driving through a forest, Silva starts a weird conversation with Ricardo, he then realizes that the stranger proves to be a psychopath, and starts to play a tragic and violent mouse and cat game.

I’ve reveiwed other films by this filmmaker, and like those films, this one is in Portuguese with no subtitles so I’m kinda winging it here.

We start with a young man (Miguel Branco) driving down the road and he stops to pick up a hitchhiker (Helder Santos, who is also executive producer on this film). They strike up a conservation as they travel along, and it all seems pretty pleasant at first. Then the hitchhiker pulls a knife. 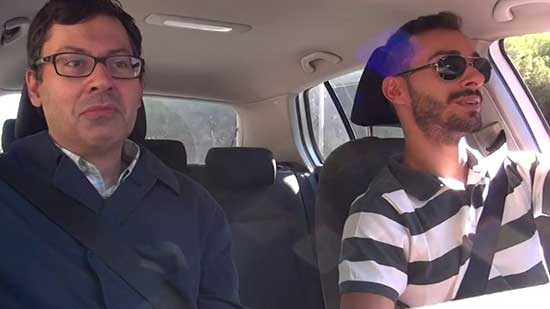 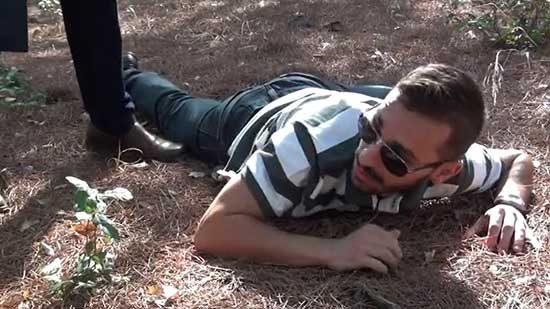 The hitcher forces the driver to pull over and drags him from the car and into the woods. The driver sees a chance and takes off running. The chase is on.

There’s a lot of conversation during this scene, but I have no idea what they are talking about. I could only identify words and phrases, but nothing in context. So whatever the deeper story is here, I got nothing.

By the end of the film, however, its not too hard to figure out what just happened. Trust me on this. 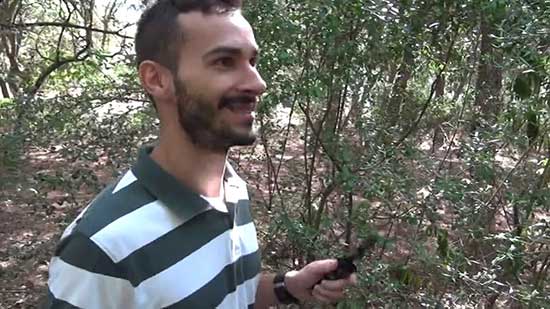 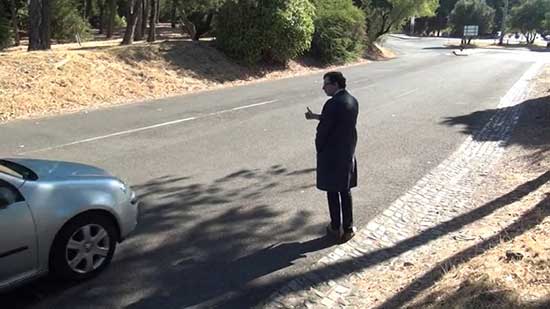 So the sound mix is weird. Not sure if its an artistic choice or just poor ADR. It comes and goes throughout the film. It’s could be intentional but without being able to translate the dialogue I can’t say for certain.

Either way, it’s a pretty decent short film. I have really liked other films by this filmmaker and this one is a little different from the ones I’ve seen, but still good stuff.

So using my special short scale of one to five, five being awesome, I’m giving this film 3 knives.