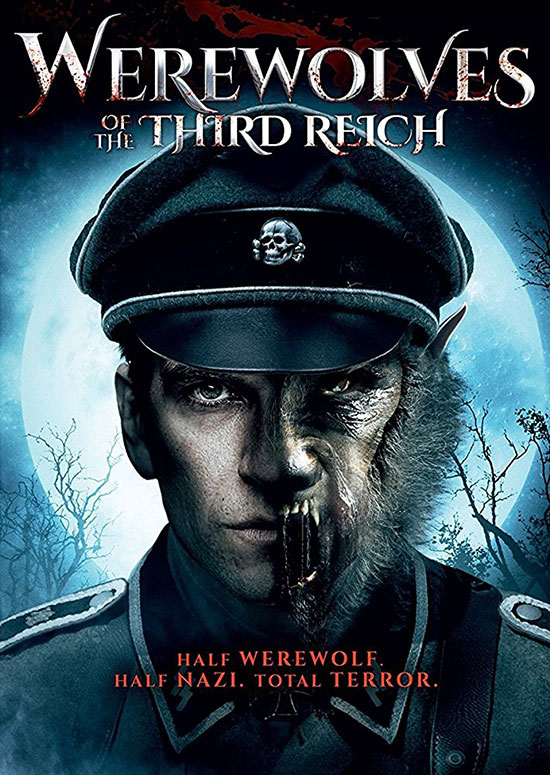 In Germany at the height of World War II, a ragtag group of American soldiers discover Doctor Mengele’s diabolical plan to create an unstoppable army of Nazi werewolves.

Snakes on a Plane really has a lot to answer for, doesn’t it? Its plot synopsis given by its own title has meant we’ve become spoilt, and films better promise what they say on the cover! Jaws? There better be. Airplane vs Volcano? I demand they go toe to toe. Frankenstein Created Woman? Theologically unsound, but, again, if he does I’m fine with it.

With a title like Werewolves of the Third Reich, this British horror promises to go hard or go home. This is Nazisploitation meets the supernatural, surely? We haven’t seen the likes of this since 2007 with Rob Zombie’s Grindhouse trailer, Werewolf Women of the SS. That’s got to get your engine revving, right? The film’s Director/writer, Andrew Jones, clearly knows about a thing or two about enticing titles. Look through his filmography and you’ll see the likes of Poltergeist Activity, Theatre of Fear, The Feral Generation and… Robert. To be fair to that last one, it is about a demonic doll so that sounds fun. 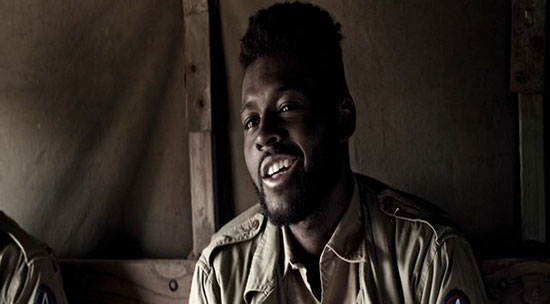 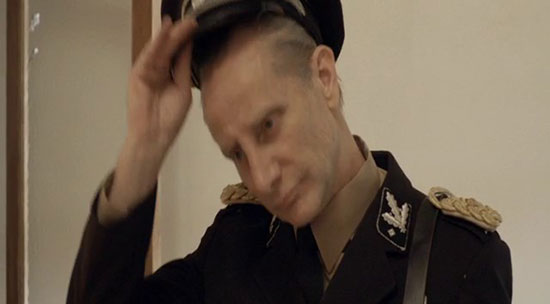 And that’s what werewolves in World War 2 should be: Fun! It’s not much of a secret that certain big cheeses with the National Socialist German Workers’ Party were heavy on the occult stuff, so the idea of men turned beasts slavering in the sight of a full moon is pretty much a logical step. Hell, we’ve all been ready for this since An American Werewolf in London buried itself deep into our conscience with it’s nightmarish, gun toting, goose-stepping Nazi-wolves.

Alas, Werewolves of the Third Reich offers none of the thrills you would want. To be fair, it barely offers you any werewolves whatsoever. What it does offer up is a well put together homage to Quentin Tarantino’s Inglourious Basterds. In an opening scene that feels like it was ripped straight from the Big Chin’s screenplay, we’re introduced to Mad Dog Murphy (Lee Bane), who, along with his fellow soldiers, makes up the Fearless Four. Arrested for various crimes, Mad Dog and team are shipped off to a military prison. And if you’re thinking that’s where they’ll meet the werewolves of the Third Reich, then I’m sorry to disappoint you. They do meet a lot of actual Nazis, when their convoy is attacked. This allows the Fearless Four to escape and lie low till the heat blows off. 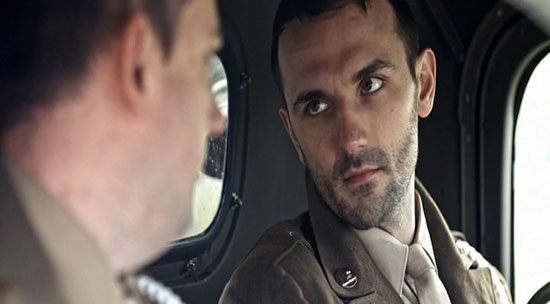 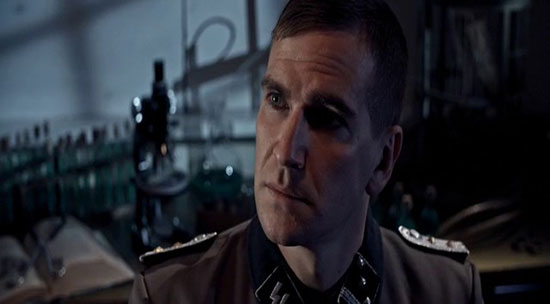 All gritted teeth and stubble, up until this point Werewolves of the Third Reich is amusing, but severely lacking. What’s it lacking? Werewolves, I hear you cry. No, a romance! More than that, a Nazi romance! Ilsa Koch (Suzie Frances Garton), who was an actual commandant of the Buchenwald Concentration Camps, is in love with an SS soldier. However, the romance is doomed as Ilsa’s husband, Dr Josef Mengele (Neville Cann), who was never married to Ilsa in real life, has found out and plans to turn her lover into… a werewolf! A werewolf. There you go. One werewolf in a film called Werewolves of the Third Reich. Okay, okay, to be fair, there’s a second werewolf to justify the usage of a plural, but it really does smack of complacency.

These two disparate storylines – Inglorious Bastards-lite and love amongst the jackboots – do eventually dovetail, but at an incredibly late stage in the proceedings. So late in fact, that there’s a good chance you’ll have given up caring long before Mad Dog meets an actual mad dog. 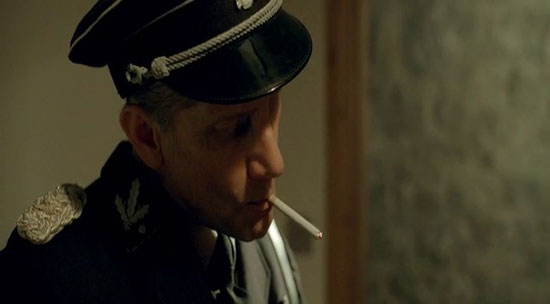 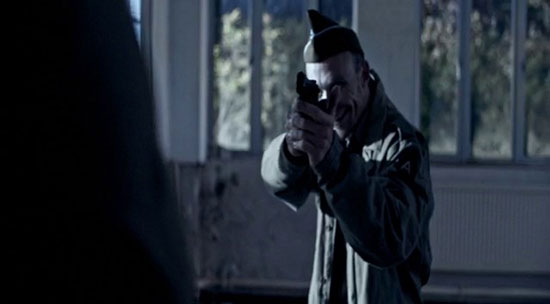 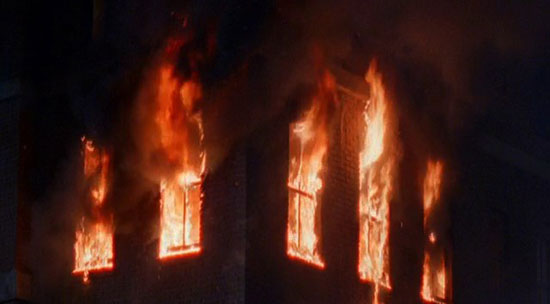 In fairness, the film does look good and Jones clearly works well within a limited budget. Additionally, the cast’s performances can be ascribed to the Abraham Lincoln: Vampire Hunter aesthetic. That being, play it as straight as you can and never look back. It really does work in the best interests of the film.

Overall though, there is just too much time spent aping Tarantino’s movies, leaving the film high in concept but low in delivery.