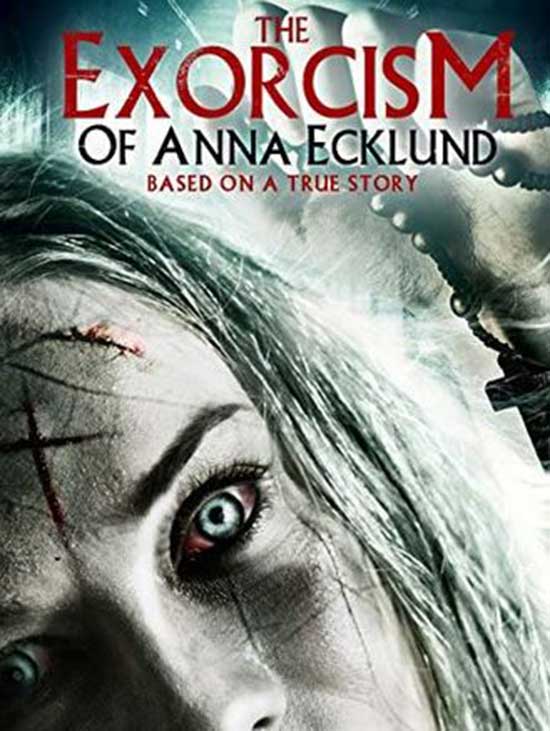 (Author’s Note: I want to make it clear that any comments in the following movie review are aimed at the film itself. Anna Ecklund (more on her in the review) went through a miserable and horrifying experience in real life, and my words are not meant to take away the suffering she experienced.)

Honestly, upon hearing the title “The Exorcism of Anna Eckland”, I felt a small part of myself self-delete itself. I’m gonna be up front about this and say that I am NOT a fan of “The Exorcist”. Cool your internet rage. I recognize its strengths, the innovations in makeup, influence on culture, and its iconic place in Western civilization. I’m not a total heretic.

I also recognize it created the blueprint that knock-off exorcism movies would slavishly follow. Sure, since the Granddaddy of Exorcism Movies, there have been those films that find different ways to share the impact of such of wild event. Some focus on the legal elements and others examine the side effect on loved ones of the afflicted.

“The Exorcism of Anna Ecklund” gleefully ignores originality and projectile vomits mindless clichés and threadbare tropes at the actors and the audience (both of whom should have known better than to get involved). Let me relate a few of the high points, and you tell me if you heard them before:

One, pretty girl thrashing around like she was just told being grounded means no Justin Bieber concert while spewing foul language and offering sloppy sex

Two, a conflicted priest who doubts his faith and his ability to guide the victim to salvation while acting disinterested and stoic in the face of…

Three, a resolute and confident older priest who has the conviction to win the day, yet acts as an empowerment tool for the spiritually-torn younger priest instead of just getting the damned job done!

Insert scenes of puking, terrified nuns, and screaming (oh, so much screaming, but not as much as “Alucarda”).

Does this sound familiar? If not, are you sure you’ve actually seen a possession movie?

We are treated to poor Tiffany Ceri, who plays Anna, flailing about on her bed during the opening credits that run on for nearly FIVE AND A HALF MINUTES!! Ooh, thank goodness her fancy “emoting” is presented in slow motion! Sadly, no matter how sexy a growling, snarling, possessed woman might be, this gets boring as it is not even remotely frightening. (But it is kinda sexy. Just sayin’)

Lee Bane as the priest in crisis called in by special orders from the Vatican is probably the best actor in the film. He is not excused for playing his character so emotionally distant as to be dull and lifeless. He comes across doubly stiff as the other priest is played by a guy who employs every hint of the classical Delsarte acting, using physical motions to emphasize the intended emotion of the moment. I think someone’s community theater group is missing one of their actors.

The actually story of Anna Ecklund sounds mind-shattering as the woman experienced two major possession instances and had various issues through the rest of her life. The most brutal possession experienced by her was in 1928 when she suffered through an intensive series of exorcism rites over a 4-month period. Sounds like nightmare fuel for me. 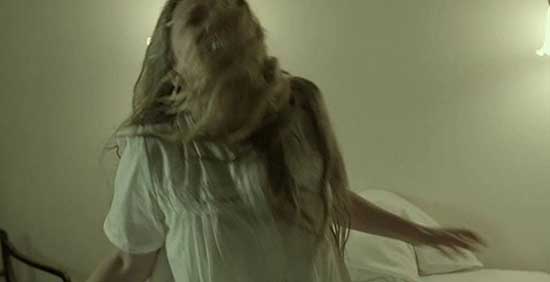 Instead, the film leans more toward the broken faith of Father Lamont. Perhaps they could have made a solid drama about the priests who took part in the historic exorcism since the filmmakers did not seem to have the stomach or the budget to commit to a full-on horror film. In the end, even that focus is too vague with tired motivations and frustrating clichés to buoy the movie.

“The Exorcism of Anna Ecklund” washes away all the potential presented by the real-life facts to give us scenes that almost look a fan remake of “The Exorcist” made in someone’s bedroom when their parents weren’t around. Most shots are claustrophobically tight to minimize environment. The pace is casual. The only time the film seems to come alive is a wild priests-versus-nuns smackdown that takes place just when you have given up all hope of anything interesting happening.

Pass on this timid and tiresome film that adds nothing to the possession genre and go watch the original “The Exorcist” again.