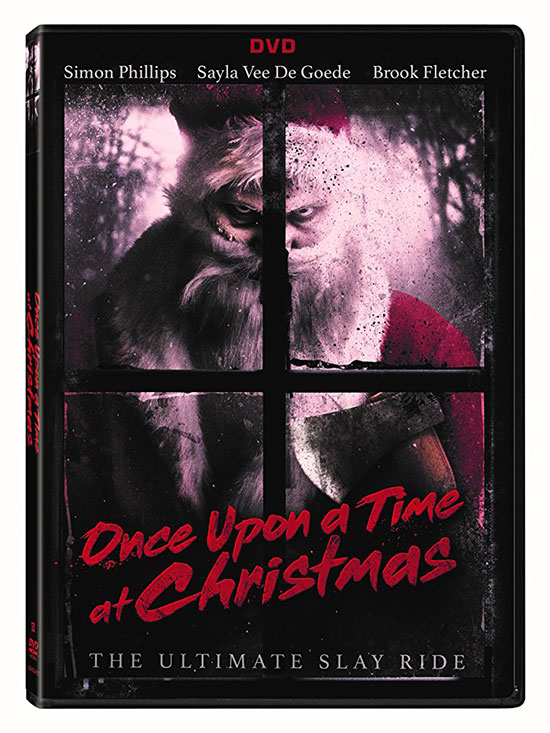 Santa and Mrs. Clause go on a killing spree in Woodbridge, 12 days prior to Christmas.

The Christmas season is over. Santa has packed up the elves for another year. We can rest easy until the day after Halloween before being pummeled by candy canes, mistletoe, and mawkish tunes of good cheer.

Unfortunately, the Christmas-themed movies don’t care that you have buried all your deeply-held seasonal anger and anxiety issues along with a couple of your more annoying relatives who just wouldn’t stop asking, “So, when are you getting married?”

Sorry. Too much information. 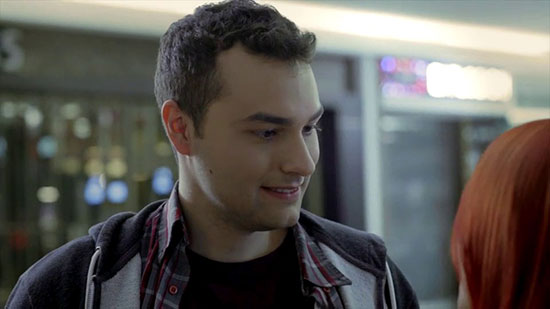 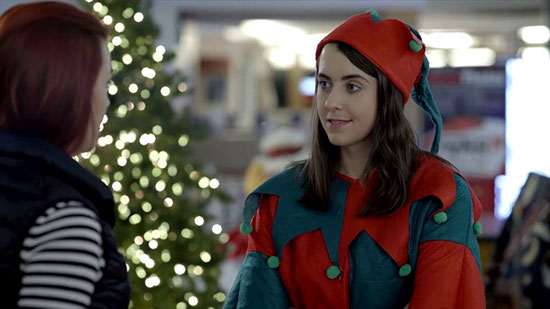 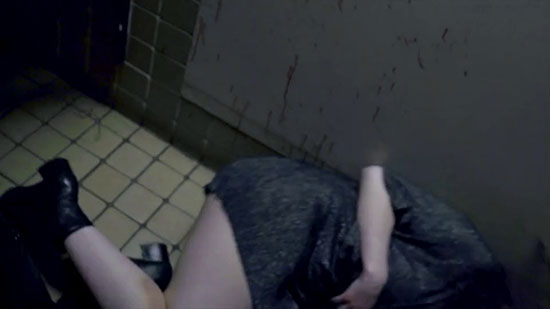 Let’s talk about “Once Upon a Time at Christmas” for a bit. It is a Christmas-themed horror movie. You know that because you have a couple of killers dressed as Mr. and Mrs. Claus. And every few minutes you are given a countdown to Christmas Day. Oh, and a mall full of Christmas lights. I think there is even an eggnog reference. Definitely Christmas.

A sleepy town is suddenly home to an escalating series of brutal murders being committed by a couple dressed as Santa and his oddly-sexy wife. What secret will explain the connection between the murders and young Jennifer?

That’s pretty much it. Pretty open premise, so it could go a few different directions. Perhaps they should have taken that left turn at Albuquerque, because the film derails as soon as it starts. You see a cop acting tough with Mrs. Claus behind bars. Can you feel the wind getting sucked out of this already? We know from the look, the sound, the obvious Harley Quinn imitation by Momma Santa that this film is gonna go the cliché route. Since you are obviously seeing a flash-forward, you know how the damn movie ends before it has a chance to begin, so anything that happens leading up to that flash-forward DOES NOT MATTER.

Yet we get to sit through it for the next 90-plus minutes. 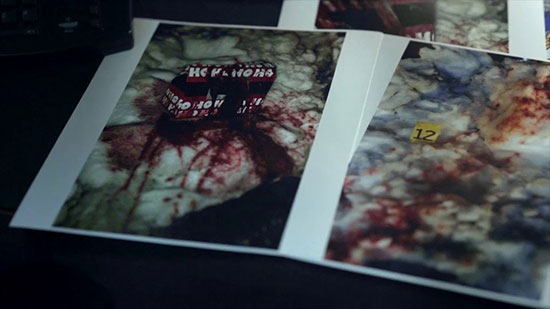 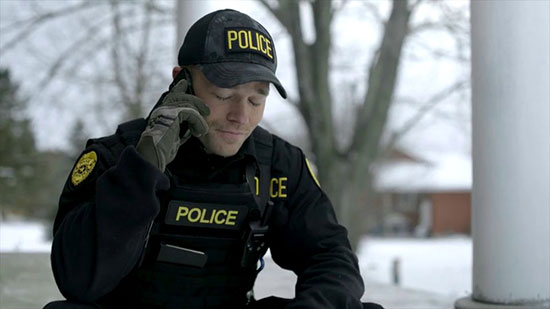 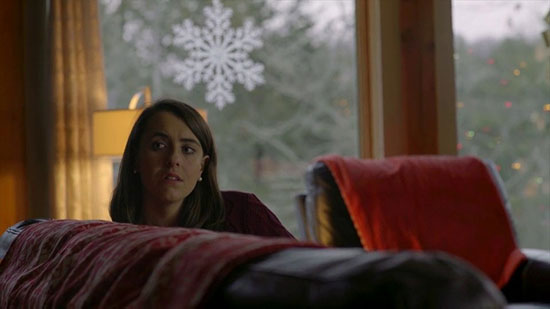 Okay. Maybe it will at least be funny or have cool practical effects or a few really sick set pieces of holiday brutality or a quirky storyline. Maybe? Umm, well….

There are attempts at humor, but it is lost in poor writing. Unless dick references and boyfriend bashing are your idea of comedy gold, you will find little here of intentional wit. Unintentional laughter is a completely different thing; there happens to be a lot of that.

For the love of all that is holy, stop using poorly placed CGI blood and wound effects. If you aren’t gonna take the time to properly blend it in with skin tone and proper lighting, DO NOT USE IT! If you were doing a parody, then, yes, but that does not seem to be the goal here. It makes your movie look like a bad cartoon. Yes, practical effects are budget intensive, but the cheapest-looking practical effect is better than CGI that pulls the viewer out of the movie.

You know that you are in trouble with a film when you get a halfway groovy-looking attack sequence (if you can ignore the CGI gore) but you get utterly stock camera work during the talk-filled portions. That tells you the director is wanting to dazzle you with how they handle action but can’t be bothered to learn the fundamentals. 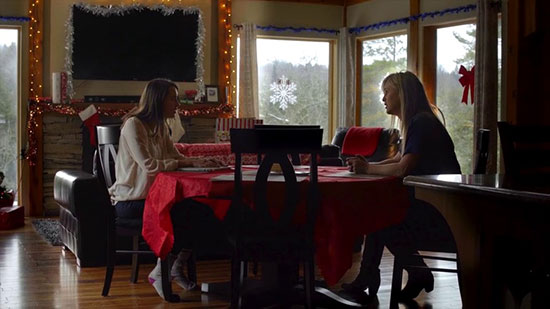 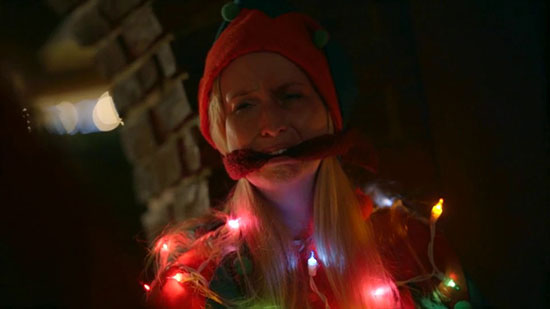 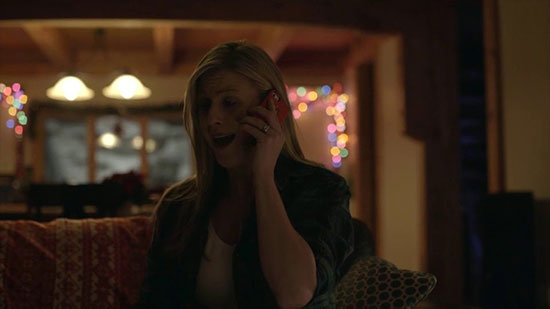 Then there is the writing. Let’s just say that if any character turned on a radio, the killer’s pattern would have been revealed in short order. Maybe the filmmakers couldn’t afford the rights to any Christmas music. Maybe it was stacking the chips to hide a tired gimmick. But who needs to rely on a cheap gimmick when your characters don’t act in the way any normal person would? You get characters purposely ignoring the carnage going on around the town and scenes hinting at deeper relationships between characters just to allow needed exposition to be given and characters forgetting to report evidence that was obviously planted at a crime scene – just stop, okay. One example: a major plot point is uncovered in seconds after a character Googles her mom. Feel free to bang your head on a nearby table.

Is “Once Upon a Time at Christmas” without any redeeming qualities?

Of course not. It does have a rather nice energy that fits the joyous violence the anti-hero Claus couple, and a trilogy about such a couple could be quite fun.

As far as acting goes, Jeff Ellenberger as the deputy does a decent job as a fairly stoic cop. Can only hope he finds better work in the future. And then there is Susannah Mackay in the supporting role of Courtney. Unlike the bulk of the cast, she attempted to bring some human animation to her face as she delivered her lines. With a better script and director, she could do well. Add to that she has a very unique look with the red hair, pale skin, but fairly innocent eyes. She could help continue the franchise if they had her become a psycho-hunting vigilante after her experiences in this and the sequel that is coming. 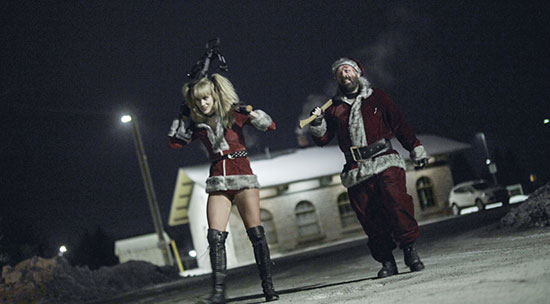 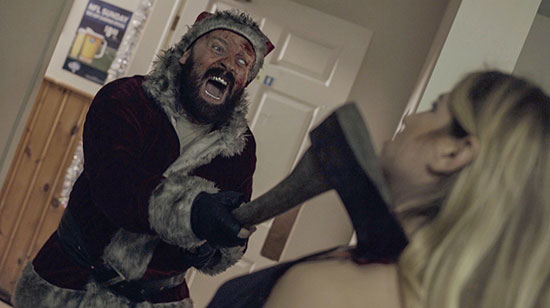 Is the movie worth your time? Eh. Not really, but I certainly hope that enough good comes from all of this that people will at least reference this film as an interesting beginning.