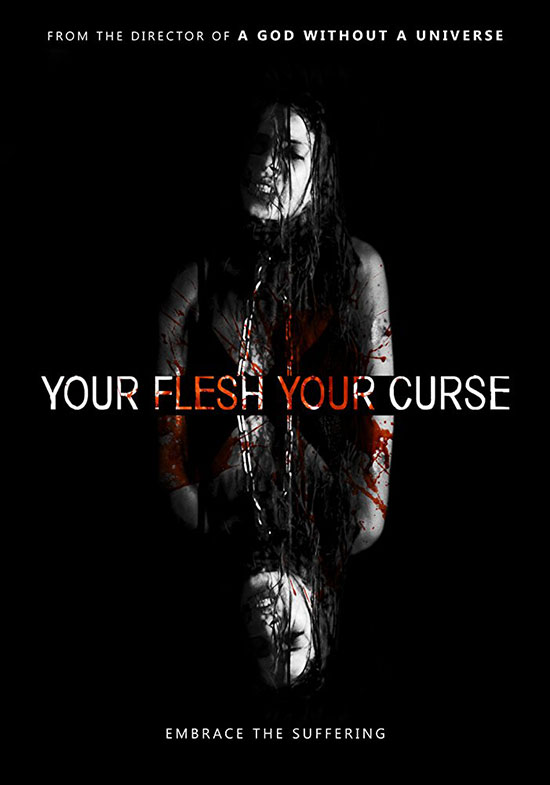 After being brutally murdered, the troubled girl Juliet White ends up in a limbo, where a spiritual guide forces her soul to re-live repressed memories.

If there is a director with a darker, more nihilistic vision than Denmark’s Kasper Juhl, I certainly have not encountered their work. Even the titles drip with a sense of loss and hopelessness: Madness of Many, A God Without a Universe, The Prophets of Ignorance, and so on. Time and again, Juhl’s work manages to disturb, upset, and provoke controversy, telling stories of loss and despair that are somehow both heartbreaking and hauntingly beautiful. And with his latest release, Your Flesh, Your Curse, he continues to lead us further down the spiral, dipping into some of his darkest material to date.

Written and directed by Juhl, Your Flesh, Your Curse focuses on Juliet White (Marie-Louise Damgaard Nielsen, who also appeared in A God Without a Universe), a young, troubled girl full of pain and sorrow – she is also the narrator of the film. We know she was abused by her father in the past, and she has a lot of unresolved anger that causes her to do things that are harmful to herself. In fact, she goes so far as to tell us that she tries to drown herself in numbness on a regular basis. While she spends most of her time getting high, getting drunk, and prostituting herself, we can see by the look in her eyes that she’s not really experiencing any of it, that it all just happens to her. She soon finds that there may not ever be peace for her, not even in death.

Among other things, Juhl is a master of building tension throughout a film; things get more and more upsetting until the final act when the dam finally breaks and we find ourselves on the threshold of hell. Your Flesh, Your Curse is no exception. Separated into chapters, this film starts off rough, with the drugs and the depression and a couple vague hints that something much more horrible may be in store. 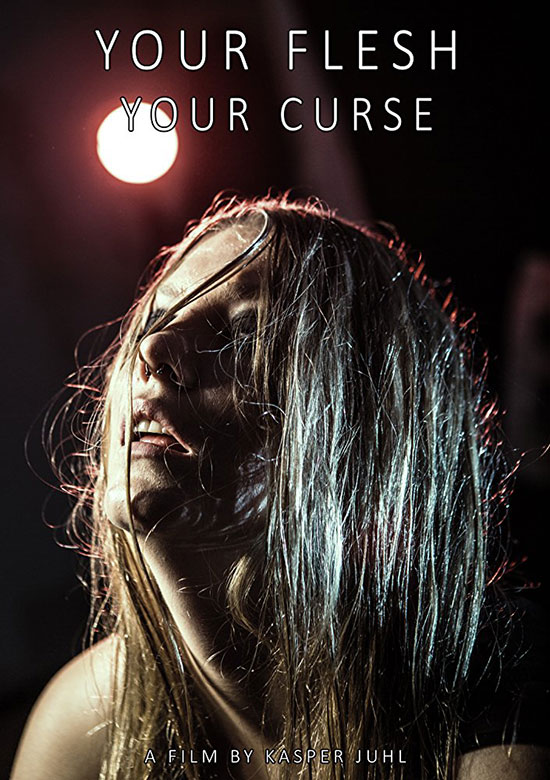 By the end of chapter one, things look pretty bad, as an angry, hopeless Juliet seems to overdose in a remote area near the woods. Chapter two starts off even more unsettling, when a random guy comes across Juliet’s unconscious body and takes advantage of her, then panics when he realizes she’s still alive and regaining consciousness and slits her throat. Soon we’re traipsing into even darker territory, as Juliet moves from one existence to another, and we continue dipping deeper into psychological horror.

By the time we make it to chapters three and four, we’ve just about reached our limit, and we have to remind ourselves that it is Juliet going through hell, not us, the audience, and this is only a movie. While the first three chapters are upsetting, chapter four manages to reach new disturbing depths, comparable to Madness of Many in terms of blood and gore and physical torture. If you’re familiar with the previous work of Kasper Juhl, you’ll already know this, but for any newcomers, I’ll advise that you not get your hopes up for a happy ending.

My introduction to Juhl’s work was the aforementioned Madness of Many, and I’m not afraid to admit that I didn’t fully understand what I was seeing the first time through. It was disturbing, sure, and looked great, but the disjointed narrative and the non-linear timeline and true depths of depravity that I witnessed didn’t fully resonate with me until days later, when I found myself still thinking about what I had seen. All this to say: If you’re not familiar with Juhl’s work, I highly recommend you get familiar, but I’m not able to give a recommendation on which film to start with that would help make the others more palatable. 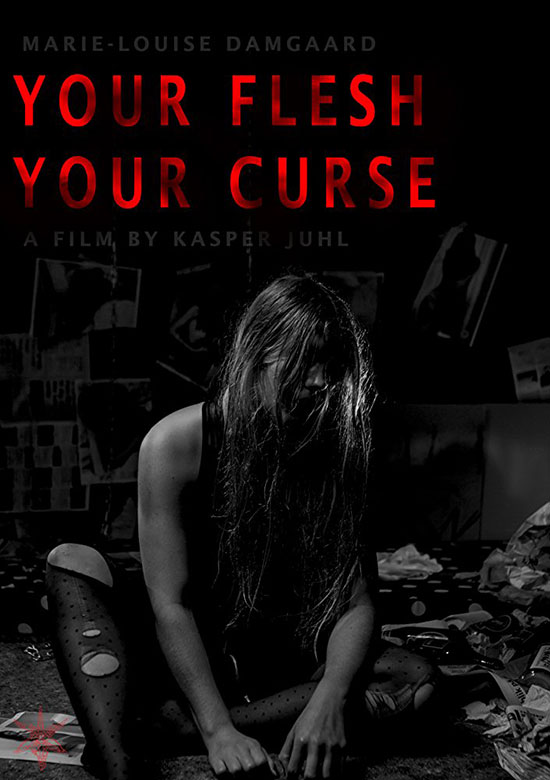 Your Flesh, Your Curse is probably as good a starting point as any other. As usual, alongside the depressing storyline is an equally depressing score that helps enhance the mood. And much like his other films, much of the violence and gore is self-inflicted by nature, and there is a hefty dose of upsetting (but not gratuitous) sexual violence as well. And don’t forget the vomit.

Kasper Juhl makes upsetting films; that’s the simplest and most honest way to put it. These are not slashers, nor are they monster movies, and they do not contain a typical “horror” narrative. Rather, they are unique visions of despair and loneliness, trips to hell and back (although the return ticket isn’t always guaranteed). Your Flesh, Your Curse is the natural “next step” in Juhl’s filmmaking career, raising the bar in both story-telling and cinematography while continuing to upset in the most artistic way imaginable. The art of Juhl’s film is not one that will find mainstream approval, but for those who appreciate the extreme, I can’t recommend this film enough.