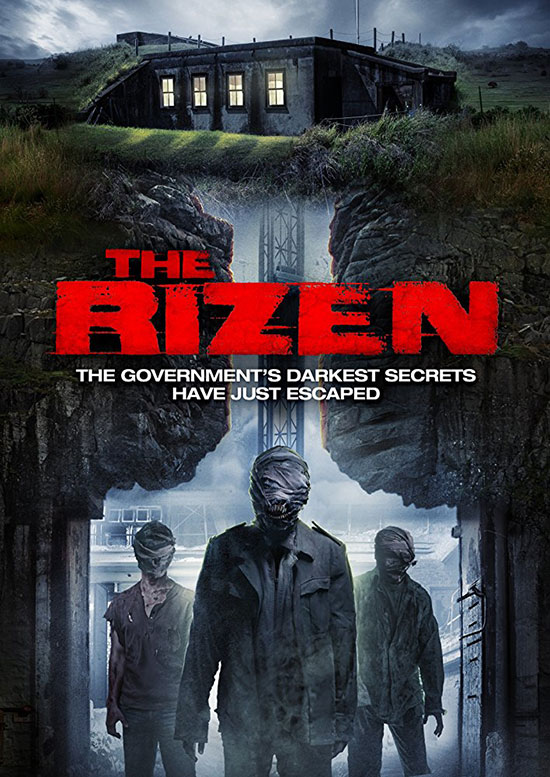 The year is 1955. NATO and the Allied Forces have been conducting secret, occult experiments in a bid to win the Arms Race. Now, they have finally succeeded but what the Army has unleashed threatens to tear our world apart. One woman must lead the only survivors past horrors that the military has no way to control – and fight to close what should never have been opened.

Fans of the Bioshock franchise and Resident Evil – both the game and the weirdly popular Paul W S Anderson films – may get somewhat of a kick out of The Rizen, a British horror from director Matt Mitchell (Gangsters, Guns & Zombies). And by this, I mean there’s a lot on screen that appears to have been cherrypicked from both in order to construct the film’s narrative.

Set in the 1950s, a woman, played by stunt actor Laura Swift (Pride and Prejudice and Zombies), wakes up whilst being dragged down a dark corridor by a bloodied and bandaged man. Survival instinct kicks in and, five minutes later, the man is now the one laying on the floor with his skull crushed in. The woman is panicked, afraid and, perhaps worse of all, she has no idea who she is. 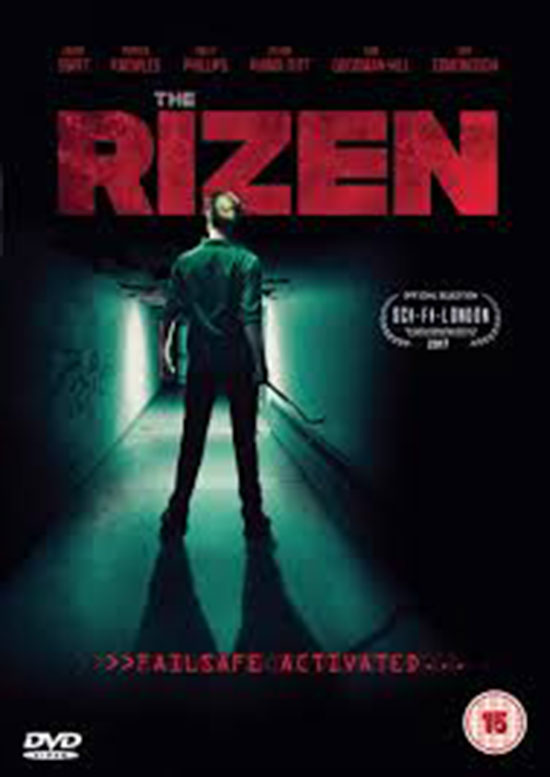 An ID card in her pocket identifies her as Frances, a canteen staff member working at a mysterious government project. After walking down endless corridors, Frances stumbles across Professor Richard Baughman (Christopher Tajah) and soldier Briggs (Patrick Knowles), both suffering from the same amnesia as her. As the trio make their way down even more corridors than mentioned previously, they battle against madmen and beasts, with the hope of finding an exit out of their hallway based nightmare.

Staking the horror around a mystery is a tough play to make. You want the audience to question who they can trust on screen, whilst ensuring that they fear for the characters’ safety despite knowing very little about them. On the successful end of the spectrum you have films like Cube, whilst the less successful end sees the likes of The Grinn. Sadly, despite an attention-grabbing opening, The Rizen can be found at the lower end of the spectrum. 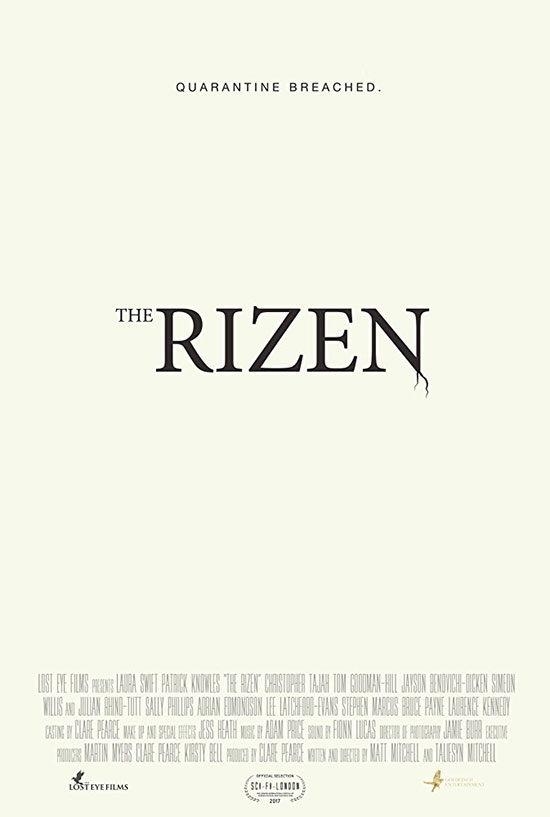 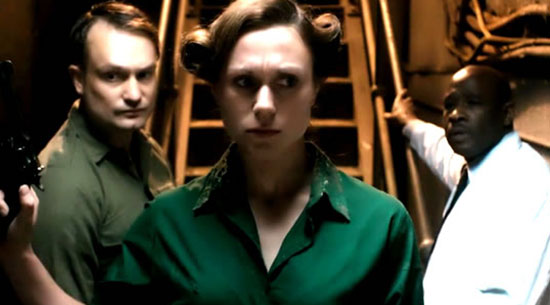 The film’s pacing is completely off with – as I’ve already hinted at – far too many walks up, down and around corridors. It’s clear this down the film’s incredibly low budget. Not that a lack of sets signifies the quality of a film. I draw your attention back to Cube, which excels despite, and because of, its never changing scenery. With The Rizen, however, the overuse of corridors highlight a lack of atmosphere in the film. We are painfully aware that we’re on a set at all times, rather than an underground base cut off from society. Equally, despite being ostemsibly being set in the 50s, The Rizen looks, at times, far too modern to be misinterepreted to be any other time period but now. It throws you out of the narrative, reminding you constantly that you’re watching a film.

Equally, the mystery of who Frances is isn’t resolved until the film’s closing minutes and it’s not really worth the wait. Yes, there’s a Lovecraftian element thrown in for good measure, but it doesn’t feel connected to everything that’s come before. Rather, it just highlights that Mitchell, who also wrote the script, is setting up a sequel and believes his story warrants multiple films in order to fully encapsulate the enormity of his project. Whatever is planned for The Rizen 2 (currently in production), it’s hard not to feel that already both films would benefit from being one cohesive film.

What will make The Rizen standout to some, particularly its British viewers, is the sight of several comedic actors playing it straight in blink and you’ll miss them cameos, including Ade Edmonson (Bottom/The Young Ones), Julian Rhind-Tutt (Green Wing) and Sally Phillips (Miranda). In a way, one is reminded of the video for Kate Bush’s Experiment VI, which saw the singer as a creature slaughtering the likes of Dawn French and Hugh Laurie. And at least with Experiment VI, it was short, entertaining and with a good soundtrack.

Aficionados of British horror will probably seek this out to add to their growing collection of disappointing movies. For everyone else, it’s probably best to go on YouTube and look up Kate Bush videos.