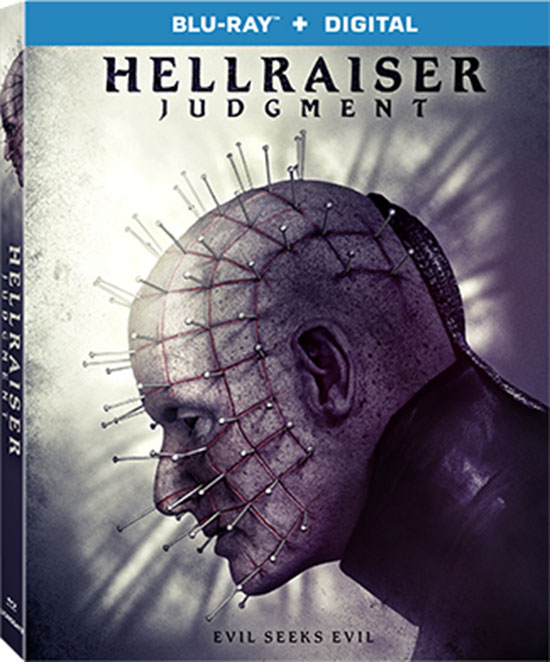 Experience a terrifying new chapter in the legendary Hellraiser series when Hellraiser: Judgment arrives on Blu-ray™ (plus Digital), DVD, Digital, and On Demand February 13 from Lionsgate. The tenth film in the classic horror series tells the story of three detectives as they struggle to solve a horrifying murder, but instead find themselves thrust into the depths of Pinhead’s hellacious landscape. Including horror icon Heather Langenkamp (A Nightmare on Elm Street, Wes Craven’s New Nightmare), and written and directed by Gary J. Tunnicliffe (Hansel & Gretel), the Hellraiser: Judgment Blu-ray and DVD will be available for the suggested retail price of $21.99 and $19.98, respectively.

The dreaded Pinhead returns in the next terrifying chapter of the classic Hellraiser series. Three detectives trying to stop a diabolical serial killer are sucked into a maze of otherworldly horror, where hellish denizens including the Auditor, the Assessor, and the Jury await to pass judgment.