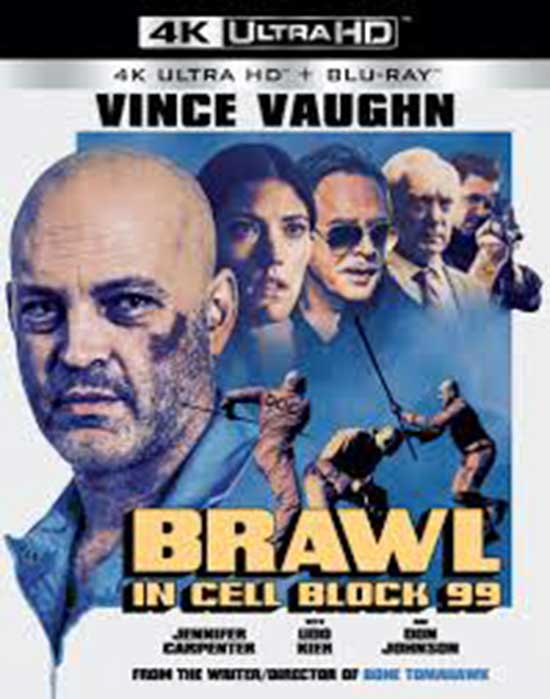 Bradley Thomas is a hard working man. After him and his wife’s miscarriage they admit the spark isn’t there anymore and decide to have a baby. After being fired from his job, he turns to his friend who hires him as a drug dealer. A trade goes bad and he ends up in prison, the only problem is that a gang has kidnapped his wife and they will do an experimental operation on the baby unless Thomas kills one of the inmates in cell block 99. Bradley will not stop at anything until his wife is safe again.

A surprise hit that should be on your must see list this year, “Brawl in Cell Block 99” is one such film that you should take the time to indulge in. Actor Vince Vaughn has given us terrific performances in films like: “Wedding Crashers”, “Old School” and “Swingers” (to name a few on this actor’s extensive list). Though Vaughn is also primarily known as a comedic actor. “Brawl in Cell Block 99” is no comedy and for good reason. Sporting a shaved tattooed head, Vaughn gives us a different side to his acting repertoire. While the actor has been placed in more diverse roles over the years, it was unexpected to see him play the dynamically ranged tough guy that he plays in this movie.

Vaughn is working man, Bradley Thomas who was recently laid off from his day job. The economy is tough, though the recent discovery that his wife has been cheating on him just made it alot tougher. His wife Lauren, the beautiful (but border-line anorexic-looking) Jennifer Carpenter has been in for the long haul in support of her husband, though recent events have induced an emotional hardship between the 2. 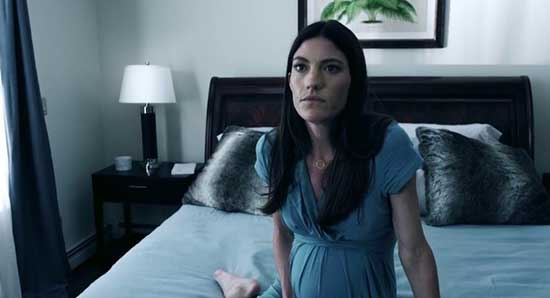 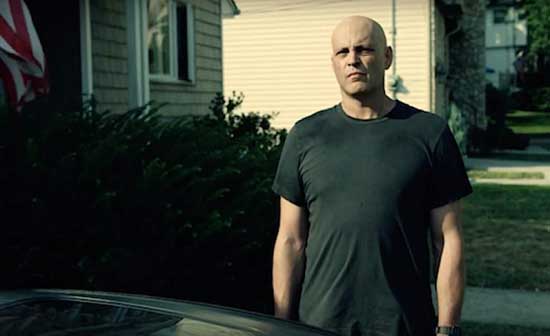 Bradley, a country boy with more skills than we first envision, decides that taking on a drug running job with his friend Gil (Marc Blucas) is the answer to a new life for him and Lauren. Things appear to be going good with a big house, nice cars, and a new baby girl on the way, however as with any high risk job that involves drug-smuggling, the bubble is about to shatter.

At this point in the review, most readers can induce that Bradley gets mixed up with the wrong job despite his instincts telling him so. This resulting in some hard prison time (hence the film’s title) for Bradley of which he rightly excepts his fate and pushes on. 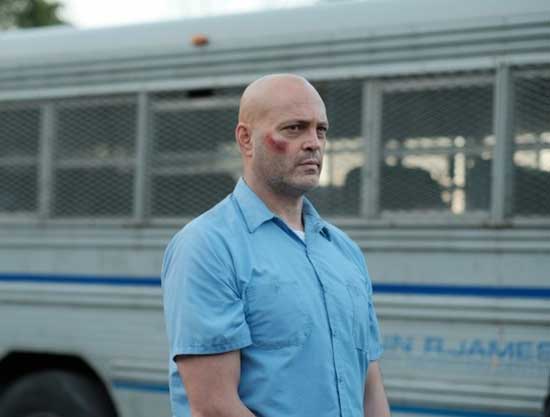 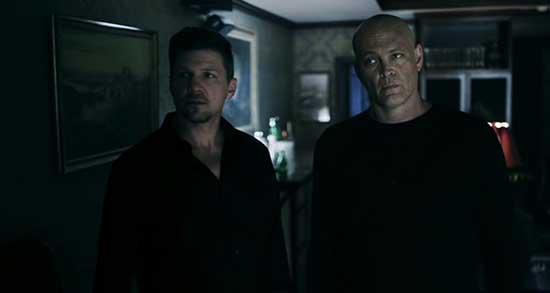 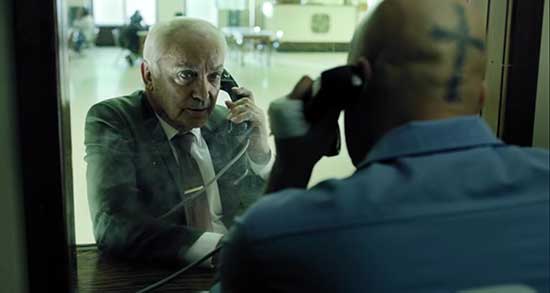 Now up to this point, Bradley has been presented as a smart, caring man who despite his occupation still hangs tightly to his moral code of ethics. A man of faith, a man of purpose and vision, Bradley seems almost content to accept his punishments for a job gone bad. This really is the prime turning point to this film. We learn that Bradley has done some forming boxing in his younger years which seems to be just enough of a skill set to hold his own thru prison time. Though what we don’t expect is that he had created enemies on the outside due to the botched drug run. This quickly results in an ultimatum forcing him to work his way to the worst side of prison facilities in quest of a task that threatens his wife and soon to be child.

Bradley is a unique character and unique performance by Vaughn. While the actor himself stands tall over 6 feet, we really don’t expect the level of combat fighting skills that he begins to unleash in effort of fulfilling his newly required task. Vaughn embraces his country boy background in the film combined with a unique fighting style that appears to take on groups of guards and inmates with almost no effort. Not to be mistaken as a martial arts film, or a hero film, this movie manages to present Bradley in a unique position that while invoking some serious pain also presents him as the one to root for.

The movie descends into darker tones bringing us to a final act that gives us some serious hardcore violence scenes (that you wouldn’t expect). The audience may be at odds with the level of violence vs the intended need that our character is forced to surface. This in itself makes this film unique, engaging and a good fit for hardcore action lovers. The tone and visceral elements of this movie elevate the film to something even more placing it in line with edgier more respected films delivered over the years. 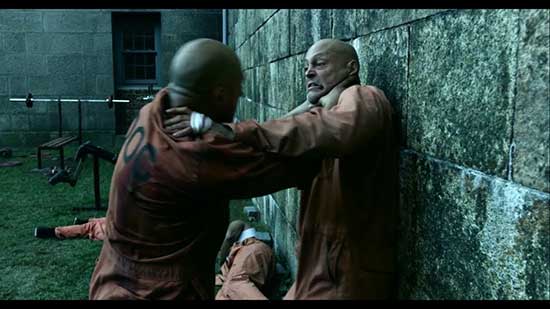 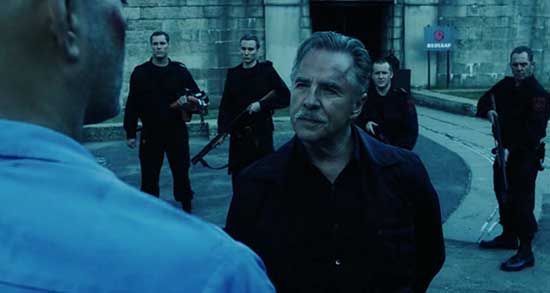 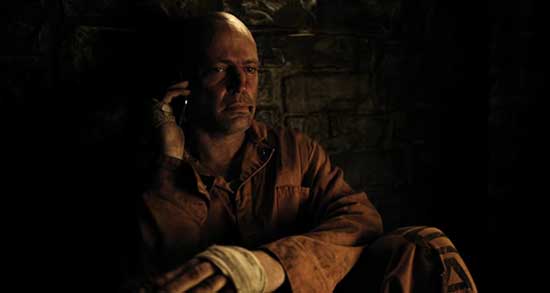 Anyway,you be the judge, I simply loved this film to the point that it will find many repeat viewings years later.

Brawl in Cell Block 99 (2017) has a great cast that gives great performances from Jennifer Carpenter and Don Johnson, though at the heart of this movie is talent Vince Vaughn who barely cracks a smile thru the whole adventure. Fans of Vaughn can rest assured that despite being non-comedic this round, he still manages to break a few cleaver wisecracks along the way (possibly even off script?).

I’m simply calling this a win! “Brawl in Cell Block 99” is a fantastically visceral joyride that may redefine Vince Vaughn as an action performer for future roles.