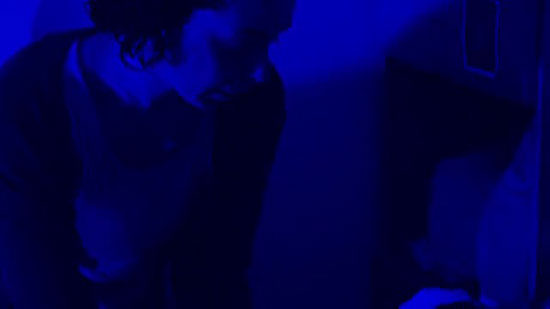 A SPECTER WHISPERS IN THE DARK is a short horror film that tells the story of a woman, who after her house is broken into, is forced to confront the demons of her past: childhood abandonment and adult betrayal.

More short films, kiddies! Today we have A SPECTER WHISPERS IN THE DARK, written and directed by Peter Dorn Ravlin.

A woman named Felicity (Kerri Ann Bourne)  has a strange person break into her house and leave an ominous message on her bathroom mirror in blood. She goes to the police but the detective (Ken Krauss) doesn’t believe her. Still, he agrees to have a patrol car circle through every hour to make sure nothing happens, and reluctantly Felicity goes home.

Her ex boyfriend Jacob (Steve Ritchie) shows up unexpectedly. Seems he was at a party at a neighboring house that got a little weird and was hoping for a ride home from Felicity. Instead, she offers to let him stay the night on the couch. With all the weirdness, she decides its better to deal with him than be alone.

So they hang out, play chess, and talk about the past. Eventually, Jacob heads for the couch. 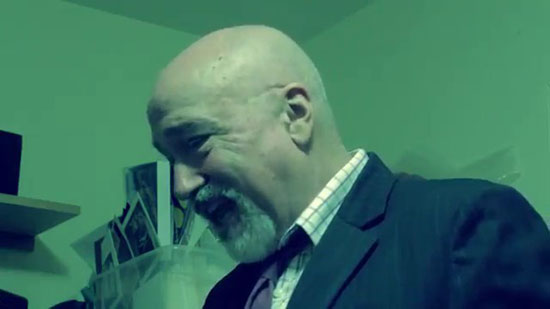 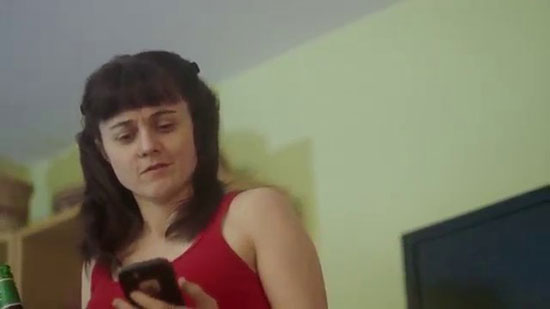 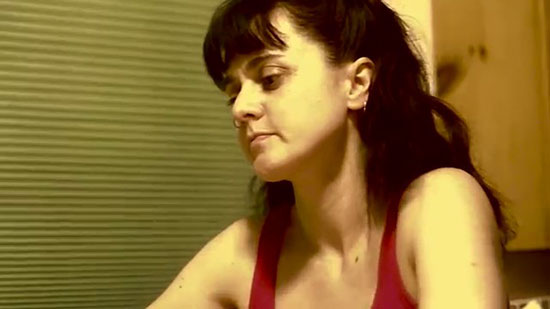 But there’s still a weirdo out there somewhere. Felicity doesn’t know who it is, or why she’s being targeted. How will this night end for them?

This was a really neat film. A bit artsy, no super gore, and it gets a bit slow. But the story does pull you in. I kept thinking I knew how it would end, and I was wrong. I like being wrong sometimes. This film really does keep you geussing.

Visually, some really nice stuff. I love the design for the stalker. Unique compared to how these things are usually designed. Overall, I would call this an interesting film to watch.

Using my special short scale of one to five, five being awesome, I’m giving this film 4 beers.