Greetings ghouls and ghoulettes, today we’ll be taking a look at the top ten best horror film anthologies of all time. With so many to choose from keep in mind that some of your favorites may not make the list, but I am certain that by the end of our journey you’ll be pleased with the compendium of horror that I have tirelessly collected for your pleasure. So let’s not stand on ceremony any longer let’s get bloody. Presenting the Top 10 Horror Film Anthologies

10- Body Bags (1993)
Starting out at the number ten spot we have the 1993 classic Body Bags, which was co-directed by horror film legends John Carpenter and the late, but forever great Tobe Hooper. Despite being produced for cable the film is pretty entertaining. The film also features cameos from Wes Craven, Sam Raimi, and Roger Corman and if that’s not enough to snag your interest Carpenter and Hooper don’t stop there. The film features a short story involving Mark Hamill receiving an eye transplant from a killer, predating the film The Eye by a decade and a very entertaining tale involving Stacy Keach, who receives more than he bargained for after a hair transplant. 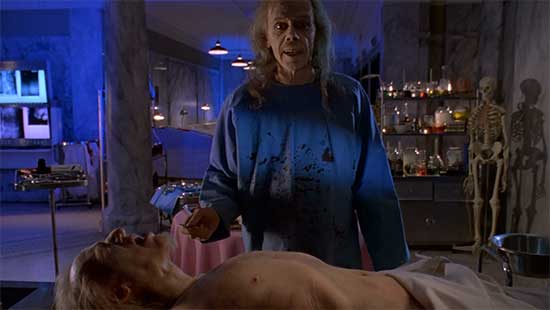 09- Kwaidan (1964)
At the number nine spot we have the 1964 Kwaidan, directed by Masaki Kobayashi. This anthology features four splendid supernatural stories. This film gives us an introduction to the themes and representations of the supernatural that have become a mainstay in contemporary Japanese horror films such as Ju-On and Ringu (known better to American audiences by their English adaptations The Grudge and The Ring). This collection provides us with a look into the world of ghosts, drawing us in with vibrant tales of curses that grip us at our core. 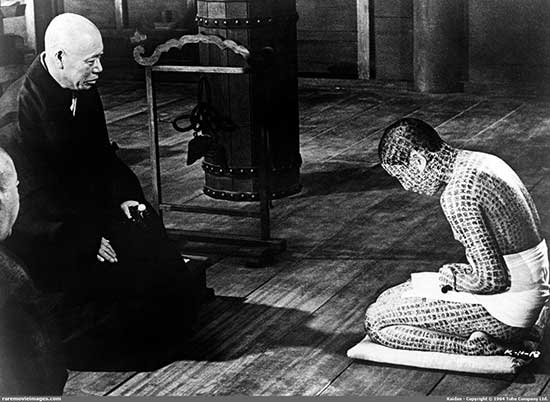 08- Night Gallery (1969)
The next spot on this list features the directing debut of the great Steven Spielberg himself and it’s the 1969 classic Night Gallery. Not only does this film serve as the directional debut of one of film’s mainstays, but it served as the pilot for television series of the same name and featured The Twilight Zone’s Rod Sterling as a writer and the host. We are given several shorts in this anthology ranging from a Nazi on the run in fear of justice, a man who sacrifices his sight to satiate his addiction, and a man driven to kill for his inheritance. 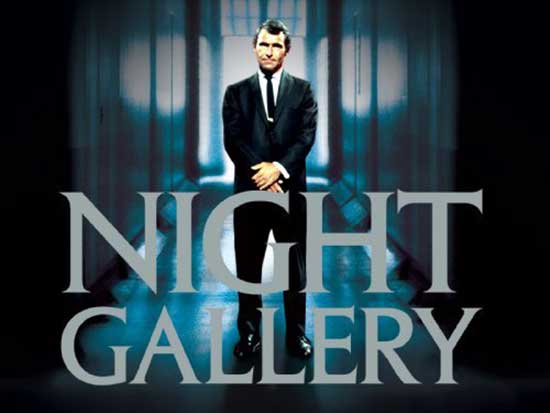 07- Creepshow (1982)
We’ve had some real powerhouses on this list, but this next one is really going to knock your socks off. Taking the seventh spot on our list is the popular 1982 classic Creepshow, directed by George Romero and written up by the master of terror himself Stephen King. This collection of short and chilling tales is a throwback to the 50s’ dime comics and gives us some real entertaining moments. We get a story about a murdered man who crawls from his grave to seek revenge, a man with a fear of germs forced to confront roaches, and a man haunted by his wife’s infidelity.

06- The ABCs of Death (2012)
We’re closing in now on the top five spots and it should come as no surprise at this point that we’re saving the best films for last. At the number six spot is a more recent addition to the horror genre. I give you The ABCs of Death. This film came out in 2012 and it garnered a little bit of a cult following, it had enough success that it even spawned a sequel. The film features twenty six shorts from different directors each assigned nothing more than a letter and instructions to create something that thrills and chills the audience. 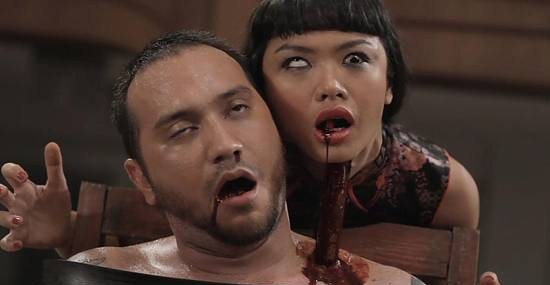 05- V/H/S (2012)
We’re in too deep now, and it’s far too late to turn back now. At the fifth spot on our list we have a film that spawned a number of sequels and has quietly gathered up a cult following of its own for those addicted to a good Netflix and chill session V/H/S, a film that is the collaborative effort of Adam Wingard, Ti West, David Bruckner, Glenn McQuaid, Joe Swanberg, and a number of other directors. This film features a group of thieves hired to steal a rare VHS tape from a remote home only for them to stumble upon a corpse and a lot of disturbing footage as they progress. For those eager to jump down the rabbit hole of the dark and disturbed this film is a must see. 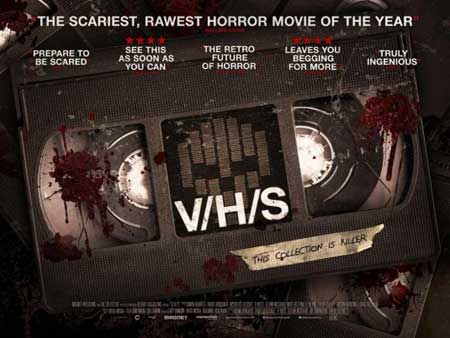 04- Tales from the Crypt (1972)
Coming at the coveted fourth spot on our list is a film that has spawned a number of sequels and is perhaps one of the most iconic anthologies in the genre of horror, the 1972 cult classic Tales from the Crypt. Directed by Freddie Francis and adapted from Tales from the Crypt and The Vault of Horror, this anthology features the polarizing and iconic Crypt Keeper, who plays host to a group of tourists lost in ancient catacombs and tells each of the poor souls their fate. The Keeper has become a mainstay in the realm of the macabre and the original film spawned a television series and a number of sequels each one following a similar plot as the original. This cult classic gifted us with one of the most iconic characters of all time and spawned an entire series of horror anthologies that gave later directors a chance to shine.

03- From Beyond the Grave (1974)
As difficult as it is to follow the Keeper on this list, the third spot in this collection of nightmarish stories certainly lives up to expectations. No list of terrifying tales would be complete without Kevin Connor’s From Beyond the Grave, from 1974. This British horror anthology is based on stories by R. Chtewynd-Hayes and features four tales of customers who meet grisly ends when they attempt to cheat an antique shop proprietor. Each story fills the viewer with dread at the impending doom that awaits the fools who might have cheated the antiques dealer, but couldn’t cheat karma.

02- Trick ‘r Treat (2007)
The number two spot is occupied by a popular anthology released in 2007, Trick ‘r Treat. This anthology directed by Michael Dougherty captures the spirit of Halloween with four interwoven tales with twists that fill the audience with terror, laughter, and disgust all in one sitting. Not only is the film deliciously campy it’s a refreshing throwback to the old horror comics of the 50s and 60s and even recaptures the magic some of its predecessors laid the foundations for years ago. Much like Tales from the Crypt, we’re even given an iconic and mysterious figure to guide us through the tales albeit in a more subtle way as little jack’o lantern-headed Sam shows us the dangers of not following the traditions of Samhain. 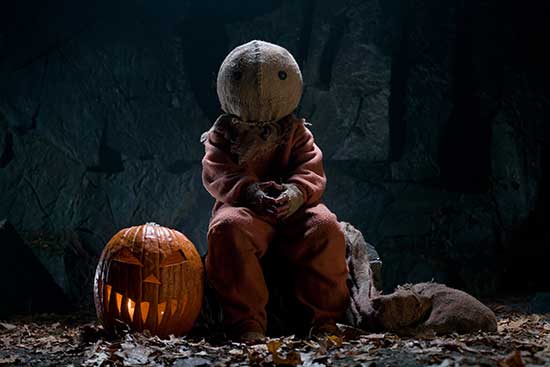 01- Twilight Zone: The Movie (1983)
Finally, we have reached the coveted number one spot on the list and your patience will be rewarded. The final spot on this list is occupied by Twilight Zone: The Movie from 1983, based off of the beloved television series that originally ran from 1959- 1964. This film taps into one of the most heavily praised horror series in history and it doesn’t disappoint. The original series is ranked by the Writers Guild of America as the third best-written TV series ever and TV Guide’s 50 Greatest TV Shows of All Time, ranked it as 26th on their list. This film is collaboratively directed by Steven Spielberg, John Landis, Joe Dante, and George Miller and it features four episodes leading with a racist who is transformed into a Jew during World War II and ending with a panicky plane passenger, who witnesses gremlins attacking his flight. 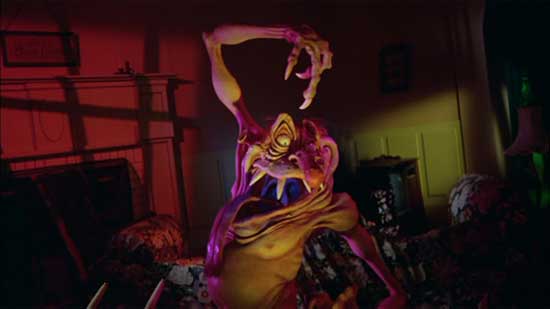 If you haven’t seen any of these nightmarish collections than you’ve been missing out. I hope you’ll take my advice and find some fuel for your nightmares in them. I hope you’ve enjoyed our journey together, we will meet again soon.