In a bold cinematic experiment, 26 directors from 15 different countries come together to present a collection of 26 shorts on the subject of death. Each director is given a single letter of the alphabet to use as a topic of their short. This is the ABCs of Death.

Entertaining. Provocative. Disturbing. The ABCs of Death is like the Twilight Zone on crack, a bing-bang-boom collection of horror shorts from 26 different directors from across the globe with varied results and diverse approaches to film. The movie is difficult to digest as a whole as the there is no narrative running through to tie them together other than the loosely defined topic of death itself. The result is a mixed bag of shorts. Some are horrific. Some are hilarious. Many are challenging. And a few are disgusting and demented. With an interesting premise and a handful of nuggets worth recommending, The ABCs of Death is a must see for most horror fans on what it sets out to accomplish alone. 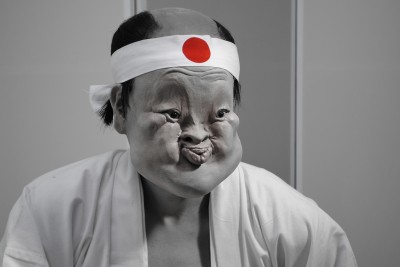 The ABCs of Death starts off strong with Nacho Vigalondo’s A is for Apocalypse setting up the Tales from the Crypt twist ending formula with a sense of macabre humor. From there on in, the results widely vary. The best of the batch capitalize upon the expectations set up by the initial story or conversely shock the audience with something totally opposite. Director Yûdai Yamaguchi brings in J is for Jidai-geki with a series of bizarre visuals that counterbalance the horrific act its lead much accomplish. Banjong Pisanthanakun sets up the audience with a romantic angle spoiled to the point of murder by a parrot that has heard too much. For Hydro-Electric Diffusion, Thomas Malling intertwines minimalistic and juvenile humor with anthropomorphic animals (a dog and a fox) with great effect with its tongue planted firmly in its cheek. Adam Wingard and Simon Barrett bring in Q is for Quack and Jon Schnepp delivers W is for WTF with comedy solely in mind, breaking the forth wall where the inclusion of death is the punch line. Each of these serve to liven up the film and, many times, resuscitate it when it seems the film may totally flounder into extinction. 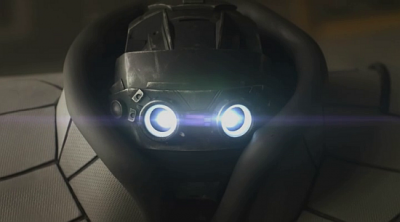 Other shorts take the proceedings far more seriously. Kaare Andrews directs an impressive visual entry with V is for Vagitus with a futuristic tale complete with Robocop style killer robots where its lead must make a crucial life-of-death decision. For U is for Unearthed, director Ben Wheatley presents a monster tale from the POV of the unearthed creature being chased by an unruly mob in a tale usually reserved for the staker not the staked. Jason Eisener, of Hobo with a Shotgun fame, deftly tackles a serious subject in Y is for Youngbuck having play out as a revenge flick while director Marcel Sarmiento tackles a similarly touchy subject with a serious, but artistic tone in his segment D is for Dogfight. Even if the humor is far less important than tone, art or message, these shorts manage to produce a similar, satisfying smile nevertheless. 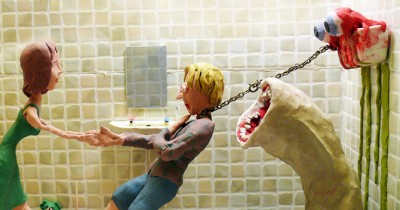 One short succeeds in hitting both previous examples in one and is an animated, claymation film to boot; T is for Toilet is a mini-masterpiece from Lee Hardcastle who won his spot in the film with a contest put on by the producers. His short concerns a young boy who is afraid of going to the bathroom. His parents struggle with his reluctance and the boy fantasizes about his fears. The short is poetic in its display and is, surprising, one of the goriest of the batch. It also nails the EC comics ending better than many of the other entries. It ends up being the highlight of the film. It captures best what the entire concept has to offer. 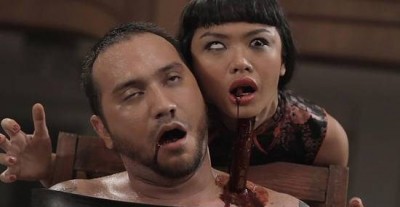 On the other end of the spectrum are films like Ti West’s M is for Miscarriage which comes across lazy and unimaginative, hitting the audience over the head with its joke like a blindly swung hammer. Andrew Traucki has similar luck with his short, G is for Gravity, which has an interesting premise but fails with its execution lacking any empathy, sympathy or emotional connection to its character whatsoever cheapening its outcome entirely. Bruno Forzani and Héléne Cattet take the prize for the most artsy-fartsy segment with O is for Orgasm which takes far too long to say much of nothing. Other entries are more disturbing than entertaining such as Timo Tjahjanto’s L is for Libido which gets far too uncomfortable to be enjoyed – which is likely the point – and Yoshihiro Nishimura’s Z is for Zetsumetsu which is far too silly and uneven to succeed as a whole; it is also, regrettably, the last entry leaving the film with a bad taste on its palette. 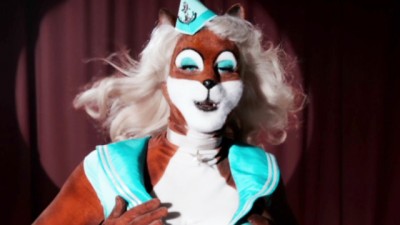 The ABCs of Death is a truly unique beast, inventive and clever. It is a remarkable achievement in film with its similar yet diverse, both in tone and in culture, approach to its subject. There will likely never be another film like it. Even though the film is uneven and a mixed bag at best, it is full of memorable and affecting imagery. Enjoyment will depend on how many succeed for each viewer and how offended they will be by some of the more boundary-pushing entries. No subject matter is left untouched it seems. If nothing else, The ABCs of Death is at its strongest and most impressive with its promise of what is to come, the talent, imagination and courage of its directors. It serves to introduce its audience to 26 directors that are likely to shape the future of horror in the coming decades. Sadly, the film is undone by its own contrivances; the film lacks a narrative with each short diversely unrelated to the next and the shorts don’t necessarily play out best in the alphabetical order presented. Still, love it or loath it, The ABCs of Death is recommended viewing; it must be seen to be believed.