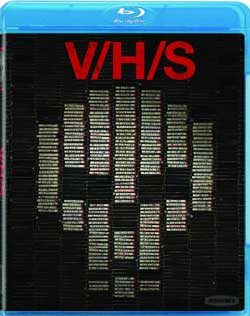 When a group of misfits is hired by an unknown third party to burglarize a desolate house and acquire a rare VHS tape, they discover more found footage than they bargained for. 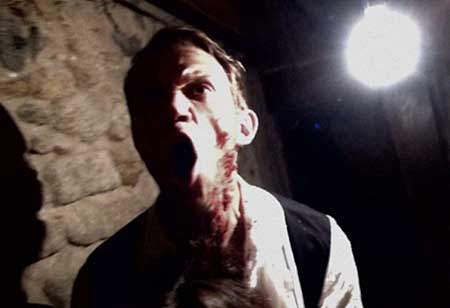 When four friends are confronted with the idea of making a big payday, by breaking into a house and stealing a VHS tape, they do so with a happy demeanor. Little do they know what is in store for them. This “wrap-around” piece features decent performances from a few faces that may be familiar to genre fans. After the men break into the house, they split up in search of the specific tape they need. The camera stays in a room filled with TV’s and tapes, as each of them watches one video after another. As each video is popped into the VCR, the audience watches that story unfold. When they come back to the house at the end of each tape, the room is always slightly different, offering a strange feeling of uneasiness. While this is not necessarily scary, it helps to keep the viewer uncomfortable between viewings.

The first tape features a group of young men trying to score with girls they meet while bar hopping around town. One of them has a pair of spy-glasses on, that record everything he sees. When they get back to their hotel room to record their sexual conquest, things start to become awkward and strange. This segment does well by disregarding the idea of “Why doesn’t he drop the camera?” With the device being stuck to a character’s head, it keeps the audience engaged without questioning motives. 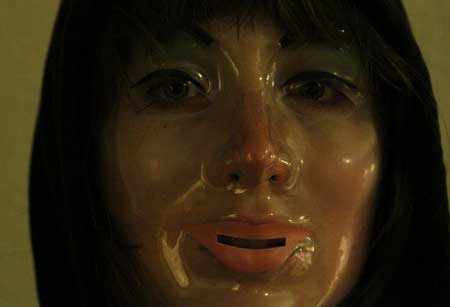 The second story is the most “slow-burn” of the bunch. This is the piece that Ti West directed, and it is easy to tell. While his filmmaking style is really scary and amazing, it is hard to get across in short form. It is hard to say that this piece would be “weak,” but it is at least one of the least exciting of the bunch. Most of the other filmmakers go for visually striking scares, while this one is a bit old school.

The fourth tale takes place over Skype. Without giving much away, this one really sticks to a strong script. If one watches closely, almost everything spoken between the two characters during calls gets referenced near the incredibly unexpected ending. 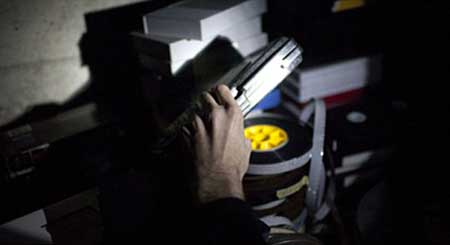 Before the last tale, the wrap-around story ends. While having some slight scares between the other tales, the final visit to the four burglars gets really exciting, and shines.

The last tale is, arguably, the best. Radio Silence directed a piece about a group of guys who go to a Halloween party at a haunted house that turns out to be actually haunted. Some great effects, camera work, and strong performances help this to stay fresh throughout. It also has one of the best endings present in the film. 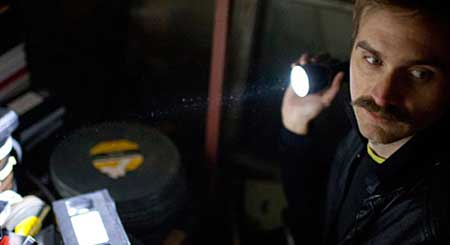 Some of the pieces are stronger than others. This film does not reinvent the found footage genre, or the anthology presentation. What it does though, is deliver one heck of a fun time for genre fans. The film is not very accessible to non-horror fans, but it does not want to be. It does offer a bit of material to think on after the credits roll. This was a movie by horror fans, for horror fans. It succeeds at what it is supposed to do: it entertains, and more importantly, it scares the audience.