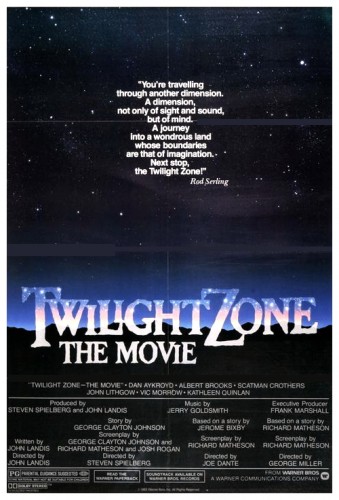 SYNOPSIS:
“Four horror-science fiction segments directed by four of Hollywood’s famous directors based on TV’s most popular anthology series, bookened by a funny and scary prologue and epilogue. In the first story, a loud-mouthed bigoted businessman with an intense hatred for Jews, blacks and Asians gets the tables turned on him when he walks out a bar and is inexplicably transported back in time to being pursued by Nazis in 1940s France, then as an African-American at a KKK rally in the 1950s Deep South, and as a Vietnamese in 1960s Vietnam. In the second story, an old man arrives at a retirement home and makes the wishes of the residents come true when he magically transforms them into youthful incarnations of their days gone by. In the third story, a young woman on the road gives a ride to a mysterious ten-year-old boy to his house and ends up trapped with other people in an alternate reality created by the boy’s imagination. The fourth story features a passenger on an airline who sees, but cannot convince anyone, that a mysterious creature is on the outside wing of the airplane trying to sabotage the aircraft.” (courtesy IMDB)

REVIEW:
It is difficult to analyse Steven Spielberg‘s appeal. It’s as if he has somehow produced all the films Walt Disney should have produced and did not, but they are more thoughtful, sharper, less marshmallowy and, most of all, both wry and tender. In fact, Spielberg has often testified to his early and continuing devotion to Disney movies. The sentimental side of Spielberg’s filmmaking, only just controlled in E.T. The Extraterrestrial (1982), finally overbalanced in his contribution to the anthology homage to the popular television series Twilight Zone The Movie (1983) which he also co-produced. Since Rod Serling‘s classic anthology series is still seen in syndication around the world and has been periodically released on VHS, DVD and Blu-ray, there was no real need to make this movie, particularly since the four stories are remakes of old episodes that still hold up very well.

But I can’t be too harsh with the filmmakers because Spielberg, John Landis, Joe Dante and George Miller loved the show when they were kids and sincerely wanted to pay homage to it and its creator. But, as anyone could have predicted, while their segments are better made than the originals, they aren’t necessarily better. The feeling of the original series is missing, as is the late great Serling as host and narrator. Burgess Meredith, who starred in four of the original episodes, narrates but does not appear onscreen. Furthermore, the filmmakers have altered the stories, changing the themes to fit more modern times. Overall Twilight Zone The Movie is a little disappointing but it does have a marvelously effective prologue directed by Landis: “Do you want to see something really scary?” asks a hitchhiker (Dan Aykroyd) to the affable fellow (Albert Brooks) who has given him a lift, and proceeds to show him. 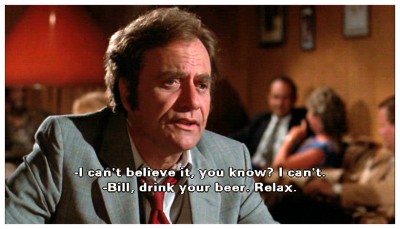 The first segment, also directed by Landis, takes its inspiration from several original stories, most notably A Quality Of Mercy, and concerns a racist man (Vic Morrow) who himself becomes a victim of racism. After going into a bigoted rant, he’s taken on a nightmare trip through time: He’s seen as a Jew during the Holocaust; as a Negro about to be lynched by the Ku Klux Klan; and as a Vietnamese attacked by US soldiers during the Vietnam war. It may be overly simplistic and moralistic, but it is also the most reminiscent of the original series. Unfortunately, while filming the segment, Morrow and two young child actors were sadly killed when an out-of-control helicopter fell on them. Director Landis was put on trial for manslaughter and was found Not Guilty on all counts, but knowledge of the event makes it difficult to appreciate the segment on any level, and also explains why the segment concludes so abruptly. 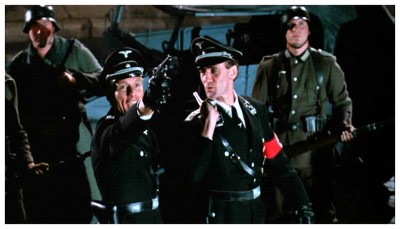 Originally, Spielberg had chosen to remake It’s A Good Life as his segment but changed his mind at the last minute and handed the story over to Dante to shoot. Instead his contribution was a remake of Kick The Can, a whimsical sentimental tale of a mysterious stranger (Scatman Crothers) who changes the lives of a group of old folk in a nursing home and teaches them how to become children again. Wordsworth would have known better than this, but Spielberg apparently didn’t, and the story is not only saccharine sweet but untrue to the uniqueness of childhood that Spielberg had established in films before and since. The decision of the newly reborn children to return to old age, knowing that childhood still exists within in them, is not true to the original story. 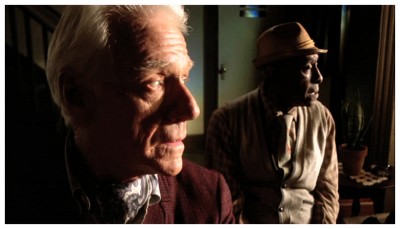 Joe Dante was approached by Spielberg and Landis to take charge of one of the segments, and was assigned to remake the classic story It’s A Good Life written by Jerome Bixby, which results in a technically innovative and constantly alarming tale of a not very nice little boy (Jeremy Licht) with appalling god-like mental powers: He makes cartoon monsters come to life and could end the entire universe if he felt so inclined. Working closely with scriptwriter Richard Matheson, Dante updated the story by setting it in a cartoon-like world of Technicolor surrealism with an eye-popping climax. At the end of the original episode the boy completely controls a town with fear, but the end of Dante’s updated liberal version states that even a boy capable of such terrible deeds wants help, needs sincere friendship and prefers guidance from a schoolteacher (Kathleen Quinlan) to being a spoiled brat. Special praise should go to the cartoonish design, as the boy creates a world that corresponds to what he’s seen in cartoons. 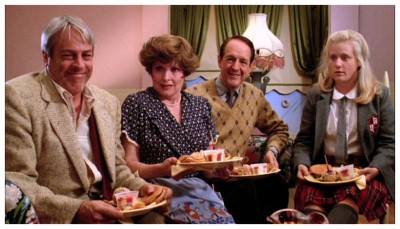 It’s only natural that with the international success of Mad Max II The Road Warrior (1981) that director George Miller should find offers of work in Hollywood, although his involvement with Twilight Zone The Movie was almost accidental. While in Los Angeles, Miller was visiting Landis and sat-in on a meeting with him and co-producer Spielberg. It was casually suggested that Miller direct one of the segments for the film. At first Miller thought the two were joking and then realised they were serious. Miller agreed and was assigned the remake of one of the most fondly remembered episodes of the original series: Nightmare At 20,000 Feet. 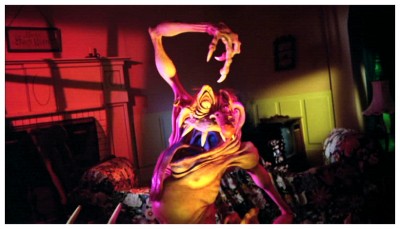 This now-famous story concerns a nervous passenger (John Lithgow) on an aircraft who can see something very nasty on the wing, unseen by everybody else on the plane. Because the audience can see it too, we are skillfully sucked into the centre of his ludicrously spiraling paranoia. It is no longer necessary to identify the character as a mental patient, it’s actually scarier that no one will believe a perfectly sane man. When Twilight Zone The Movie was finally released to generally luke-warm reviews, it was George Miller’s segment which garnered the most praise. A heady blend of nightmarish special effects (Craig Reardon‘s spiny monster is genuinely disturbing) and a powerful central performance by the splendid John Lithgow, Nightmare At 20,000 Feet remains one of the most claustrophobically terrifying sequences ever committed to celluloid, and a telling example of Miller’s understanding of the plasticity of the film experience. 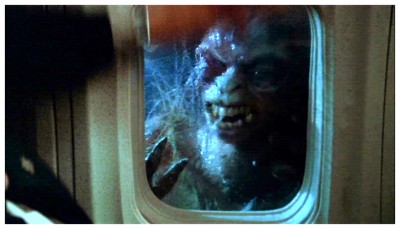 But such a motion picture could not have been produced in the early eighties without Spielberg’s involvement, and his technical expertise – combined with his seldom erring instinct for mythologies that keep their power in the secular world – has worked miracles both commercially and aesthetically for almost half a century and is still going strong. It would be no surprise at all if his future accomplishments were even greater than those in his past, for he is thoughtful, extremely talented and tries very hard to remain true to his vision. It’s with that thought in mind I’d like to politely remind you to please join me next week when I have the opportunity to sterilise you with fear during another terror-filled excursion to the dark side of Hollywood for…Horror News! Toodles! 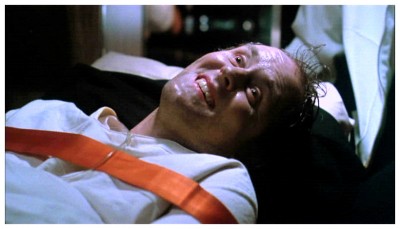