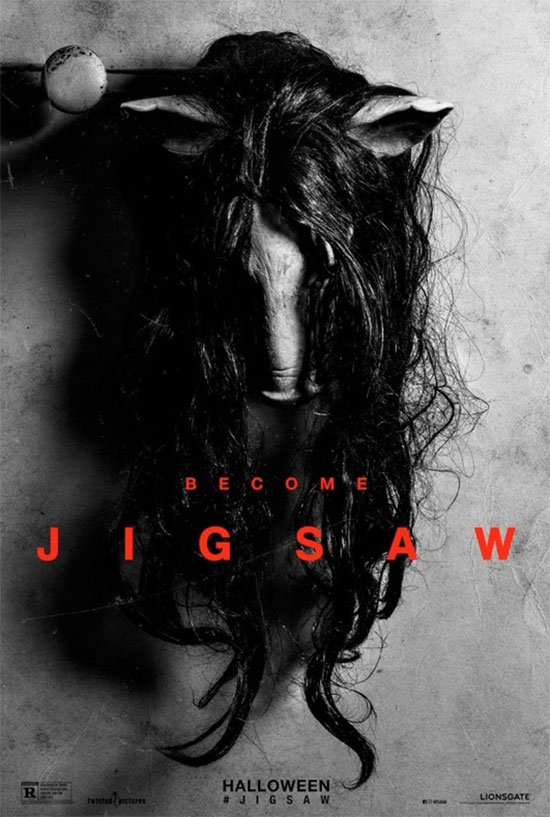 When a serial killer claiming to be the dead Jigsaw murderer starts leaving bodies throughout the city, Detective Halloran and Medical Examiner Logan Nelson are tasked with finding out if the notorious madman is truly dead.

Jigsaw is the eighth entry into the long running torture film franchise Saw. The law of diminishing returns is at work here, but there are some smart moves that directors Michael and Peter Spierig (upcoming Winchester 2018) and writers Pete Goldfinger and Josh Stolberg (Piranha 3D 2010) employ to try and mitigate the fading audience interest. While there’s nothing new here, decent acting and a well-paced story keep things from getting too tiresome. 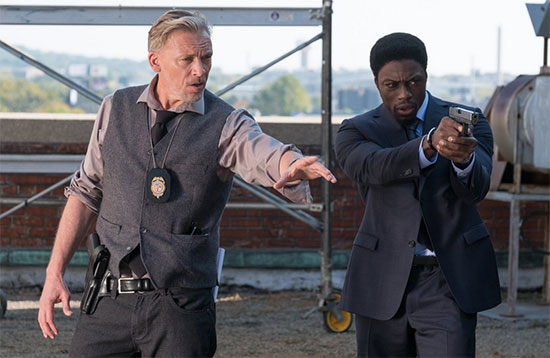 Series icon Tobin Bell (Manson Family Vacation, The Flash series 2016) returns for a few scenes as serial killer John Kramer, and provides enough voice-over work to solidly tie the film into the franchise’s atmosphere. Australian actor Matt Passmore (Is That A Gun In Your Pocket? 2016) does a serviceable job as medical examiner turned reluctant investigator Logan Nelson, and Hanna Emily Anderson (Lizzie Borden Took An Axe 2014) is on hand as the attractive former intern Eleanor, who has a penchant for the dead John Kramer. When corpses suffering from Kramer’s signature wounds start showing up, Detective Halloran (Callum Keith Rennie, Warcraft: The Beginning, Fifty Shades of Grey) enters the fray to throw everyone in suspicion as potential Kramer copy-cats.

Passmore does a fine job playing a standard good guy for the majority of the film, but Anderson isn’t handed anything more than a “look pretty” faux-femme fatale template to work with. Rennie struggles with a character who is portrayed as alternatingly a hard-ass and a crooked cop, and is never given a chance to meld the two facets into something that would be believable. 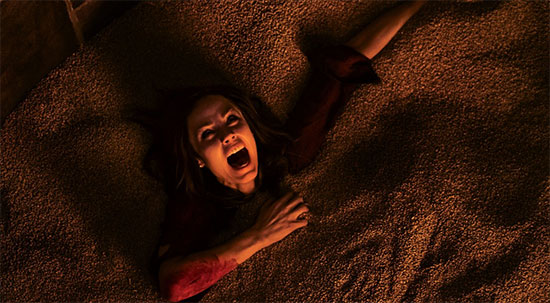 Parallel to the hunt for Kramer’s copy-cat, viewers are treated to four unfortunates’ trips through one of Jigsaw’s set ups. Paul Braunstein (The Thing 2011, Black Mirror series 2017) plays the middle-aged narcissist of the victim pool, and probably has the best role, as a range of regret and irritation is on display in Ryan. Brittany Alan () plays Carly, the group’s apparent shining knight, who comes across as overly judgy and short on alternative plans. Laura Vandervoort plays Anna, the wispy panicker of the pack, whose onscreen death is a great relief, given how much screeching they have her do. Rounding out the victims is Mitch, played by Mandela Van Peebles (Mario Van Peebles son, Baadasssss!, Roots series 2016), who does well enough, but the slight role provides for slight personality.

The Saw series generally promises two things: a twist at the end, and gruesomely creative death machines. Jigsaw has an adequate twist, though this reviewer saw it coming in the first twenty minutes, so mileage may vary. The real weakness in the formula comes in the shape of the death machines. The main newcomer is an indecipherable spinning red cone of some sort. While it looks like heated metal, it apparently is a blade, or at least that’s what its effect appears to be. Either way, its function is neither immediately apparent nor adequately explained, making it a real dud. 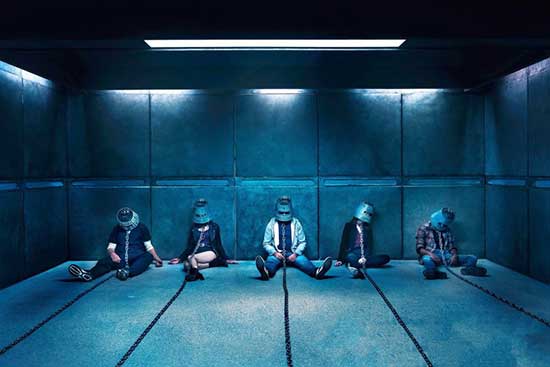 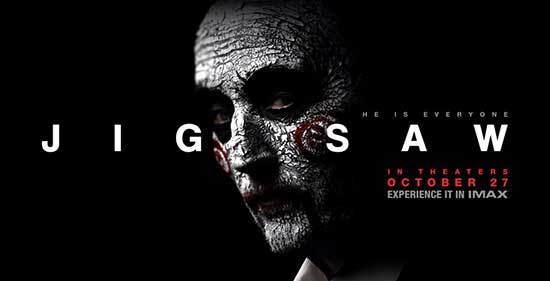 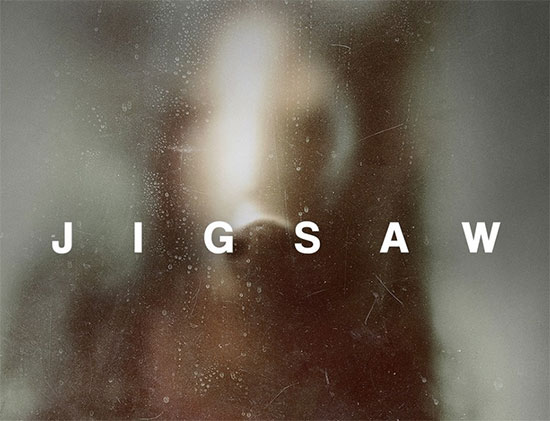 The script, too, suffers shortcomings, specifically in the dialogue that’s handed to a cast full of stock characters. Anderson’s character, while admiring a Jigsaw death-machine, actually uses the black-balled phrase “Isn’t it beautiful?”, which falls as dead on the floor of the set as the requisite bodies. However, the plot remains well-crafted, if not original, allowing for the occasionally faulty dialogue to be forgiven. The plot’s return to small casts and evil games of narrow scope, too, is a welcome comeback for a franchise that over-extended itself in previous iterations. 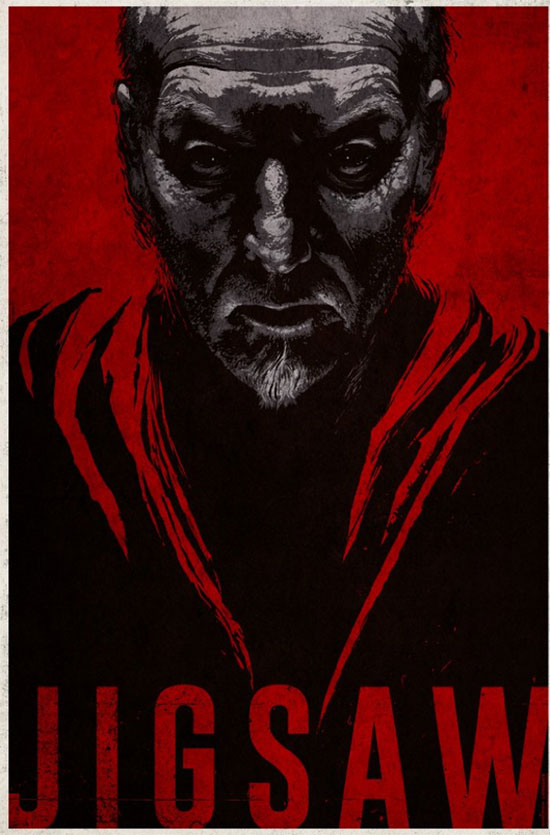 Overall, Jigsaw provides enough impetus for viewers to keep going until the end, though it isn’t likely to be a trip they’ll remember over the long haul. If you’re a fan of the series, give it a rental, but for newcomers, start with the far superior Saw II as a way to wet your feet.