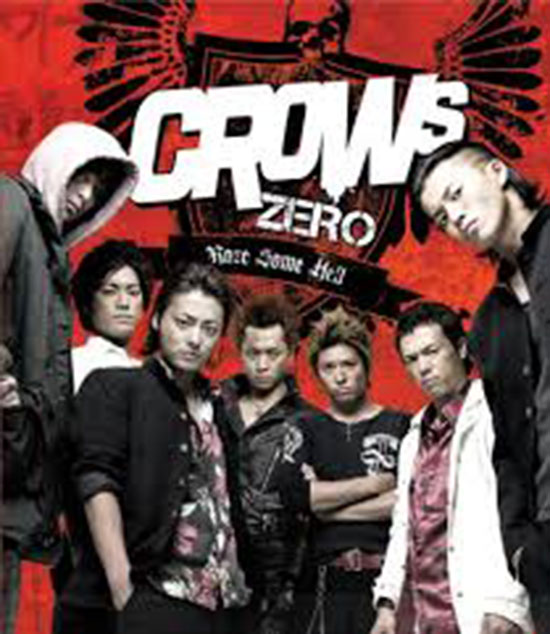 A transfer student attempts to take over the most violent high school in the country, whose students form factions and battle each other for power.

Right up front, I should be honest and say I am not the audience for this movie. That is to say, I’m not a fourteen year old boy. That’s not necessarily an insult. Plenty of my favorite movies became so precisely because they fed into my ego-driven teenage fantasies of how I saw myself. I was attracted to morose indoor kids lacking social skills but brimming with hidden artistic genius and great taste in music. For others, there were swaggering action stars rippling with muscles and attitude. We all find ourselves through film in our own ways.

Set in a dystopia where teenagers run amok and adolescent turf wars determine the city’s fate, Crows Zero is the aspiring bad boy’s wet dream. Suzuran is only a school in the loosest sense of the word, in that it’s a building that houses children during the day. Any hint of academia is long gone from the halls of the all-boys institution though, as there isn’t a teacher in sight and the school seems to be run by various gangs divided by grade. Suzuran doubles as a recruiting pool for the yakuza, so bad behavior is almost like building a resume. 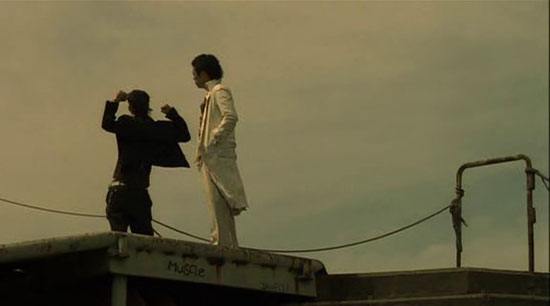 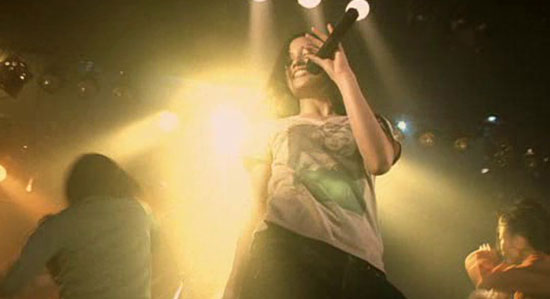 New student Genji is keen on becoming class president, but before he can get there he must ascend through the ranks of class leaders (that is, kick all the ass) before squaring off with the toughest guy in school, Serizawa. All the while, the local gang lords (including Genji’s father) are watching to see who comes out alive.

This was a tough one to sit through. I love Takashi Miike’s work, but I’ve purposefully stayed away from his fighting movies because it’s just not my thing–I’m deathly allergic to macho dudebro posturing. Plus, the two-hour runtime is a pretty big turn off. But the film’s biggest problem is that it’s lopsided. The first hour is pretty fun, with big acting and the outrageous potential of the material stretched to its breaking point. But at some point the film starts taking itself very seriously, as if suddenly realizing the consequences of thug life.

What could be called a leisurely pace is slowed to a dead crawl as somber men in black suits discuss the goings on at Suzuran and schoolboys in leather jackets brood on rooftops like Batman. These guys don’t travel in groups, they move in hordes, every class leader making his entrance flanked by his own personal army of hooligans. And yet, all the while, one can’t help but picture these boys five years from now, in college, talking about that one really weird summer they got caught up in a supernatural turf war. 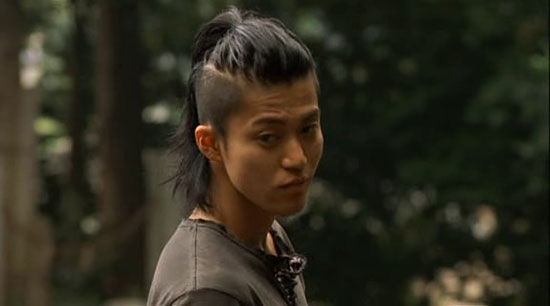 Anytime I’m stuck in a movie brimming with testosterone, I like to entertain myself by playing a game of “spot the subtext,” where you look out for hints of not-so-hetero motivations inside a supposedly macho flick. Let me tell you, this one works almost as well as The Lost Boys. Any casual otaku can easily recognize the tropes of shojo and shojen, so imagine all the theatrics of shojo with all the set dressing of shojen. It is a spectacle. Scenes play out like manga panels, with the ever-expanding cast of moody characters only identifiable by their hairstyles–some of them truly terrible, even by punk standards. Emotions are displayed either through furious violence or stony yet meaningful looks. There is a girl thrown in the cast for flavor, but even the word “forgettable” is too good for poor Ruka. At the end of the day, this is the boy’s room, and the grab-ass going on in here is explosive. 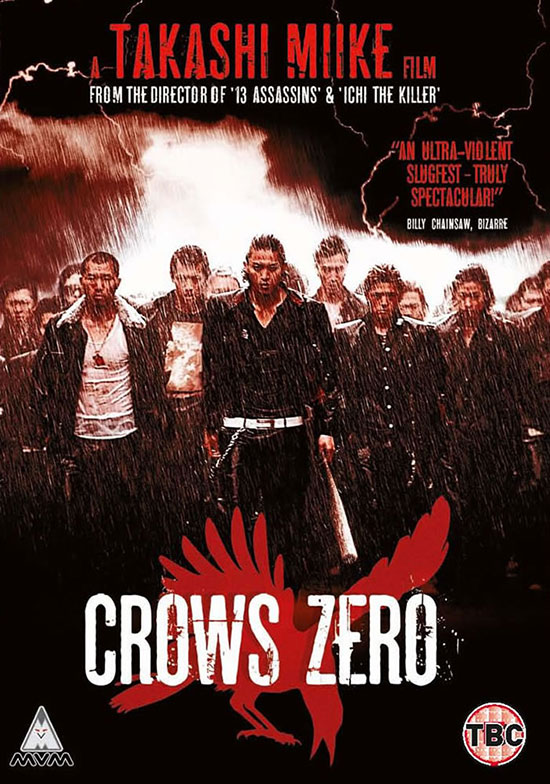 For as much as I personally didn’t enjoy the movie, there is plenty to appreciate here. It is Miike, after all, so there’s bound to be some fun thrown in somewhere. One fight scene in particular will live in infamy for its pure insanity. Genji single-handedly squares off against an entire class, who predictably beat him to a pulp. But Genji, superstar that he is, keeps fighting with broken bones, landing solid hits as he waves his useless limbs like an electrocuted zombie. Miike’s trademark sense of humor sneaks in like that now and then, but not nearly enough for my tastes. 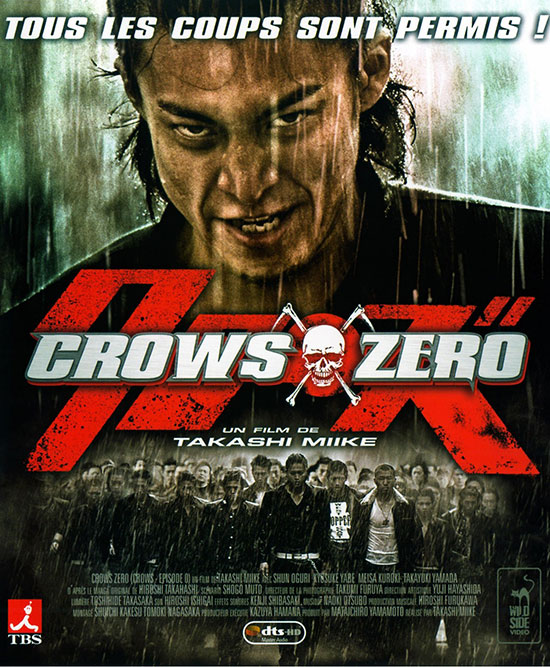 Crows Zero spawned two sequels, a spinoff manga series (not to be confused with the manga it was originally based upon), and a video game with another reportedly in development. If you like the stylized action of Scott Pilgrim but hated all the self-awareness, this is the movie for you.