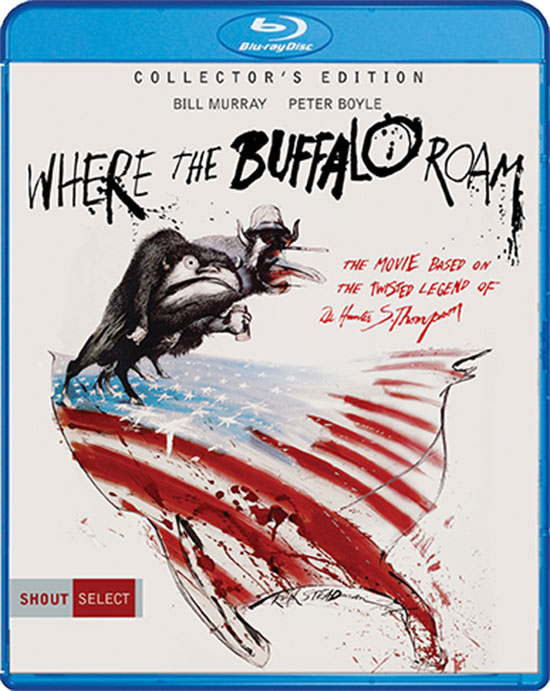 Semi-biographical film based on the experiences of gonzo journalist Hunter S. Thompson.

A very strange man portrayed in a very stage film, we are talking about out none other than super journalist Hunter S. Thompson played by Bill Murray in the 1980 cult classic titles: “Where the Buffalo Roam“. 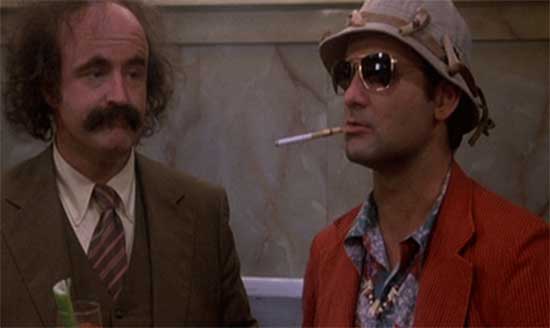 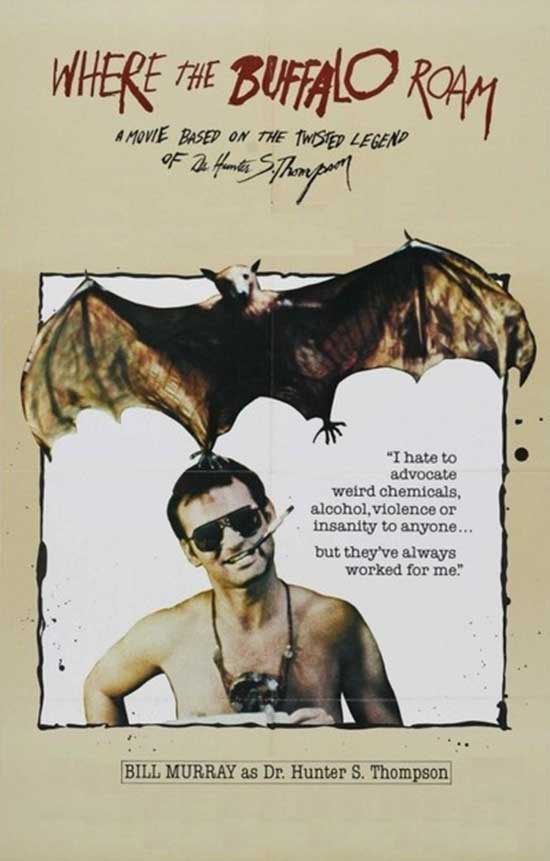 Now when I say strange I’m not talking David Lynch strange, but rather a film that is rich in episodic mishaps much like the ryhtmn of the movie “Catch Me If You Can”. The film is centered in the 1970s when journalist Hunter S. Thompson first came to notoriety and fruition. The film “Where the Buffalo Roam” attempts to feature Hunter in an autobiographical sense combined with Bill Murray’s humor. This makes for a film, that while sometimes hard to follow, is really following the exploits of this cultural figure who became a voice for his generation. Called by the nick name of “Gonzo”, Hunter was an unique individual who lived life under his own terms and agenda. The film glorifies these aspects by making comparison between his lifestyle choices, his public persona, and a smattering of circumstances played beautifully under Bill Murry’s lax-easy-going-calm-intense style. Often Hunter is seen holding a drink, indulging in drugs or simply floating thru life under the paychecks of his generous publications. 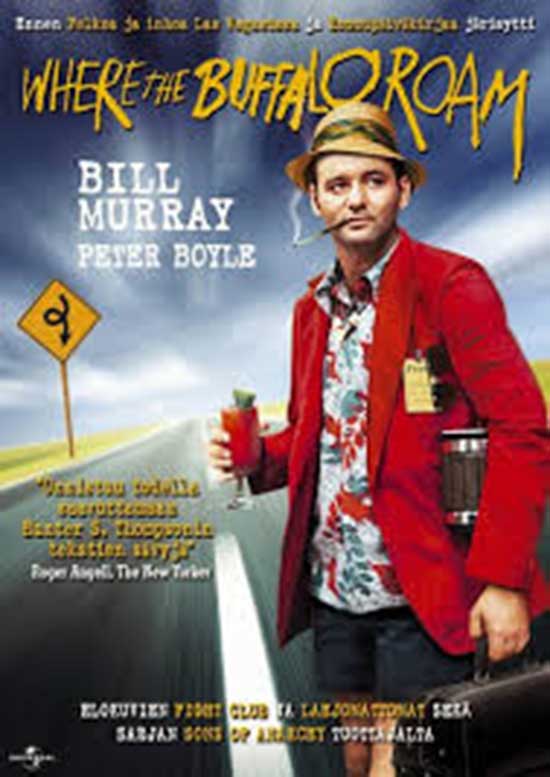 In other words, he lived life fully while doing so in a casually self indulgent form of existence. Hunter, considered a brilliant writer for his times is often seen holding a recorder of which he would free form his thoughts. Thoughts that would undoubtedly end up as the criteria for his journalism submissions.

Politically minded, hunter provided a voice of concern that resonated with his followers. Hunter was admired for his knack for speaking the truth setting the basis for Bill Marray’s whacky performance. Now this review might sound a bit like someone simply describing a cultural figure in itself, however it was thru this film that I really learned about this 70’s icon. It was “Where the Buffalo Roam” that bridged further investigation into the realities of this man’s tale. Shortly thereafter I was dining at a Hard rock cafe restaurant and noticed the typewriter used in the film where Hunter had taken out his frustrations by shooting it. 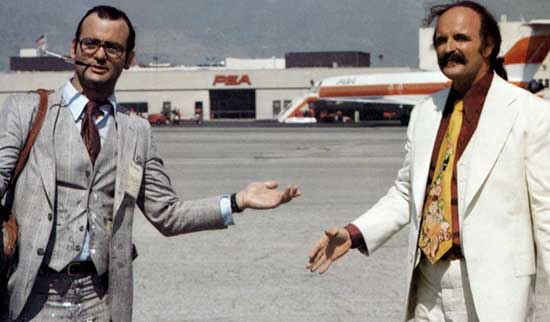 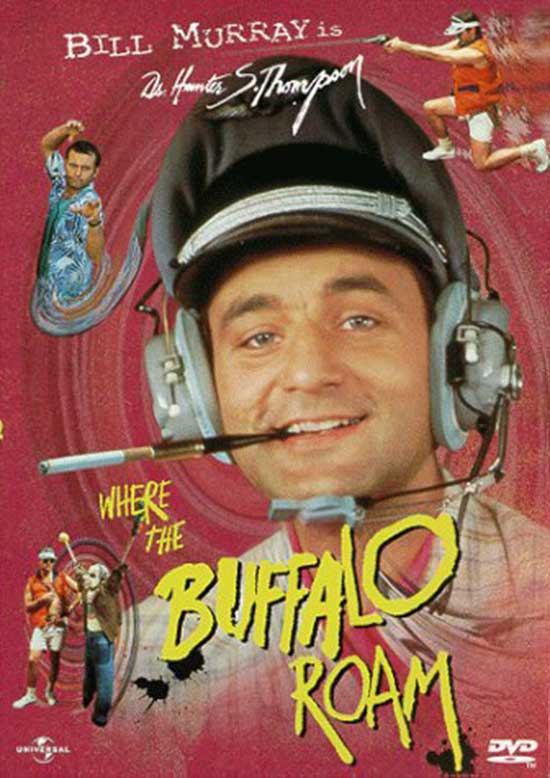 The film takes us thru Hunter’s adventures often at times with his attorney Lazlo, (Peter Boyle), a central figure in his life. While Hunter is the main focus of this film, it seems more intended for showcasing his relationships with others along the way. We are served up Hunter’s Nixon quirks, the super Bowl ticket-giving incident, his drug smuggling run-ins, and his college lecture circuit oddities. It’s just a fun look at the man’s reckless but self serving lifestyle.

Where the Buffalo Roam is a fun film, and at times wildly entertaining. It is a movie that can’t escape it’s 80’s influenced style that projects right in line with all the other “John Hughes-esque” releases being churned out at that time (or at least Caddyshack-driven). However, it is a cult film in that is just odd and quirky most of the time to make for a unique experience (A film that perhaps some may have not even realized was based on a real individual).

Now for those looking for a psychedelic film that explores more into his mental mind set packaged into a hallucinatory wrapping, you’ll want to check out the movie “Fear and Loathing in Las Vegas” that is more in line with Hunter’s writing. 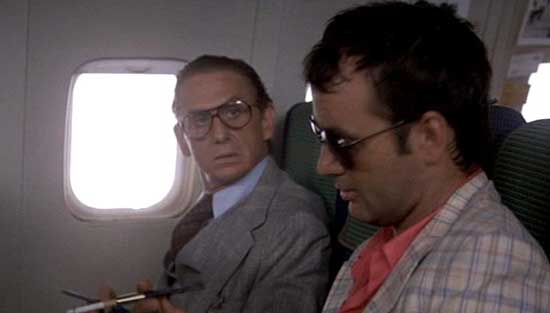 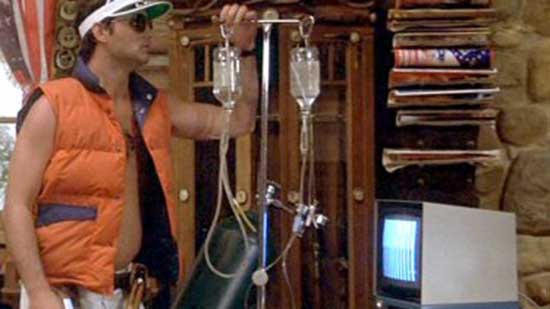 Give this one a go! It is worth for the story but also for the laughs, the time period specifics and the characters themselves.

After watching the film, I made it a point to check out a few live interviews featuring the “real life” Hunter S. Thompson. It was from these interviews that Murray’s performance shines (often playing Hunter and his vocal style dead on). Hunter himself who projects an almost shy presence made interviews somewhat odd projecting his mumbled nervous vocal tone under a fidgety opinionated projection that really was at odds with his very strong writing style. It was this conflict of voicings that makes him quite unique to his art and persona.