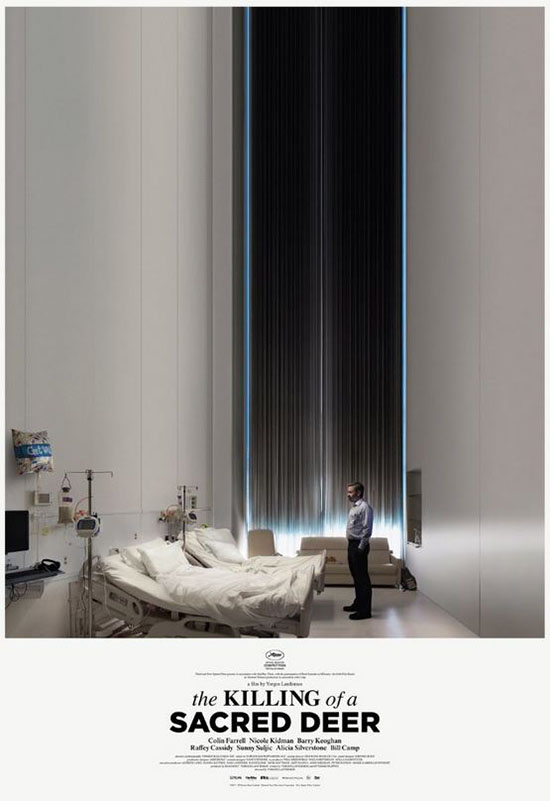 A teenager’s attempts to bring a brilliant surgeon into his dysfunctional family take an unexpected turn.

With films like Dogtooth and The Lobster in his stable, Yorgos Lanthimos likes to push his audience to understand and get beyond the parameters of their comfort zones. In doing so, he draws you in and then seemingly keeps you at an arm’s distance. Take, for example, The Killing of a Sacred Deer. Ostensibly, it’s a thriller, a house invasion movie, a horror if you’re so inclined, but it’ll also be a test of patience to some. Lanthimos plays with his audience like a kitten with a ball of yarn. Once we think we have a grip on where he’s taking us narratively, he casts us aside to somewhere else. 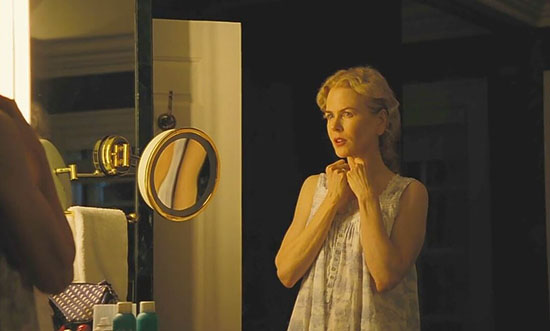 Colin Farrell plays Steven Murphy, a cardiothoracic surgeon with a loving wife, Anna (Nicole Kidman) and two children, Kim (Raffey Cassidy) and Bob (Sunny Suljic). They live a perfect life in a perfect house. They eat perfect meals and have perfectly bland conversations about haircuts. The only hint of something unusual in their day-to-day lives is Anna and Steven’s parlor games, when the former pretends to be an anesthetized patient for the sexual gratification of the other. But then, who are we to kink shame.

No, the trouble that brews for Steven’s family lies outside their peripheral vision. Steven meets regularly with a morose teenager called Martin, in a stand out performance by Barry Keoghan (Dunkirk), buying him presents and taking him out for burger and fries. Martin’s backstory changes depending on who Steven introduces him to, but the conclusion is always the same: Steven feels sorry for Martin and feels a need to look after the youth. A sexually intense encounter with Martin’s mother (Alicia Silverstone), set up by mother and son, leads Steven to reconsider his good Samaritan ways. This does not hold water for Martin who puts a curse on his new father-figure’s family. To lift the curse, Steven only needs to do one thing, one horrible, unthinkable thing. 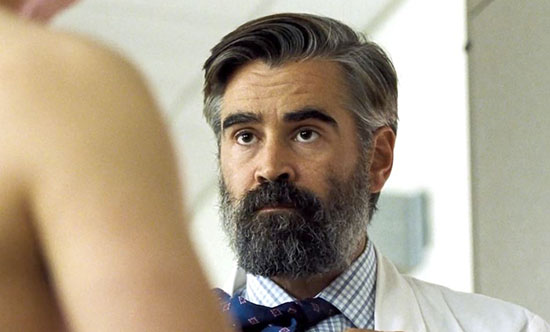 Starting off sterile and unemotive, The Killing of a Sacred Deer immediately puts a wall between the audience and our ‘hero’. Steven, his family and his friends talk in a clipped and stilted manner, as if somehow, the actors had never seen the screenplay till just before the cameras started to roll. It’s a deliberate delivery that highlights the mundanity of their day-to-day lives and adds a dreamlike quality to the film in much the same way Werner Herzog’s Heart of Glass. (I’m not suggesting Farrell and co were hypnotized, but I’m also not putting that past Lanthimos.) It’s not just the delivery, but the words themselves. These are sentences that reveal nothing as they reveal too much. At a formal gathering of fellow surgeons, Steven and Anna inform friends that Kim has had her first period. It’s told in the same way one would announce the arrival of a gas bill and goes nowhere. Kim will echo this delivery later on. In summary, their lives are dull, and all emotion has escaped their tongues. 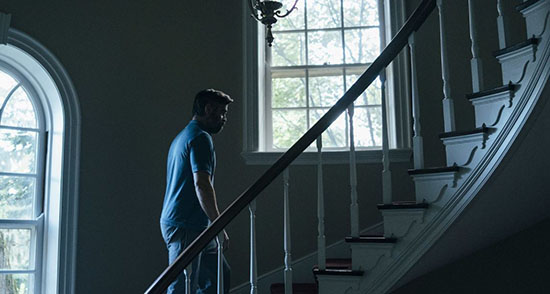 Martin, for all his machinations and magic realism, is equally mundane. He is, however, the catalyst for everything that goes wrong and, in doing so, throws buckets of emotion over those he meets. He might be a potential evil wizard, but he brings Steven and his family out of themselves. They become less guarded, less particular in what they say. One sibling requests – actually begs – to have the iPod of the other when they die. It’s not done so they can have a keepsake, it’s so they can have an iPod. Along with this previously untapped emotion and selfishness comes unbridled violence, which Martin is more than happy to inflict on himself if it makes Steven happy. Steven is the new patriarchy after all, and Martin wants to love him as much as he wants to smash him. 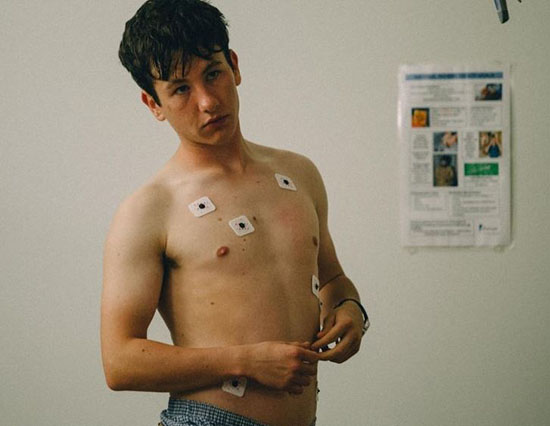 Perhaps more accessible than The Lobster, but just as confronting, The Killing of a Sacred Deer is like being caught in a nightmare where you’re drowning in suburbia and no one can hear your cries for help. It’s a violent, stunning and vicious attack on family values that must be seen to be believed.