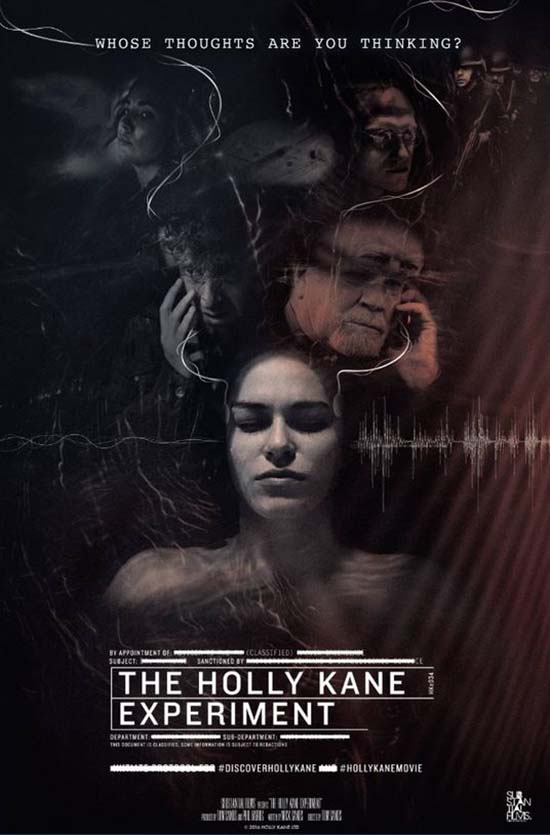 An obsessive psychologist attempts to reprogramme her subconscious mind, but when her actions become increasingly uncharacteristic she fears her experiment is dangerously out of control.

In The Holly Kane Experiment (2017), the titular character (Kirsty Averton) is an isolated young psychologist who spends her time tweaking a do-it-yourself website about her subliminal mind-control techniques, and having beers with her chemist turned-drug-dealer friend. When she gets a call from the local hospital to help a patient manage surgery pain, Holly winds up with a malpractice lawsuit when the patient’s feelings fail to return.

This does nothing to brighten Holly’s daily routine of typing and submitting herself to drug-induced brainwashings, but things look up when she runs into the dorky yet charming post divorcee Dennis MacIntyre (James Rose.) Despite his overt fear of surveillance and clear history of mental problems, Holly takes a shine to Dennis. The two get along fine, until Holly’s professional idol, Dr. Marvin Greenslade (Nicky Henson), shows up to fund her research and make her malpractice charge disappear. Despite being several decades her senior, Dr. Greenslade comes on to his new protegee, and she accepts his advances, albeit with the vigor a sofa cushion exhibits when accepting the advances of an amorous puppy. 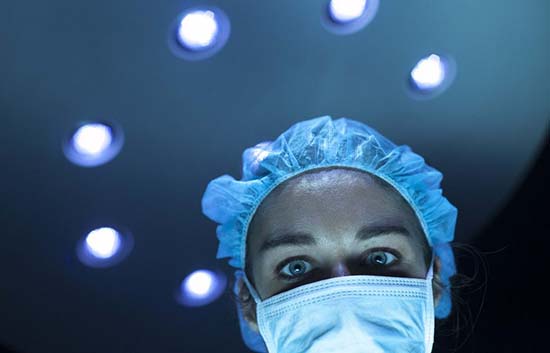 This is out of character for Holly, who is normally emotionally unavailable due to her fear of becoming a schizophrenic like her estranged sister. This is soon explained when Holly realizes that Dr. Greenslade has been using her own brainwashing techniques against her in an effort to make her fall in love with him. Her realization is short lived, as Carl Gower (Matthew Neal), a goon from the government intelligence cell that Greenslade works for, shows up to subdue her for another brainwashing.

Holly’s savior comes in the form of her rejected beau, MacIntyre, who just so happens to have been a high-tech intelligence guru before becoming a—well, a stalker. Still, MacIntyre proves pretty resourceful when the Gower tries to convince him he’s crazy, and fights through the madness to evade the powers that be. Also resourceful is Holly’s druggist friend Jeannie Callaghan (Lindsey Campbell,) who gets her revenge after Gower he steals the recipe for Holly’s drug cocktail by threatening her bare nipples with a safety razor (yep, this actually happens.) 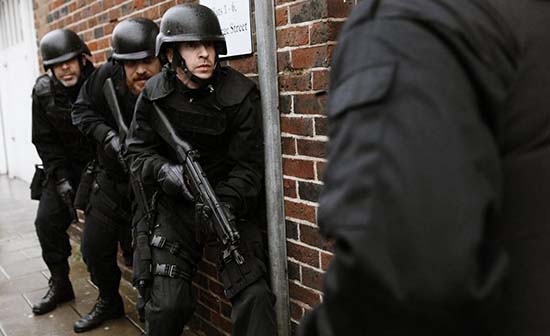 Everything wraps up fairly cleverly, but The Holly Kane Experiment fails to keep up a steady pace, trying to spread a short film’s worth of content into a padded hour and forty-three minutes. We see dull London skies, brooding actors, and lots of shadows, but scant action, which hampers any sense of tension that director Tom Sands struggles to create. Working from his father Mick Sand’s script, Tom brings a variety of enviable shots to the film, and captures the gloomy yet quaint atmosphere of Brighton and Sussex expertly. Some of his shots—particularly the sensory deprivation tank scenes depicting Holly floating listlessly in a dark black sea—are truly beautiful. The only scenes lacking were the couple of sex scenes between the aged Henson and Averton; while these are supposed to be cringeworthy because they are acts of rape via brainwashing, they’re instead cringeworthy due to the impossible angles and utter confusion about the technicalities of copulation they reveal. I’m still unsure if, in the first of such scenes, the pair was supposed to be having sex, or if Henson was simply convulsing on the sofa seat after fumbling with Averton’s shoe.

The actors in The Holly Kane Experiment perform valiantly for the most part, and do their damnedest to put meat on the scant script. Averton has the toughest job of it, as most of her screen time is spent staring vaguely at this or that, and somehow conveying the hopeless isolation of her character as best she can. Rose’s oddball romantic counterpart is a standout, and he manages to juggle the competing nutty and charming aspects of his character deftly. Campbell’s portrayal as the level-headed drug dealing friend is equally notable, and the fact that she bares the only nude scene (and in a rather poorly set up home-invasion bit) suggests to me that she needs a better agent. The only one who seems out of place in the whole affair is Neal as the government thug—I expected to see splinters protruding from his gums, given how much scenery he was chewing on. To his credit, it’s potentially a directing error more than his own mishandling of the character, as his David Sedaris-turned-violent sociopath vibe may have been more at home in a pulpier film, one where overt rage wouldn’t stand out like a sore thumb.

Ultimately, The Holly Kane Experiment earns praise for stunning visuals and solid performances, but the core concept and script just can’t deliver a fraction of the tension needed to hook anyone beyond the DVD cover. As a short film, the idea might have floated, but dull English skies and brooding faces are poor fuel for a suspense film.