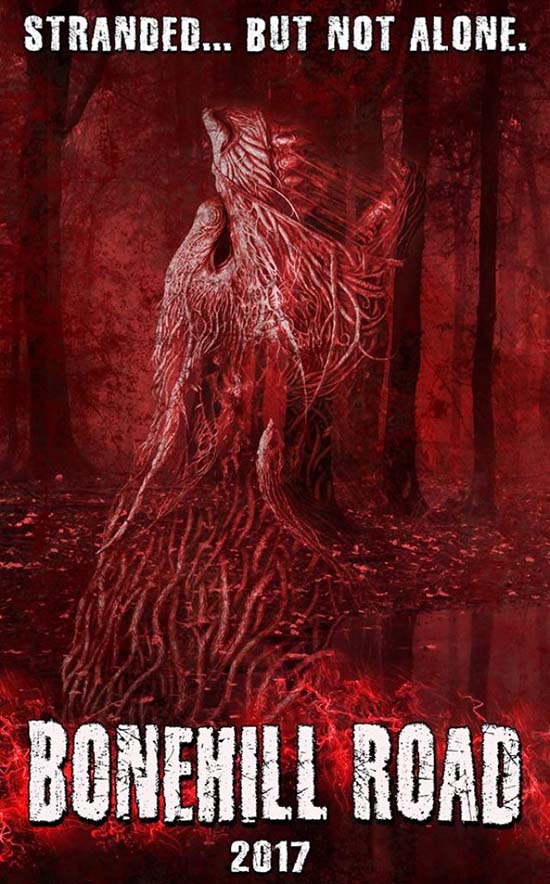 Bonehill Road is an homage to classic monster films like The Howling and An American Werewolf In London. In some ways, it is a throwback to the films we grew up with… the real horror movies that we all love so much, and in another way it is a modern horror flick that uses old school techniques, including Practical Monster Effects. NO CGI at all here. Our goal is to make an exciting, scary monster movie with some really cool werewolves.

Todd Sheets. He’s been around for quite a while now, cranking out movies with budgets that wouldn’t get you a reasonable used car without a dead body or two in the trunk. Yeah, he has that ultra-micro-budget thing covered. Not to say that his films are really good. For years, I referred to his last name with a word that sounds kind of like “Sheets”, but it isn’t something you want on your sheets, if you know what I mean. 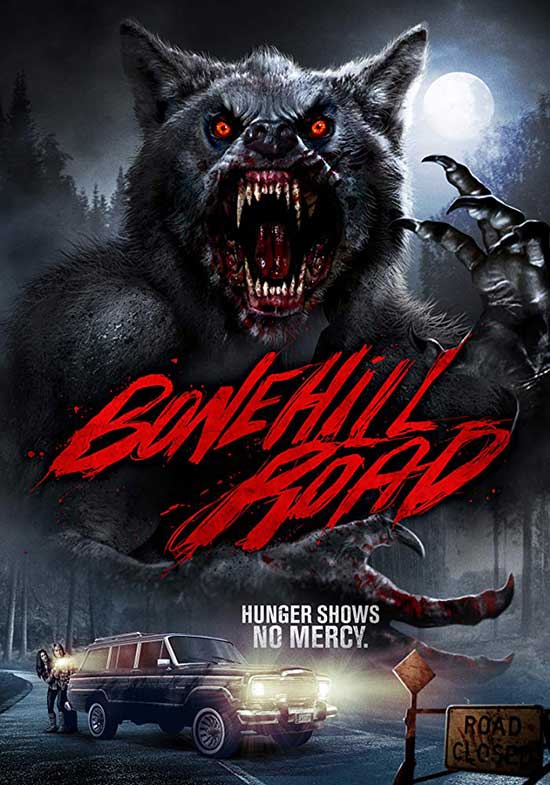 Oh, the films WERE that bad. Basically, excuses for gore broken up with moments of half-hearted storytelling that didn’t make much sense done by – well, people (because none of them seemed to be actors) who probably owed Todd money or a favor.

Even though the films were pretty shoddy and cheap looking, they developed a fairly dedicated fan base built around one element that Mr. Sheets has never skimped on, and that is gore. Blood, guts, graphic violence, and viscera by the bucket. You could always count on him bringing the red stuff even if everything else was subpar.

Being a one-note filmmaker wore a little thin, and I admit to dismissing him and his films since the mid-90s.

His budgets have not improved over the years, and he still leans heavily on the gore, but “Bonehill Road” is not the same as his early films.

The film starts with domestic abuse as a guy taunts and beats his wife. When their daughter comes in during the beating, the guy turns his attention to the daughter. As the jerk attempts to pick the lock on the daughter’s room, Mom cracks him with a skillet, and the two women scarper before he can do more damage. 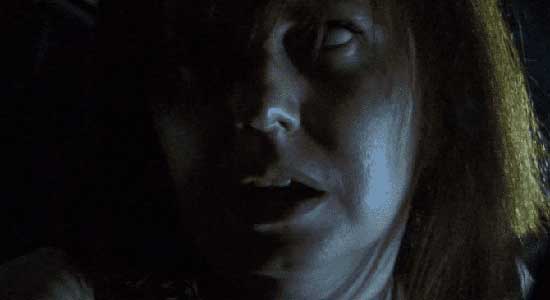 However, luck is not on their side. First, we find out the mom is pregnant again by way of the abuser they left behind. Then, they almost hit something, only to realize there is something horrible hunting them. In fact, the creature weakens one of the tires with a claw. Even though they are making good time getting away from whatever it is, the tire blows, and they crash into a tree. The cell phone dies just as they attempt to call the mom’s father, and the phone charger was left behind during the opening fight.

If that wasn’t enough, whatever attacked their vehicle earlier has tracked them down, and it brought friends. Big, hairy, and fanged friends.

Did I mention that our main characters are not having a lucky day? Well, even while surrounded by snarling werewolves, they find a house into which they rush to avoid a savage death. Their luck has improved? No. The house has victims bound to the kitchen chairs, and a looney the two fleeing women met earlier in the day at a rest stop.

The story is not a problem here as it does what is needed. Plot elements are there to keep things moving, and a heck of a lot seems to be packed into the running time. Given a description like that, you might expect a choppy, episodic movie. That’s the old Todd Sheets. The Todd Sheets that made “Bonehill Road” is a guy who has learned how to make a film that flows and even gives a couple of characters a bit of room to evolve gradually. 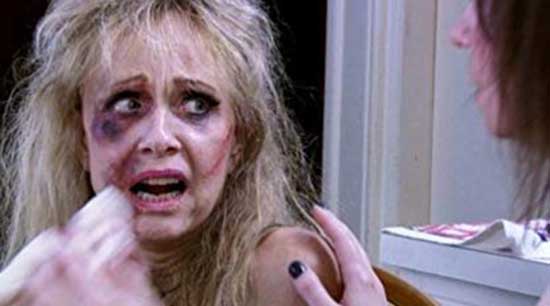 It is refreshing to see a mostly self-taught filmmaker learn that what happens between your impressive gore set pieces is almost as important as the blood. “Bonehill Road” feels more like a well-rounded film when compared to his first movies, and that certainly helps make the film watchable. In fact, Sheets managed to do something that major Hollywood movies haven’t for over 10 years; he caught me with a jump scare. It was so seamlessly blended in with a casual action by one of the actors that it did not smack of a set up. Glad I wasn’t eating a bowl of cereal. 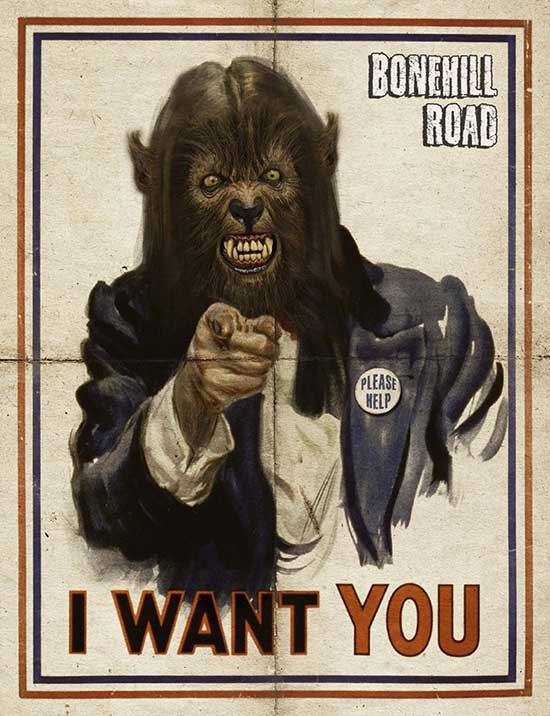 Do all these nice words mean that the film is great? No. The acting is kind of all over the place. The film just ends with no sense of closure and a LOT of stirred up emotions, even though you do get a fairly funny after-credits scene that you really should hang around for. (The extra scene does NOT help resolve the main story/characters.) The effects are low rent, but Sheets shoots the werewolves and their violence in a way that provides gore and suggestion without overselling the costumes, which are pretty darn awesome when you consider the budget. 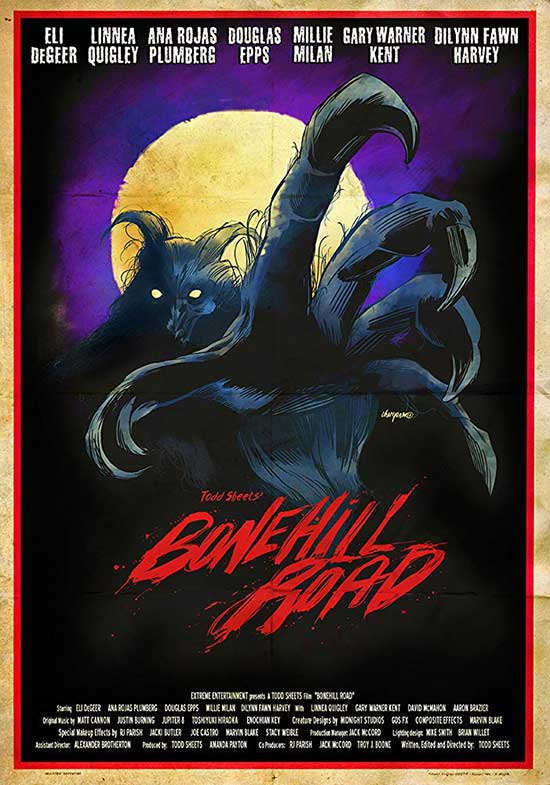 The budget is an important factor for “Bonehill Road”. The budget is listed as being just under $14,000. If it is accurate, then Mr. Sheets pulled off something that Blumhouse and other “low-budget” horror production companies should check out: How to make a functional movie for less than the catering budget on an A-level production. Yeah, it is rough, but the editing pulls it together and makes the movie feel more impressive that it really can afford to be. 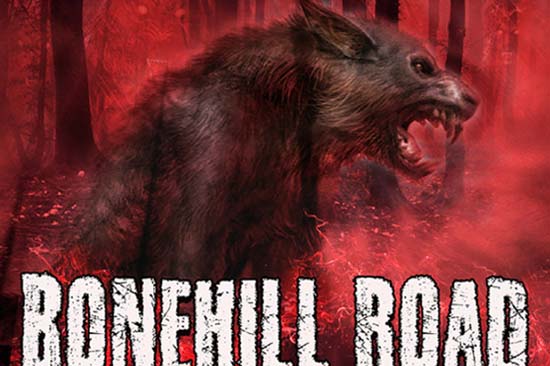 Todd Sheets has definitely learned to make his cheap horrors feel more like upscale indie horror films over the years. And that growth has intrigued me enough that I think I will go back and check out some of Sheet’s films that I avoided over the years. Being able to say that about someone whose work used to cause giggles and eyerolls is a fairly strong recommendation. 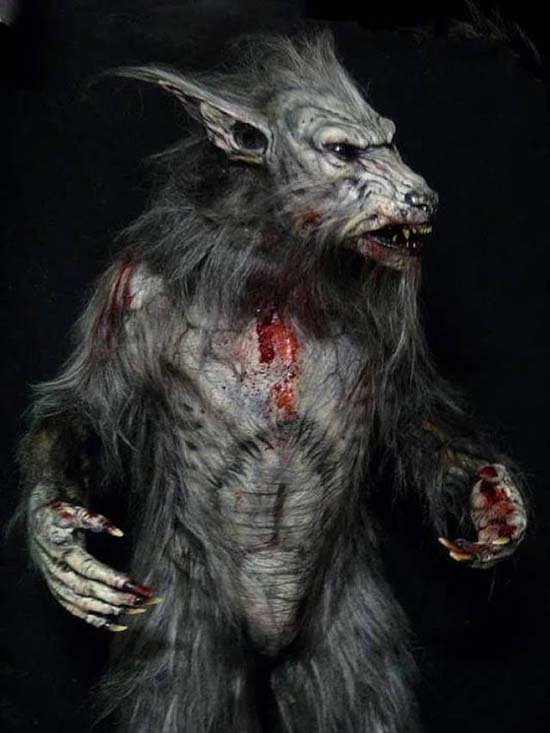 If you want functional horror on a budget, here you go. If you want something that isn’t down and dirty, you may want to wait for “IT-Part 2” (with all of its telegraphed and pointless jump scares intact).